Latest REINZ figures show sales hit a six-year high for a July, but prices have eased - though the market remains very tight

Latest REINZ figures show sales hit a six-year high for a July, but prices have eased - though the market remains very tight 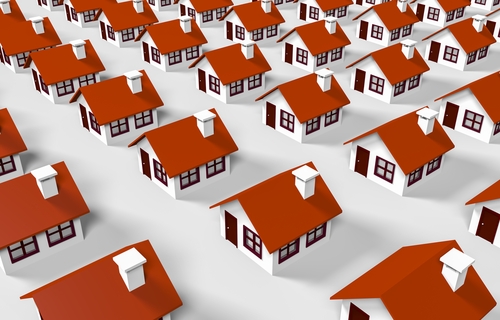 Image sourced from Shutterstock.com
Last month was the busiest July for house sales in six years - but prices eased, according to the Real Estate Institute.

Auckland's annual rate of house price inflation, which had soared to nearly 20% by June, has eased back markedly to 13.9%, after a 4.4% fall in the past month.

The heated state of the market has been of concern to the Reserve Bank, which is looking at introducing "speed limits" on high loan to value lending in an attempt to protect financial stability and to partially rein in prices - particularly in Auckland. See here for articles on LVRs.

The Government is also concerned and has just announced new measures aimed at alleviating the politically-loaded situation of first home buyers being potentially locked out of the market by rising prices.

The latest figures also back up the picture painted by the figures of available listings, which have increased somewhat over the past month - suggesting that the recent rises in prices have encouraged more people to sell. However, most of the new listings are tending to get snapped up and inventories remain at low levels.

Given these low levels of listings, the question will remain as to what will happen when there is the traditional Spring upsurge in house buying interest.

"Despite the increase in new listings, the market remains tight and overall inventory levels are still very low," Turner said.

The REINZ Stratified Housing Price Index, which adjusts for some of the variations in mix that can impact on the median price, is 8.6% higher than July 2012 and eased 0.5% compared with June. The Auckland Index has risen 13.9% compared with July 2012, the Christchurch Index is up 5.4% and the Wellington Index is up 3.7% - however, the Auckland Index was down 4.4% from June 2013 while the Christchurch Index was down 4.1%.

"The RBNZ has expressed its concerns around the financial stability risks from the buoyant housing market, and we see a strong possibility the RBNZ introduces restrictions around high loan-to-value lending growth once technically feasible," Turner said.

"We are still waiting for the RBNZ to report back on its recent consultation on the implementation of this new macro-prudential tool."

REINZ' chief executive Helen O'Sullivan said there were 6777 dwelling sales in the month of July, up 14.7% on July last year and 10.5% higher than June. See here for regional pricing information.

"It is the most active winter the residential real estate market has seen for a while, with the volume of sales higher than would normally be expected for this time of year. Reports from agents around the country suggest that first home buyers are moving quickly to secure properties ahead of any move by the Reserve Bank to impose lending restrictions on buyers with lower deposits," O'Sullivan said.

July is usually one of the quietest months in the real estate calendar with new listings and sales at low levels.

"As far as buyers are concerned the normal winter slow down hasn’t happened this year, with volumes up strongly on July last year despite school holidays occurring in the middle of month," O'Sullivan said.

"The increase in new listings in the month contributed to buyer activity which coupled with the easing in prices suggests that the main constraint is very much one of supply. Stock levels across almost all regions are now particularly tight.

“The issue of housing availability remains a key for Auckland and Canterbury, but this is also now being seen in other parts of the country."

Auckland Council promised an average 2.9 per cent increase, but some homeowners are looking at double-digit rises on top of higher water bills and house insurance pumped up after the Christchurch earthquakes.

"A vicious deflationay capital spiral collides with an unwelcome inflationary cost structure" Which describes the next 30 years in everything from shares to property as it dawns on ppl the amounts they have paid out wont see a return they expected, due to rising costs like energy.
regards

"Last month was the busiest July for house sales in six years - but prices eased, according to the Real Estate Institute."
Prices "eased" despite a tight supply which goes to show that a free market works.
Interference in the market by regulation as the RB wants, will push prices and rents up.
The same ideas  were introduced in Malaysia and some other Asian countries with the consequence that prices rose even faster and higher.
http://www.thestar.com.my/Business/Business-News/2013/08/10/Cooling-off-measures-choke-supply-Moves-to-cap-property-prices-could-backfire.aspx
Watch this space.

Prices "eased" despite a tight supply which goes to show that a free market works.

Not in the historical house index data stakes - beginning with this REINZ release access to data comes with a $300.00 annual price tag - how covenient in a month that records a severe fall in AK property prices in front of looming RBNZ LVR restrictions.

When its more expensive to buy in Auckland than in New York, that is really really scary. I'm glad I'm not in the property market right now. This is going to get really messy. Put it in perspective. We are a small island nation with less people in the whole country that in New York, we are totally out of the way in terms of trade. We are the next NZ equivalent of the Celtic Tiger.

"Celtic tiger" and this is what really worries me, worse of course Ireland had/has the EU to bail them out, NZ has no one.
Hence the OBR might save our collective asses...default is in the air IMHO...but then Im a gloomster...
regards

If you can pick up a house on a quarter acre in new york for under $600k I'll be impressed...

MK ..... but Auckland is way  "different" to New York ....it will NEVER happen here, just ask YL, SK et al ..."rock solid" investment with a strong continuation of capital growth ! ...but they don't worry about the LOW gross returns !! as they can offset the mortgage interest payments etc against the rental income ..tax refund BONANZA !! and it really helps the GDP of the economy :) .....and don't forget, according to YL, they are doing "God's work" by providing warm, dry and comfortable accommodation to all those potential first home buyers who have been priced out of the market !  Very noble of you YL :)
Also our banks are totally strong and robust and coupled with maximum profits they are making ....there will NEVER be a banking collapse !
Also EVERYONE in the entire WORLD wants to emigrate to Auckland ....there is no better place to live in the world !
How can you compare 5th Avenue with Queen St ??? ......cheap and nasty souvenir shops win hands down...... everytime  ;)

The fallacy of insufficient data and averaged numbers
One possible reason for these results is the high-rollers have had their fill for the moment and are taking a breather, resulting in reduced numbers of high value houses being transacted, while the peasants down at the bottom of the totem pole are being caught up in the frenzy and chasing the bottom of the barrel, transacting equivalent numbers of lower priced houses in the outer suburbs. The smart money always leads the way.

Best if he sticks to forecasting the cost of lattes , henceforth ....

... as BigDaddy says , all the dibbly-dobbly tweaking by the RB & the gumnut is guaranteed to back-fire .... and prices will resume their upward trajectory sooner , rather than later ....

We seem to be in a trend of record monthly volumes. If prices do ease or even plateau, that doesn't feel like a supply constrained market. But then real estate agents and developers will always push the supply constraint barrow - they've stopped making it you know.