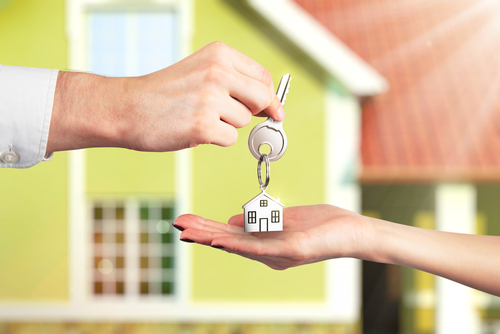 In his "Weekly Overview" Alexander said young people were aware that house prices were rising strongly.

The were also aware of the shortage of property in Auckland. And they felt "more and more in terms of not just getting a foot on the ladder but staying on the ladder at a reasonable rung as well".

"So young buyers speak in terms of, first of all buying a property as an investment, while they continue to rent themselves, then down the track selling that property and using the expected capital gain as part of their deposit for the home they will live in," Alexander said.

He said this thinking helped to explain why the recent BNZ-REINZ Residential Market Survey reported a far smaller backing off of investors than first home buyers following introduction of the "credit controls" [Alexander's parlance for the LVR limits] on October 1.

"Young people are themselves becoming investors and courtesy of the credit controls have been incentivised to become even more so," Alexander said.

He predicted that this would lead to a "boom" of Auckland's inner city apartment market.

"Young people want to get their foot on the ladder and the neatness and lower price needing to be paid for an apartment as opposed to a house and all the maintenance and landlord-type issues that brings makes buying an apartment as an investment very attractive," Alexander said.

Alexander said that faced with the RBNZ's decision on what to do about rising house prices, he would have "taken a different route" and more sharply increased the bank capital requirement for high LVR lending.

"In that way the risk which the RBNZ is seeking to contain will be better priced into the market and people are freer to choose to pay for the risky debt level they want rather than having to queue for it."

Alexander said that "before we get too critical" of the RBNZ it paid to remember that the central bank was trying to grapple with something increasingly concerning central banks in other countries – booming housing markets bringing worries about bubbles developing.

"Such concerns are being expressed in Australia, the UK, and Germany.

"In addition the RBNZ wish to mitigate the extent to which the NZ official cash rate will eventually need to be raised to contain cyclical inflationary pressures. The smaller the extent of the cyclical OCR rise the less the upward pressure on the NZ dollar and the less the damage to the export sector.

"But given the extent of the housing shortages in Christchurch and Auckland and the wave of catch-up buying to be done by investors, first-home buyers, and now new investors, the chances are high that the OCR will have to eventually be firmly boosted though we can only guess by how much at this stage."

"But given the extent of the housing shortages in Christchurch and Auckland and the wave of catch-up buying to be done by investors, first-home buyers, and now new investors, the chances are high that the OCR will have to eventually be firmly boosted though we can only guess by how much at this stage."

And yet others are leaning towards a lighter touch in respect of rate hikes. From Soc Gen:


Although we assign a very low probability to a decision by the FOMC to increase asset purchases at its October meeting, it is not a possibility we can ignore. Assuming the Fed does not increase asset purchases this year, we consider the bottom of the range on the 10yT to be 2.40%. The market impact of an increase in Treasury and/or MBS purchases would be to rally the long-end of the curve back towards 2.00%, destroy volatility (again), possibly tighten the mortgage basis, and supporting equity, credit and emerging markets.

The potential downsides to increasing asset purchases would be that (1) the market would assume the FOMC was focusing on a very grim economic picture; (2) the perceived risk of inflating asset bubbles in various market segments would rise; and (3) the FOMC may run into a credibility problem (again) by whipsawing the market. Read more

Yet another highly speculative,simplistic theory from celebrity economist Tony Alexander. Don't why I waste my time reading this rubbish.

We want people to invest, but productively not speculatively.
This can hardly be a a new theory but I would like to see it put to the test. The money we have can never increase in value as the more the more in circulation the less each units worth, so it is only worth the total of all the things and services that can be possessed and received by everyone in the economy at any given point. If money value doesn’t increase we can only improve our productivity by producing and improving more or better things that we can possess and receive. Understanding that theory means to accrue more wealth/value and prosperity we need to divert speculation particularly housing to invest into actual productive ventures. This means speculation over the greater population would be wasting valuable human resources and money creating nothing of actual value inside our economy (creates money but not value). Most importantly investing in speculation, particularly housing speculation is wasting an opportunity to invest in production, construction and improvements. Ultimately without any speculation (not that I suggest this) property will be worth only the bare value, which is fair. Speculation tax introduced over 5 years?
These laws mean the gates will now be left open to foreign investment and speculation. New Zealand being resource abundant in comparison to foreign countries has always only had something to lose from these interactions especially if you think, as I do, we don't gain from taking their money only their products/services.

Id add that a dollar bill is an IOU for work. and I'd say that work = energy and that by and large equals fossil energy, specifically crude oil.  For now on we wont be having any more per day in the global economic system, so all the ones and zeros now created are not under-written by energy.
regards

Maybe on a global basis, but there is no shortage of alternative energy in NZ. I spent the weekend in Wellington with a electrical engineer. We visited West Wind -60 or so wind turbines. Farms like this are consented all over the country and the electricity industry is just waiting for the conditions to be right to introduce them. Meanwhile battery technology is developing - a zinc battery is almost finnished its development cycle that can charge/discharge many more times than standard batteries. Combine this with the ever reducing cost of PV panels and soon residential housing could go off grid.

So if money is ultimately back by energy then the NZ $ is still a store of value IMHO.