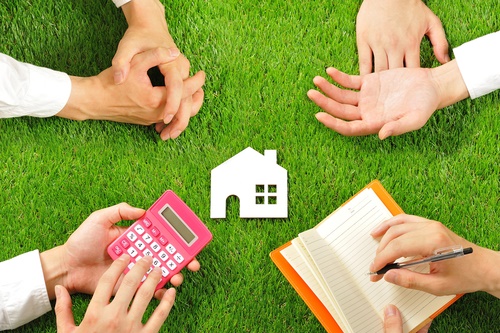 The seemingly unstoppable growth of housing investment is taking at least a pause for the moment, ahead of the October 1 official introduction of new LVR restrictions targeting investors.

The key thing to note is that banks have been effectively applying the new rules virtually from when they were first announced on July 19 - so any dampening impact could be expected to show up in the figures from late July onwards. And it is.

The RBNZ's lending by borrower type figures for August show that the overall share of new mortgage lending going to investors in the month dropped sharply to just under 33%, from 37% in July and nearly 38% in June. Previously the ratio had been rising strongly.

Separately, the lending by LVR figures for August, also just released, show that in Auckland the percentage of new mortgage lending that's going to investors dropped to 41.3%, from nearly 46 in July and almost 48% in June. The investors in Auckland had previously been a seemingly ever-rising tide too.

It's possible first home buyers are seeing this pulling back of investor activity as an opportunity.

While the overall total of new mortgage money advanced in August fell, the amount secured by first home buyers surged some 10.3% to $760 million.

In the month the first home buyers accounted for 12.4% of the new mortgage money advanced, which was up from just 10.9% in July and represented the highest proportion of the monthly total made up by first home buyers in at least a year.

Reserve Bank Governor Graeme Wheeler said last week he was seeing initial signs that its new Loan to Value Ratio (LVR) controls on landlords announced in mid-July, along with tighter lending criteria and a lack of pass-through of previous OCR cuts by banks, was moderating the housing market.

The August figures show there was $6.114 billion of new lending in total during the month, down from $6.312 billion in July, $6.803 billion in June and a stratospheric $7.287 billion in May. The August figure is however still slightly up on the total at the same time a year ago, when it was $5.940 billion.

The question in coming months will be whether the latest figures show the start of a slowing trend in the housing market - or whether they demonstrate close to the full impact that the new LVR measures will have.

Regardless of how effective the new LVR rules are, the RBNZ is widely expected to follow up with new debt-to-income rules early in the new year - assuming it gets agreement from the government to introduce these and add them to its macro-prudential toolkit.

What will we complain about now!!!

The price of our coffees

Down in auckland , up outside of auckland

wont stop houses rising in price, still plenty of demand out there. the whole world can buy our houses and the RBNZ has no control over them

And the rest of the world is clamping down on the cancer. We are the only ones actively encouraging it

Now we can see where the 40 odd percent of foreign buyers are really getting their money from.

They should be quite happy, a few less kiwi investors bidding against them at the auctions.

At 41.3% of mortgages going to Investors in August it doesn't sound like the wings have been clipped.... perhaps a small trim however the BIRD is still well and truly flying ..........

"Separately, the lending by LVR figures for August, also just released, show that in Auckland the percentage of new mortgage lending that's going to investors dropped to 41.3%,"

Investors are buying at a time when, despite prices being at record highs, rents have actually gone down (5% lower over the last year in Auckland).

Add in the fact that interest rates are likely to only go in one direction, and there will inevitably be some "wing-clipping" going on.

Rents are linked to wages. The value of a rental property is linked to what rents are paid. Any increase above rental return is largely bubble.

What about it being winter. Also what about margins of error. Less people looking and less people selling in winter. The real proof will be over the next 3 months

Absolutely!
This time last year a few people sold in Raglan thinking the markets' run up was long in the tooth and it was time for the elevator ride downward. Summer came, then winter, and yesterday I ran into a friend who was telling me last year he had jumped the gun and sold to soon!
I believe we are in for a repeat of last year, and come April prices will be up from where they are today. New Zealand housing market is unique in the sense that no other country in the world has the attributes our country offers. New Zealand property has to be valued relative to overseas buyers capacity. The world has their eyes on New Zealand. Whereas 20 years ago we were relatively unknown, today we are front page news in most developed countries, not to mention underdeveloped ones, and hordes of people want to emigrate here, and if this manganese nodule exploration of our territorial waters pans out next year, we will see another huge influx of workers and immigrants coming to our little jewel of an island in the South Pacific.

Does not bear thinking about

"New Zealand housing market is unique in the sense that no other country in the world has the attributes our country offers. " You mean open slayer for all to buy up, no tax of foreign buyers and overpriced damp cold homes?...yes have to agree with you there.

Here you go, just a sample page, you can view others, translate and weep http://nz.hougarden.com/search/rental?regionId=36

Their main aim is to get money out of china. Nz property is a good way to do it as they pay no tax.