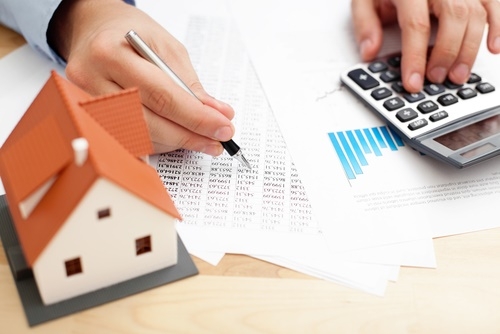 In contrast, the amount of money borrowed by first home buyers rose in what was officially the first month under the new Reserve Bank 40% deposit rules for housing investors.

The RBNZ's lending by borrower type figures for October show that the overall share of new mortgage lending money going to investors in the month dropped to just 27.1%.

This series of figures has only been produced by the RBNZ since August 2014.

But that 27.1% figure is easily the lowest share by investors in that time, beating the previous lowest of 28.7% in October 2014.

The drop in investor share has been marked since the new rules were announced in July.

The new nationwide 40% deposit rule for investors didn't officially kick in till October 1. But the thing to note is that banks effectively applied the new rules virtually from when they were first announced on July 19 - so any dampening impact could be expected to show up in the figures from late July onwards. And it certainly did, but the impact has very much continued in the latest, first 'official' month.

The question asked now will be how long the impact lasts for. It's fair to say also that other factors apart from the new LVR rules have been in play. Interest rates are now starting to edge up again, while banks have shown signs of starting to 'ration' credit.

The total October borrowing figure is down some $1.434 billion from that in June. But over three-quarters of that drop (over a billion dollars) is accounted for by the retreat of the investors.

Separately, the Reserve Bank's figures detailing Auckland LVR figures show that in the country's largest city the share of mortgages going to investors dipped below 40% in October, having been up as high as nearly 48% in June.

Auckland of course already had differential rules for investors previously, with the RBNZ having put a 30% deposit rule on for Auckland investors in October 2015.

This rule was replaced by the nationwide 40% investor deposit rule.

First home buyers get a break

In terms of the nationwide picture, it has been thought that the backing off of investors will leave more room in the market for first home buyers - and the latest figures would tend to suggest that's happening.

In the latest month first home buyers borrowed $768 million, which is $50 million more than in September.

If you go back again to June, the first home buyers then accounted for just 10.8% of the total borrowed right around the country.

While the Reserve Bank has been very cautious in making any judgements on the success of the 40% investor deposit rule, it is likely to be delighted by the latest figures.

The RBNZ is of course hoping to follow up the latest measures with debt-to-income ratios and has approached the Government about adding DTIs to its macro-prudential toolkit.

And the RBNZ will also likely be pleased with the latest figures showing the proportion of new lending that's on interest-only terms. This had been growing earlier this year.

Since the July announcement of the new investor LVR rules, the proportion of new lending being done on interest-only terms has fallen from over 40% to about 35.5% in October.

Investors have again been a significant influence in this fall.

As of June investors accounted for 52.5% of interest-only lending. This figure had dropped to 40.4% by last month.

I think the fact that the banks stopped lending against overseas income was a precursor to the investor retreat.

All those ads you hear/see on the radio/tv for companies such as Propellor Properties, NZ Invest etc, put me firmly in mind of 1987 when we had a similar situation with the share market, we all know what happened then. Yep, you stand a pyramid on its pointy bit and you got imminent trouble

meh I understand where you come from, but at the end of the day if you have a deposit and can afford the mortgage (even at the upcoming 6-8%) then just buy it. yes it will feel like buying a second hand corolla for the price of a ferrari. Not something I would do, but I decided to leave the country anyway

Muntijaqi - with all due respect I have been reading here that smart money has left for a few years now.
It's now starting to sound funny.

Should be re titled...speculators back off. No more cap gain to be had.

This has to be a sign of the end: http://m.nzherald.co.nz/business/news/article.cfm?c_id=3&objectid=11753…
From the article: ""Buy now," says a top Auckland residential investor, because the city's real estate market has finally turned and places usually bought by investors are going for up to 30 per cent less."
That makes sense, right?

Sometimes in life you have to get on and just do it. I first bought in the late 80's in London. I knew I was probably buying close to the market high but I was young an wanted to move on and yes the prices dropped but when I wanted to move 5 years later it had recovered and I had built up capital in the meantime and then was able to move up the ladder. The biggest mistake is to be over leveraged and not able to make capital repayments so unless you are in a position to do that I wouldn't advise buying.
I had some friends who sold property in the late 90's taking a view they would be able to buy back cheaper. They never did and it's a sad story 20 years later.
Ultimately a house is for living in.
I'm hearing building projects are being cancelled delayed all over Auckland as the developers can't get the funding so apartment blocks that were going to be build won't go ahead. Also the costs have been blown out of budget consequently expect a. Some developers to go bust with some big headlines and b.as a result the housing shortage will remain for at least a couple of years yet and could easily be 5 years.

So true. Buy a house if you're going to live in it. Obviously don't be a plonker and buy a lemon. Just use common sense and you'll be alright.

It is extremely rare to find people who were successful by selling in the hope of buying later for a lot less. It usually is a sad story especially when you ask them if they could have afforded to hold on and they could have.
Buying apartments off a plan seems a bit perilous. A lady at work was telling me that they just told her today she has to now pay another 50k+ for the place. Quite unexpected apparently.

Zach,
That is exactly what is happening. The costs have gone up 20% in last couple of year. The developers can't get funding from the banks as the margins are now too skinny so the developers are having to go cap in hand to the potential buyers.
It's not good for fixing AKL's housing shortage.

It may be rare but certainly not non-existent. We sold up in california back in 2006, and have rented until this year, where it finally became cheaper to own than rent (Hawke's Bay, NOT Auckland). Selling up at the appropriate time can be done... if I lived in Auckland, I would have sold early this year. We didn't move to NZ for more than a year after selling in CA. In our final year in CA we rented a really flash house overlooking a bay for about half of the interest cost of the mortgage, as the owner was looking for some kind of cash flow whilst futilely attempting to sell at last year's going price... the house we sold lost almost 50% of its value in two years and still hasn't recovered ten years later.

Surely if you sold up and moved back to NZ in 2007 and bought a house or unit in Auckland instead of renting you would be significantly better off now.

That would require living in Auckland... not our first choice.

I've done very nicely by holding off and buying only in downturns ........ in equities that is!
But as we all know, NewZealand housing is exempt from the normal market economy cycles that apply to all other investment classes. It is a unique species, fully insulated from world economic events, that has evolved like Galapagos iguana in isolation and will carry on in the same unmodified fashion, endlessly growing, for millennia to come.

I spoke to a really smart, knowledgeable property guy today who argued convincingly that median prices in Auckland will drop back at least 10% in the next year.
Time will tell, I guess.

The key question is.... did the guy tell you why...???
In the past it took an external shock or a recession with rising unemployment, for the real Estate mkt to tank.. Right now the NZ economy is growing.... its not on the brink of recession.???
Dairy sector is coming out of the black hole...and Construction sector is kinda running at full capacity....

Its hard to see our Real Estate mkt tanking..??? Sideways and down a little...maybe..??

Absolutely NZ is not 'on the brink of a recession'. Around 20 million dollars has just been paid out on Adele!

Fritz you may we'll be right. I think it will be very patchy. The immigration flows will support the better areas.

The key driver of property prices is mortgage rates. It makes sense because people have a certain amount of income available (wages for own home, rental income for an investment property) so the lower the mortgage rate the more they afford to pay for the property and service. After the Global Financial Crisis, mortgage rates fell sharply and that is what propelled property prices higher.

Yeah - the low interest rates have caused prices to rise in all places that have a growing population and reasonable economies. Those three factors have caused similar price rises across a wide range of markets of a broadly similar nature.

Nah - some places have experienced much better than standard price growth and attracted a lot of speculative investment. These are all places where restrictions have been placed on supply - they include London (surrounded by a Metro Green Belt based on a planning initiative of Victorian Britain), Vancouver (within impassable mountain range/Pacific Ocean/US border triangle) and Auckland (a city with plentiful easily accessible land, but governed by a-holes).

I wonder how many of those FHBs in this RB report are actually property investors buying homes under their family members names in order to avoid the 40% deposit rules for housing investors?

No doubt Captain Renault will be shocked to hear of this.

As the market cools due to absent overseas investors, I think people are realising that they need to be more realistic about their property prices.