Dairy co-operative Fonterra has confirmed it intends to shift 160 staff to its milk plant in Takanini, south Auckland

Dairy co-operative Fonterra has confirmed it intends to shift 160 staff to its milk plant in Takanini, south Auckland 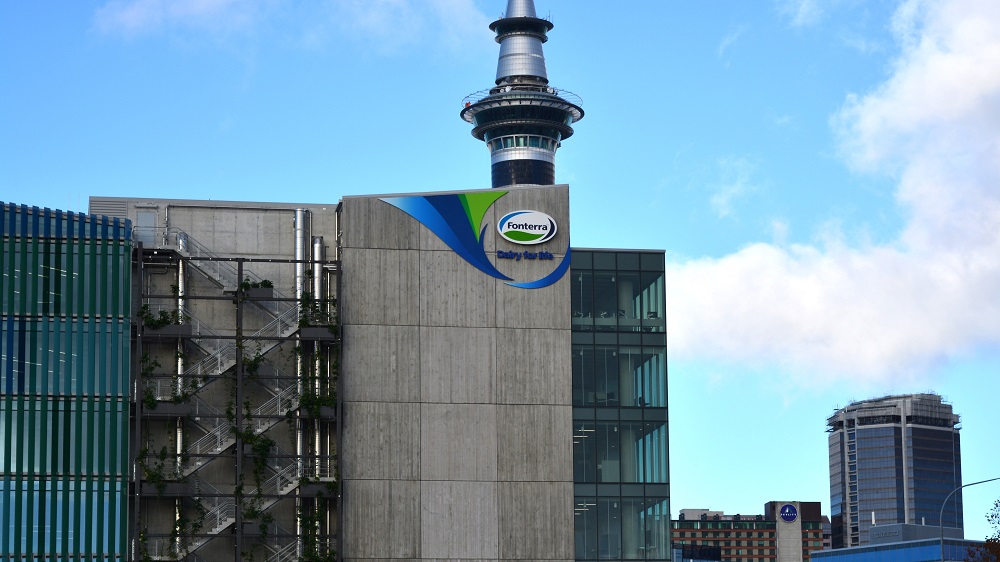 Moving out: About 160 staff in Fonterra's Auckland head office will be relocating to the co-operative's South Auckland milk plant.

Fonterra's confirmed that it is looking at relocating about 15% of staff currently working from the dairy co-operative's near-new headquarters in downtown Auckland.

At the moment Fonterra has about 1100 staff in the Fanshawe Street building in Auckland, but it is now in discussions with 160 of these to go back to being based at the Fonterra Brands plant in Takanini in South Auckland.

Staff were in fact brought into central Auckland from the Takanini plant at the time Fonterra moved into the Fanshawe Street building when it opened in 2016, so this move represents a reversal of that decision.

However, it does seem in line with the more back to basics philosophy the co-operative has been pursuing in the wake of an ambitious debt-fuelled global expansion plan that culminated in it reporting a $605 million loss for the year to July.

Fonterra Brands New Zealand Managing Director Brett Henshaw confirmed that the company had been talking to its 160 Fanshawe Street FBNZ staff about its intention to re-locate to the Takanini manufacturing site.

“We are a manufacturing and brands business and it is important for us to bring our commercial and operational teams closer together to get the best results,"  he said.

"Takanini will provide us with an ideal ‘home base’ for Brands in NZ that is closer to some of the products we manufacture.

"If we do end up going ahead with this move, it won’t be until mid-2020 - and before the decision is finalised, we still have some work to do to ensure the building and facilities can accommodate everyone."

The move - assuming it occurs - is likely to be well received by Fonterra's farmer shareholders.

The merits of a rural-based operation having shiny new office premises in central Auckland have been debated basically from the time Fonterra moved into its head office.

The head office building is on a 15 year lease from the building's owners the Goodman Property Trust and GIC the Singapore sovereign wealth fund. The building was developed at a cost of $93.4 million.

Fonterra's enjoyed some positive news and developments since announcing its annual results.

It recently revised upwards its forecast milk price range for the current season by 30c and says the price now could be as high as $7.55 per kilogram of milk solids.

The Advance Rate Fonterra pays its farmer owners will be set off the mid-point, $7.05 per kgMS, of the revised range.

Another recent positive development for Fonterra has been its hiring, in the newly created chief operating officer role, of current Mercury Energy chief executive Fraser Whineray. He starts with Fonterra early next year.

The price of the Fonterra Group shares (which can only be owned by farmers) has risen by about a third from a lowly $3.24 just prior to the September 26 release of the annual results to $4.30 at time of writing. The Fonterra Shareholders Fund units, which can be owned by non-farmers and share in Fonterra profits but carry no voting power, have similarly risen, from $3.25 to $4.28.

There's still question marks, however, over a number of Fonterra's asset valuations, particularly in Australia, China and South America and whether further writedowns in the values of those assets might be required in the current financial year.

its about time,
its a expensive monument to management,
they own a big plot of land at te rapa that would be a good location for head office
and even paying to build one would pay off within ten years

Move them back to Hamilton.
I had a short stint at their Hamilton office, much preferred that than their Auckland office.

A good move if you want good and younger staff. Why would anyone want to work in that over priced over crowded, traffic congested dysfunctional city? Boomers who got into housing before it went to the twilight zone and a few very top earners perhaps.....but for the rest of us it's one sicko place we can't wait to drive on through..

But it's Oh so vibrant as say Key and Hosking.

Good and younger staff? So you expect good and younger staff to deal with the shiteshow that is the southern motorway, or option #2, public transport in Takanini? Guarantee you won't get a lot of keen female staff working late then walking to Takanini train station at night. And parking is already a headache at Takanini.

It's utterly delusional to think that young professionals would rather work in Takanini than Wynyard Quarter.

Where do you think they live? Hint: Not in Manurewa.

Plenty of disused shearing sheds around the country. You could house half a dozen in each shed, connect them all with this world wide web thingy. Electricity is already supplied, just a desk, a chair, a computer, kettle, fridge, and portaloo outside. Gets them close to the action, view would probably be pretty good, total luxury really. You might give the CEO, CFO, and GMHR a flasher chair just to make them feel important.

The move is largely a symbolic gesture. But at least it shows Hurrell and Co actually are listening to their farmer suppliers. A really positive move after years of ignoring us. As such the dollars may not matter so much as the sentiment. They still have to deliver real dollars both in payout and dividend and reinvestment but the new managements moves to date have been IMHO good ones. The recent share price moves suggest others agree.