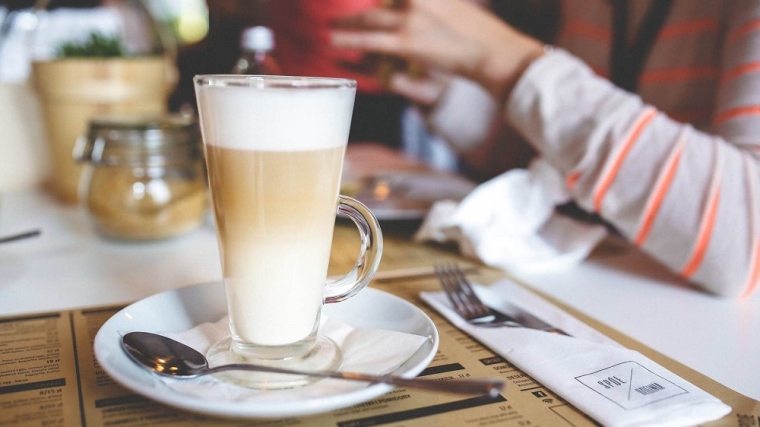 FROTHY TOP: Fonterra could be heading for one of its best milk prices for farmers this year.

It is still fairly early days, but the chances are increasing of dairy co-operative Fonterra being able to pay farmers possibly comfortably in excess of $7 per kilogram of milk solids for this season.

Such a price would be about the fourth-highest Fonterra's paid.

Fonterra itself has a current wide forecast price range of $6.55 to $7.55 - having increased the price recently from the season-starting forecast of a range between $6.25 and $7.25.

But in terms of global prices, the news has tended to just get better and better recently, and the latest GlobalDairyTrade auction early on Wednesday, NZ time, offered up more encouragement.

It's also worth throwing into the mix that the NZ dollar is since the start of this year about 5% lower in value against the US currency - further boosting the $NZ returns achieved.

Economists at the big four banks are currently forecasting prices of $6.80 to $7.15 per kilogram of milk solids.

Any price achieved in excess of $7 this season would therefore be the fourth-highest Fonterra has paid.

This will give the co-operative much needed breathing space as it gets its finances back in order with a back-to-basics strategy following a debt-fuelled global expansion plan that came unstuck.

Fonterra paid no dividend for the financial year to July and its chances of being able to pay a dividend in the new financial year will likely rest with whether further write-downs will be required during the course of this year for some of its under pressure assets, notably in China, South America and Australia.

Since announcing the $605 million loss for the July financial year on September 26, Fonterra has seen its share price recover sharply from $3.24 to as high as $4.30 on the last day of October. After settling back to $4.05 as of Tuesday the price surged again on Wednesday following the positive GDT auction outcome and at time of writing both the Fonterra Group shares (which can only be owned by farmers) and the Fonterra Shareholders Fund units are up 12c at $4.17.

ASB economists have in recent times tended to be among the most bullish of milk price forecasters (correctly). At the moment their forecast for the current season is actually at the lower end of forecasts from the major bank economists, at an even $7.

He says global dairy supply remains "tight", and it now appears that previously-firm NZ production growth is starting to soften.

"This season’s production to September is running 2.0% ahead of this this time last season, down from 3.8% ahead in the season to August. Moreover, anecdotal evidence indicates that production growth has continued to slow over October and November.

"Recall that we forecast flat production for the season i.e. 0% growth. If production growth does continue to slow as we expect, then we anticipate global dairy prices will firm further over the remainder of 2019. "

"Indeed, there is potential for us to revise our forecast higher if prices continue to lift over coming auctions. Watch this space!"

Haha, well, look what happens when management stop throwing money around on overseas ventures that are destined to fail.

Economists at the big four banks are currently forecasting prices of $6.80 to $7.15 per kilogram of milk solids.

"The ones who've got more leverage, most of those are still covering their cost of production but some of them are close to the edge," he says.
"Their interest cover isn't that great – there are a lot of farmers who are doing it tough and there's not a lot of buffer."

All increases in milk-gate prices are due to the lower NZ dollar which is still way over-valued.
Let's hope the dollar goes even lower despite the treasonable comments by the likes of Roger Kerr on behalf of his global currency specuvestors and comments from the attention-seeking Westpac economist Dominic Stephens that no November OCR cut is required.
Incidentally, why can't we have a NZ bank doing the government's banking instead of Westpac?

Supposedly kiwibank said they couldn't handle it. But I'm sure someone more knowledgeable will weigh in.

A correction in the overpriced NZ dollar will not only boost our export returns but also improve our industrial competitiveness by reducing import dependency in certain sectors (food manufacturing) of our economy.

The break-even price for our farmers has jumped to $5.87 per kg of milk solid as per the 2017-18 Dairy NZ's Economic Survey.

We are an export dependent nation, so a lower exchange rate compared to major trading partners is favourable.

More in the pocket of exporters will mean reduced debt levels for farmers, and perhaps more money going into increasing local employment opportunities associated with export.

Importers will be suffering (but allow locals to compete), while locals will have to pay more for overseas holidays. You wouldnt want Air New Zealand shares at the moment. In my view overseas holidays should always be seen as a luxury, and its high time generation y and the millennials (the entitled) recognise this. Save instead for a rainy day. As they say 'Dont leave town until you're seen the country'.

It is weird that baby boomers would call millennials entitled when baby boomers got all the entitlements....... i.e. free education with allowances, low house prices and superannuation at 65 regardless of whether they are retired or not. A couple of years of high interest rates in the 90s seems to be the fall back for how tough it used to be........ from a Gen X

How much of that is at the expense of the long suffering shareholders. Suckers.

Just another weary reminder: the Big F acts as a price-smoother, so GDT results are only one factor amongst several in terms of how raw sales by F translate into farmer payouts: a few of these factors are