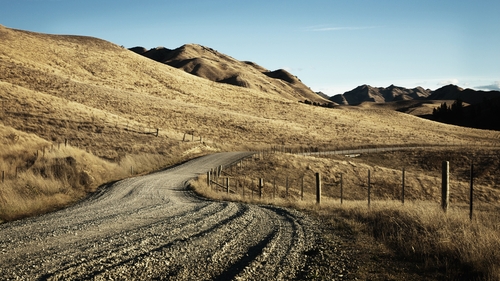 The dry weather will have a negative impact on economic growth this year and weather developments are being watched nervously, Westpac economist Nathan Penny says.

Drought has been officially declared in Northland this week, while other parts of the country are also not far off being similarly declared.

"Overall, the dry weather may take some gloss off what is otherwise shaping as strong growth during 2013. On balance, this is a negative for monetary policy and the currency," Penny says.

"That said, there are some prodigious offsetting positives in the Canterbury rebuild and heating housing market."

He says the the weather matters for the New Zealand economy.

"In the five economic recessions since the Wool Bust recession in 1967 to 1969, drought has been a contributing factor.

"New Zealand’s pasture-based farming system relies on rain to grow animal feed. While improved irrigation in some areas has reduced this reliance, rain remains critical to farming. The economy also is susceptible to drought through the dominant role that hydro plays in the country’s power generation. Hydro accounts for around 55% of New Zealand’s power generation.

But Penny says at this stage falling hydro production is less of an economic risk. Hydro lakes are at 94% of capacity for this time of year. Inflows, however, are at 70% of their average. Despite this, with lake levels where they are and long-term forecasts for precipitation to return to normal, Westpac expects hydro production to make a positive contribution to growth over 2013.

Penny says, however, the dry conditions, particularly in the North Island, are hurting dairy production.

He notes that after an excellent start to the dairy season (where milk collections were running around 6% higher in the season to December), Fonterra now estimates that collections for the whole season will be around 1% higher than last season.

"We agree with this estimate; it implies that over the January to May period (which accounts for around 40% of production), milk collections will be around 6% lower than for the same period last season.

"Overall, it’s shaping up as a season of two halves. Dairy production is also a season of two islands, with the South Island is faring better than the North. While the dry conditions are not as severe as in the North Island, better access to irrigation, particularly in Canterbury, and dairy farm conversions are also contributing to strong production growth. We estimate that South Island production will be up around 10% compared to last season."

Not to mention the impact of the 50 billion of farm debt.

and this is positive?

"That said, there are some prodigious offsetting positives in the Canterbury rebuild and heating housing market."

only for the banks.

On the radio yesterday individual farms in the drought area would have milk production reduced by 10% to 20% and with no real reduction if FWE.

They said it was really bad because compared to the last drought current payout is $1.30 less.

It just shows the fantasy of the white gold times and reminds us what an exceptional growing season it was last. Both are not normal.

So heres the the thing.

When prices are good, we all try to increase production (white gold).

When prices are bad we all try to increase production (hence Fonterra is having to help people out supply share wise as a good portion of folk ramping up production this year are having to - and the buying new shares at the higher price turns it all loss making).

Same motivation for people asking to supply winter milk (becareful for what you wish for) with the extra 3.50/3.80 per kg.

Don't forget the debt Fonterra has

It would seem the banks own the dairy industry. They make say 6% pa. Which as a bank they source their funds by borrowing 10 to 15 times their shareholders capital.

They are happy to see farm values stay high, means they are the only source of finance. eg Why is their no listed vehicle as westfields for shops as owner/manager for farms. When farms do sell they are financed on mortgage valuations that the banks determine as acceptable.

If we were buying a commercial building or other property asset we would need see 7% to 9%. with fixed term lease, gtee from tenants tec, etc.

Yesterday we went thru an apartment transaction in Auckland.

We understand that agri production is ever increasing, by the outlook in SI is that water stops us and now run-off compliance is set to slow stocking...

But, we suffer ever increasing agri inflation. building supplise and inputs and standing chages are ever incresing at cpi +++ rates.

Not every year is a great growing year.

Property wise farms are difficult to sell. There are examples of farms being on and still on the market for 2 or more years.

Word is the Germans that are in Southland are not happy the promised 10% return on investment isn't there.

Henry, thanks for your imput, greatly appreciated, always read.

Just trying to sell a barn full of good hay. I have two options 1. sell to the farmer leasing my land,get paid straight away 2. sell to a dairy farmer and get paid sometime in the late spring early summer, or maybe never.

Going for the money in the bank option and $15 a bale price discount. Money talks, cash is back to be king again.

It must be really dry as I had to lower my pump two pipe sections and Ive never done that before, even in the big droughts  thwater level was stable, or it could just be all the extra dairy farmers sucking all they can. We are dry right to the mountains and no rain forecast, on the bright side the grapes are going to be fantastic.

I keep hammering away about the fact its not the marketrs its costs. Dairy farmers where converting at a $5 payoiut not long ago, now its below cost for many with debt. Beef is at an all time rcord high, but still farmers struggle.

Talked to a friend who had to sell light lambs to the works, he got $25 a head. heavy ones are getting $60.  SFF busy pointing the finger at everyone else.

Time to point the finger at our cost structure.

Thx. Yes with feed tight good idea to sell to your leaseholder, standby him.

I hope this is not too far off topic, but can anybody explain to me the taxation implications of Fonterra's 24 April bonus issue.

I hope this is not too far off topic, but can anybody explain to me the taxation implications of Fonterra's 24 April bonus issue.