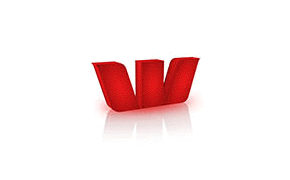 Westpac has become the third bank to settle with the Commerce Commission and Financial Markets Authority over the marketing, promotion and sale of interest rate swaps to rural customers. The bank will cough up $2.47 million for 38 customers.

That means, following earlier settlements with ANZ and ASB, a total of 256 customers will be compensated to the tune of $23.67 million.

All up Westpac will pay $2.97 million to settle following the marketing, promotion and sale of interest rate swaps, or financial derivative products that allow a borrower to manage the interest rate exposure on their borrowing, to rural customers between 2005 and 2012. Aside from the $2.47 million for 38 eligible customers who registered their complaints with the Commission, Westpac will also pay $250,000 towards the Commission’s costs and another $250,000 to Rural Support Trusts.

The Commission says it believes Westpac’s behaviour gave some rural customers the impression margins on interest rate swap loans wouldn't change during the life of the loan or on restructure. But, under Westpac’s contractual terms the bank could, and in some cases did, increase margins, the consumer watchdog says.

It also says the smaller sum paid by Westpac, in comparison to ANZ, reflects that Westpac didn't have an across the board practice of increasing margins on interest rate swaps, and that Westpac didn't differentiate its break costs under a swap and under an ordinary fixed rate loan.

“The payments to be made under the settlement are, in our view, a reasonable approximation of the potential losses that the Commission could have recovered through any court process,” Commerce Commission Chairman Mark Berry  says.

“In reaching the settlement farmers have certainty and will not need to go through a potentially lengthy court process. The length of time that has passed since the swaps were sold also meant there was no guarantee of court awards. Farmers will not have to go through the stress of proving their individual losses that occurred up to ten years ago to the court,” says Berry.

Later in February the Commission will start contacting the 38 Westpac customers who may be eligible for a payment, which they're likely to receive by the end of July.

The Financial Markets Authority (FMA) says it didn't undertake its own investigation.

"However, arising from the Commission’s conclusions, the FMA had concerns about potentially misleading conduct by Westpac, relating to the sale and marketing of interest rate swaps to some rural customers. The FMA acknowledges that neither its concerns nor the Commission’s conclusions have been tested in Court. As part of the settlement agreement with the FMA, Westpac has agreed to appoint an independent third-party to review its sale, promotion and marketing of two sample products being interest rate swaps and its Notice Saver PIE," the FMA says.

"The report from a third-party will be provided to Westpac and then to the FMA. Following consultation with the FMA, Westpac will implement the recommendations in the review, where appropriate, across all relevant products and services."

The FMA’s general counsel, Liam Mason, says the settlement is based on the regulator's concerns that consumers should receive full and accurate information when purchasing financial products or services.

“The FMA is the regulator of conduct in this area, so the settlement also recognises our concerns about the imbalance of information that can exist between customers and financial service providers. The purpose of the independent review required by this settlement is to help ensure robust sales and advice processes are in place, including the disclosure of all relevant information, and that they meet the standards of the new regulatory framework," says Mason.

For its part Westpac's head of agri-business, Mark Steed, says eligible customers are now in a position to "move forward positively."

“This is an historical matter arising at the time of the Global Financial Crisis and involving a small number of customers. We have worked constructively with both regulators who acknowledge that the bank’s break charges were the same for swaps as for fixed loans and it did not undertake a practise of increasing margins across the board," Steed says.

“Although those customers entered into swaps a number of years ago and had access to legal and other professional advice at the time, we are pleased to have reached this settlement and provide certainty to those affected,” says Steed. “The agreement reached with the FMA will result in a review of the processes Westpac currently uses to market similar products.”

'Commerce Commission as useless as tits on a bull'

Labour Party primary industries spokesman Damien O’Connor hit out at the Commerce Commission following news of the Westpac settlement saying settling out of court removes the Commission’s obligation to protect the rights of farmers.

“From a farming perspective, the Commerce Commission is about as useless as tits on a bull," O'Connor says.

“This deal means, along with agreements struck with ANZ and ASB, that banks have financed their way out of court action with nominal payments to a few hundred farmers, a small number of those affected. Many farmers were forced to sign confidentiality agreements when refinancing with the banks. The reluctance of the Commission to follow through with court action undermines the integrity of our legal system and reinforces the growing view that money buys justice,” O’Connor says.

Here's Federated Farmers take on this;

Federated Farmers is pleased the Commerce Commission has now reached settlements with all three banks, ANZ, ASB and Westpac, over the sale of interest rate swaps.

Federated Farmers President Dr William Rolleston says the agreements are a fair and equitable solution and it’s time to move on.

“Some rural people signed on for interest rate swaps as long ago as 2005 and so for many customers it has been a long running issue that now can be brought to a conclusion, with the three banks involved set to pay a total sum of $24.67 million to approximately 256 eligible farmers,” Dr Rolleston says.

“While some farmers felt they were not adequately informed of the risks with swaps, it is important lessons are learned from this. Farmers must get independent advice and be sure they understand the implications of the contracts they sign on to.  For their part banks must not take that understanding for granted. Trust between banker and client is paramount, it must be earned and can quickly evaporate.”

Dr Rolleston says banks are an integral part of the farming community and have played a critical support role in adverse events.

“The banks have all been doing a great job in supporting drought affected farmers this year, emphasising the importance of the relationship between farmer and banker.”

“This is a speedy resolution which could have been drawn out to the benefit of no-one and will put the matter behind us.” concluded Dr Rolleston.

“This deal means, along with agreements struck with ANZ and ASB, that banks have financed their way out of court action with nominal payments to a few hundred farmers, a small number of those affected. Many farmers were forced to sign confidentiality agreements when refinancing with the banks. The reluctance of the Commission to follow through with court action undermines the integrity of our legal system and reinforces the growing view that money buys justice,” O’Connor says.

Well, he is not wrong and the Economist took matters a step further.

WHO runs the world’s most lucrative shakedown operation? The Sicilian mafia? The People’s Liberation Army in China? The kleptocracy in the Kremlin? If you are a big business, all these are less grasping than America’s regulatory system. The formula is simple: find a large company that may (or may not) have done something wrong; threaten its managers with commercial ruin, preferably with criminal charges; force them to use their shareholders’ money to pay an enormous fine to drop the charges in a secret settlement (so nobody can check the details). Then repeat with another large company. Read more

Again, Elizabeth Warren is mentioned - she's the kind of President the US needs.