In a world increasingly sceptical about trade agreements and more focused on short term patch-protection, it will be our food safety systems that will keep access open for our food exports

In a world increasingly sceptical about trade agreements and more focused on short term patch-protection, it will be our food safety systems that will keep access open for our food exports 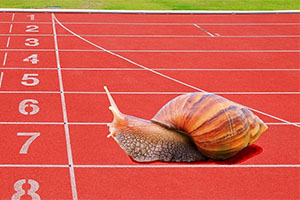 Before he left for China last week, New Zealand’s Special Agricultural Trade Envoy, Mike Petersen, gave me his thoughts on the process of trade negotiation and a brief list of successes he has been involved with since 2003. At that time he was Chairman of Meat & Wool NZ as it was called in those days.

During that 13 year period New Zealand has signed free trade deals with Taiwan, China, ASEAN which comprises 12 countries and at long last South Korea, not to forget the TPPA. No wonder he called trade negotiations ‘like water dripping on a stone.’ Signing FTAs is never quick and demands a huge amount of manpower, preparation, patience and recognition no country ever gets everything it wants.

The reaction to the TPPA, not only here, but also in other signatory countries, notably the USA, indicates a growing feeling of disaffection with free trade deals because of the perceived loss of sovereignty they entail, including domestic employment opportunities, and conversely the benefits to big business.

In North America, Great Britain and Europe, there are big signs a significant proportion of the electorate is fed up with traditional politicians and politics as a whole. Politicians, particularly governments, are increasingly associated with, and seen as corrupted by, big business which epitomises the increasing gap between rich and poor. The Panama Papers leak has merely served to confirm the rich want to get richer by avoiding their legal tax obligations.

There is also the migrant crisis into Europe out of the Middle East which is causing a vocal minority in countries like Germany, France and Britain to make a lot of noise and, in certain cases, undertake terrorist activities. This trend towards more rabid nationalism may result in the UK voting for Brexit from the EU in June. This would have huge implications for New Zealand’s future trade with the EU and Britain, as it may have a substantial detrimental effect on both British and European economies as well as their ability and desire to import from New Zealand.

There also appears to be a strong nationalist and anti-politics trend in the USA both on the right and left, as demonstrated by support for Donald Trump, Ted Cruz and Bernie Sanders. The far right wants to erect walls to keep Mexicans out and ban Muslims, while left leaning Sanders is campaigning on breaking up the Wall Street banks. The one comforting aspect of this for the American establishment is none of them is likely to win the US presidential election in November, but there is no certainty TPPA will pass a Republican blockage in the Senate.

Therefore while global trade has never been more open, the unpopularity of the governments that are intent on further trade liberalisation may start to run into serious headwinds from electorates determined to restrict such freedom. It is worth noting this trend is most evident in so-called democracies, rather than more authoritarian regimes like those in Russia, China, and the Middle East.

While there would still be China to trade with, the implications are enormous for the stability of world trade if any of the doomsday scenarios were to occur. Just remember how much disruption to the global dairy trade has arisen from the Russian trade embargo, combined with the removal of the cap on EU dairy production.

While there are other trade agreement opportunities for New Zealand with India and Central American countries, the biggest current agenda items are finalising TPPA, negotiating an FTA with the EU and upgrading the China FTA to match or exceed the provisions of Australia’s CHAFTA, completed last year.

New Zealand can have little input into convincing the Senate to adopt TPPA and the negotiations with the EU will not be quick. But there is plenty of expectation around the Prime Minister’s trip to China. It is uncertain how soon the FTA will be renegotiated, but it seems the respective Trade Ministers will begin the process when they meet in Peru later this year. In spite of John Key’s good relationship with President Xi, there will also have to be a quid pro quo. But the latest piece of good news from the visit to China is about access for chilled meat at long last. Also largely unknown, China’s large minority Muslim population makes it New Zealand’s largest single customer for Halal certified exports and the news has just been announced of  China’s adoption of our Halal processing system as their template.

Updating the terms of the FTA from when it was first signed in 2008 to increase dairy access and permit New Zealand chilled meat into China are two of the minimum expectations without which an upgraded FTA would be regarded as a failure. Our preferential access quota for dairy was sufficient for a mere 17 days of 2016 before the standard tariff kicked in; while Australia already has 10 meat plants licensed by Chinese authorities for chilled meat access.

Those two items alone will have a multi million dollar effect on New Zealand’s dairy and meat sectors. However, as things stand, not all plants have been listed with the relevant Chinese agency and, to achieve equity between different export licensed plants this must be resolved as soon as possible.

Petersen told me licensing issues will become increasingly tough when exporting to all our trading partners, regardless of FTAs, because countries wish to exert greater control over food assurance. New Zealand is fortunate to have negotiated food safety equivalence arrangements with our main trading partners, like the USA and EU, which then flow automatically through to those trading blocs’ other relationships.

Gaining the confidence of other major markets like China in our food safety systems means New Zealand’s agricultural exports will gain in credibility. In a world in which free trade may be facing some degree of threat, this is a welcome point of difference to set us apart from the pack.

'In North America.......electorate is fed up with traditional politicians and politics as a whole. Politicians, particularly governments, are increasingly associated with, and seen as corrupted by, big business which epitomises the increasing gap between rich and poor.'

The same applies in NZ. A recent survey found that trust of government, local government and politicians is at an all-time low, down dramatically over the past 3 years.

'WHO DO NEW ZEALANDERS TRUST?

Irresistible force hitting immovable object = a big mess. But not just yet.

The old chestnuts
Free trade is not the same as fair trade.
National self interest is not to be underestimated
While trade agreements are between countries, step back to see the overlay of globalisation.
Then consider the tarriff trade barriers, and call them for what they are.
Consider moves in the tech/IP space.

In Australia, the latest estimates put Twitter users at four million. Yet this obviously large company has been gifted an exemption from ASIC from filing, an exemption not available to local companies, which allows it to masquerade as a small company.

All this is irrefutable proof of the double life and the double standards of US tech multinationals operating in Australia.

The press has been running glowing stories about Twitter's spanking new offices in Sydney of late; the pop-up bar, the ping-pong table and meeting rooms named after famous Aussie beaches. "TWITTER is known for its lavish offices around the globe and the new Australian HQ is no different …".............

It is a rort, ditto the corporate structures of eBay and Google, and it is high time somebody did something about it because this country is being robbed.

This is the question about free trade agreements. They may be good for farming (for example), but are they good for local farmers? Large scale water schemes are designed to attract foreign corporates ( the zombies) who will arrive and put smaller players out of business.