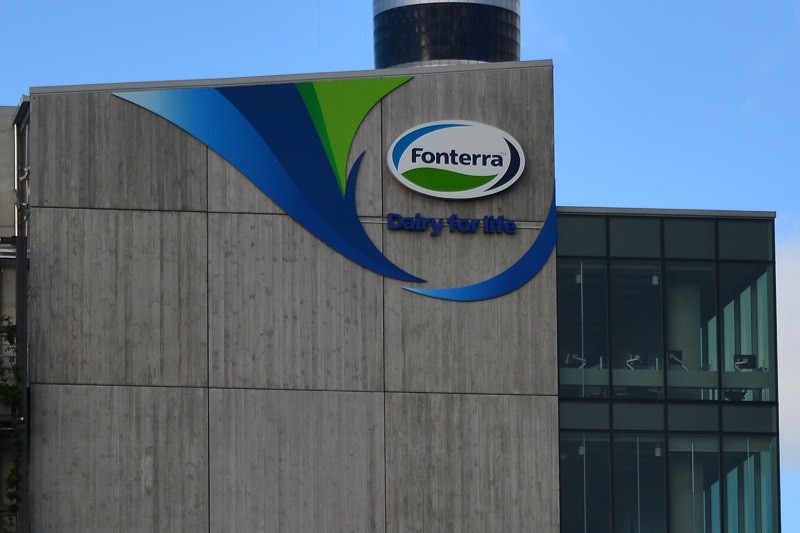 Fonterra's produced a wild ride of announcements in which it has sharply raised the forecast milk price for the current season, taken the axe to the projected dividend, and given a very 'out there' milk price forecast of $7 for the new season - which is way above what economists had been picking.

Wednesday's announcements outline very good news about the milk price forecasts - but poor news regarding the operational performance of Fonterra. The co-operative does suffer from the paradoxical situation whereby a rise in the price of milk actually increases its input costs and puts its performance under pressure. But nevertheless, questions will probably be asked about its level of financial performance this year.

For the current just-ending season, the milk price forecast is now for $6.75 per kilogram of milk solids, which is up from $6.55 as the most recent forecast. However, the dividend (last year 40c) is now set to be between 15c and 20c - so possibly less than half last year's.

The dividend forecast had already been cut just two months ago after Fonterra had taken a writedown of $405 million on its ill-starred Beingmate investment in China. Now the forecast has been cut further.

Chairman John Wilson said the higher milk price puts pressure on Fonterra’s earnings in a year which is already proving challenging due to the payment to Danone and the impairment of the Co-operative’s Beingmate investment.

"The business’ revised earnings forecast is disappointing for our shareholders and unitholders. However, the total forecast cash payout for farmers increases to $6.90-$6.95 per kgMS which is the third highest payout this decade."

Wilson said Fonterra's "strong" milk price reflected a global supply and demand picture that continues to be positive for farmers.

"Global dairy prices have risen since the start of the season. The price of Whole Milk Powder is particularly strong due to continued growth in demand from China and across Asia."

He said Fonterra's forecast milk collections here in New Zealand have increased to 1,500 million kgMS, up from the 1,480 million kgMS reported at half year, thanks to improved farming conditions in March and April after a challenging spring and summer.

That's considerably higher than was expected by economists.

Wilson said the "strong opening milk price" would be very welcome news for the co-operative’s farmers as they look ahead to the new season.

“What we are seeing is a continued positive global supply and demand picture which gives us the confidence to increase our current forecast Farmgate Milk Price into the new season.

“Demand is expected to remain strong – especially from China and for butter and AMF. We are expecting the global dairy market’s current prices, especially for fats, to continue throughout the new season.

“We are also forecasting our New Zealand 2018/19 milk collections to be 1,525 million kgMS, a 1.5%  increase on our current forecast for this season, and we expect to see a lift in supply from the EU, US, Australia and Argentina.

Wednesdays announcements from Fonterra though are definitely good news-bad news as the company's financial performance in the current year is not matching its expectations, with volumes and margins down.

Chief executive Theo Spierings, who is due to stand down some time this year, said these "challenges", along with the Danone payment and the impairment of the Beingmate investment mean the co-operative's gearing ratio is expected to be above its targeted 40% to 45% range for the full year.

"We expect to be back within the target range next year," he said.

However, Spierings said the co-operative had expected its earnings to be "weighted" in the second half of the year "and this has not transpired due to the rapid rise in our input costs late in the season into our value-add business".

Total volumes are down 5% to 16 billion liquid milk equivalents (LMEs).

Gross margin is down to 16% for the first nine months of the year compared with 18% over the same period last year.

Spierings conceded the business "has not delivered the third quarter results it had planned".

"With the increase in the price of milk fats we have also seen continued demand towards products with a lower fat composition, sustained competition in Greater China’s foodservice market and further constraints in some Asian markets limiting our ability to pass through costs.

"While the strong milk price is good for our farmers, it does make the remainder of the year challenging for the business. We remain committed to maximising the total payout for our farmers and value for our unitholders by delivering the best possible earnings."

Fonterra is a giant price-smoother for the contracted suppliers to it, so it's a stabilising force. So much, so obvious. The better forecast is likely down to one overriding factor - TWI.

Recall that Treasury predicted in the BEFU that TWI would 'remain broadly stable around 75'. It's currently 73.05.

So $/KgMS at 6.50 opening prediction for the 2018 dairy year just ending, times 75 divided by (say) 72.5, equals $6.72 (this assumes sales follow the trade weightings exactly, which of course in reality they don't). But this TWI movement already explains almost 50% of the increased price (which, to follow the series of farmgate predictions in the link above, was in any case well signalled).

As long as there isn't another Beingmate or product contamination blip, it's reasonable to say that $7 looks to be on the low side.

I think its largely attributed to the OPEC countries being back in control of oil prices and having more money to pay for goods. Generally if oil prices are high you see a corresponding increase in the milk price.

Or, its Fonterra chasing market share. It appears that is way more important than profitability.