While there may be bumps in the road at present, MFAT's key negotiator sees bright prospects for our primary products and the story they can tell. Non-tariff barriers are the greater threat, he says

Rural News
While there may be bumps in the road at present, MFAT's key negotiator sees bright prospects for our primary products and the story they can tell. Non-tariff barriers are the greater threat, he says 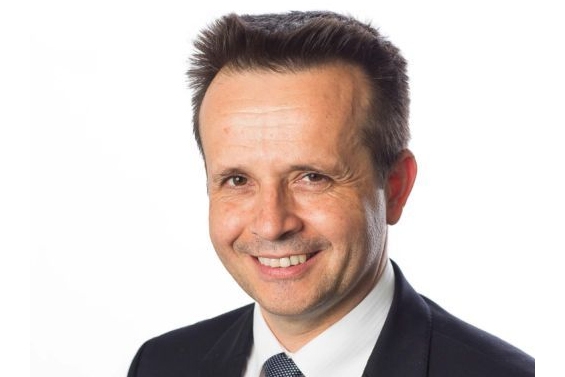 Vangelis Vitalis, Deputy Secretary for trade at MFAT and chief negotiator for the CPTPP due to take effect early next year, gave a very thorough and enthralling presentation on the trade landscape to the Red Meat Sector Conference in Napier on Monday. Free trade and market access are a key area of interest to the New Zealand meat industry and the economy as a whole.

But none of these assumptions can now be guaranteed. There has been a spike in tariffs, notably as a result of the United States’ attempt to reduce its trade deficit with China, and while agriculture has not yet been badly affected, high tariffs still apply around the world. The rules based system is starting to fray because the USA is resisting the appointment of appellant judges and there will soon be an inadequate number of judges to hear appeals. Lastly the TPP negotiations signalled the first instance since 1995 of departure from the joint bi-partisan commitment by government and opposition, although the subsequent ratification of CPTPP has seen a return to the status quo ante.

Reduced tariffs on agriculture saved New Zealand $1 billion annually as a result of the 1995 WTO agreement with a further $200 million today, CPTPP will conservatively cut $63 million in tariffs, notably achieving parity with Australia in Japan, while the USA will remain on the higher rate. Specifically, on the subject of quotas, he said it was very important to hold the line on the suggested division of the EU quota when Brexit comes into effect until the post-Brexit trade terms have been agreed between the UK and EU.

According to Vitalis, non-tariff barriers are more damaging than tariffs, costing more than $6 billion a year in the Asia/Pacific region. The WTO has shown its value in upholding New Zealand’s case against Indonesia on beef which will result in restrictions being removed within two years. CPTPP will require customs and border clearance within 48 hours, reducing delays between members by several days with substantial cost benefits.

Sustainability issues will necessitate a convincing industry narrative supported by robust science and industry performance which justifies claims of purity, climate change performance and environmental excellence. Without a credible narrative, negotiation and legislation will be powerless against consumer perception and retailer decisions on which products to stock.

MFAT will address the trade landscape on two levels, tactical and strategic. The tactical responses are to negotiate and enforce. CPTPP will lift coverage to 64% of trade under specific trade agreements, while the balance occurs under WTO rules; the immediate goal is to negotiate further FTAs (EU, UK, India) and improve existing FTAs (China) while continuing to support the WTO framework in the face of attempts to circumvent it.

The longer term strategic responses will be to defend the WTO rules and bring offenders into line, intensify how our economy is embedded into the world trading framework, helping to set the benchmark for other nations who join later (for example CPTPP in the event the USA wants to join), support public good organisations like APEC and OECD, promote open plurilateralism like CPTPP which is open to others as long as they are prepared to abide by the standards, and to use economic diplomacy.

In conclusion Vitalis told the conference to grasp the opportunities open to the sector, notably the narrative on sustainability underpinned by robust performance, while MFAT will continue to address its busy working agenda including negotiation of further FTAs. He believes the future for trade is still bright, but there will be some bumps on the road, as agriculture becomes a bit of a battlefield. However the meat industry is not alone – government departments are there to help and have consistently demonstrated their ability to achieve good results on the sector’s behalf.