Rural News
Fonterra says dividend will be just 10c, down from 40c, while final milk price for season just gone has been cut to $6.70 from the expected $6.75; Shareholders' Council says situation 'unacceptable' 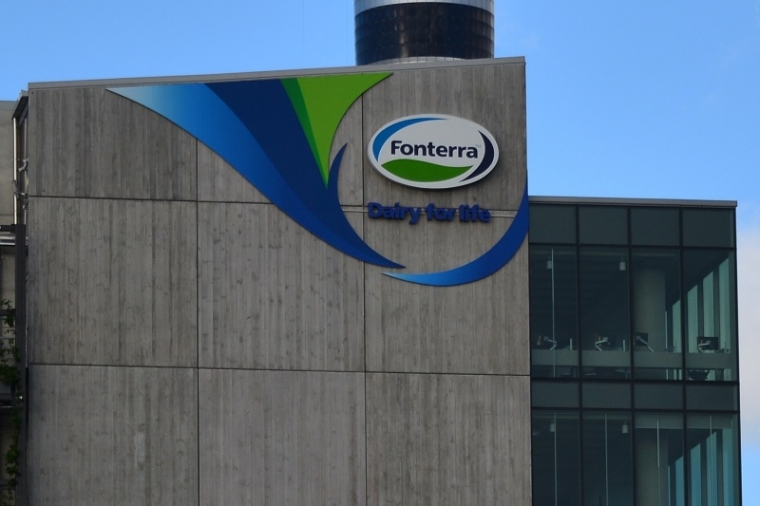 Giant dairy co-operative Fonterra's announced a slashing of its dividend to farmer shareholders and also a surprise late cutting of the milk price for the season just gone.

After a poor financial year - the full details of which Fonterra has yet to reveal - it will now just pay a 10c dividend, which has already been paid, while the milk price for the past season has been cut, very late, to $6.70 from $6.75. And Fonterra says it departed from the terms of the milk price manual to do that.

The Fonterra Shareholders' Council that speaks for farmer shareholders has come out with a surprisingly strong statement in response, expressing its "absolute disappointment", saying the situation is "unacceptable" and calling for a definitive plan of action from Fonterra.

Fonterra's result will be announced on September 13.

This is the statement from Fonterra:

The Co-operative is reducing last season’s 2017/18 forecast Farmgate Milk Price to $6.70 per kgMS from $6.75 per kgMS. The previously announced 25-30 cents guidance range has been held but the Co-operative is indicating that it will be at or slightly below this range and it is likely that the full year dividend will be just the 10 cents already paid in April.

Chairman John Monaghan said the Board has made these decisions in the best long-term interests of its farmer shareholders and unitholders.

It is important for our Co-operative to have a strong balance sheet and, as we indicated in May, the higher milk price, which is good for our farmers, has put pressure on Fonterra’s earnings, and therefore our balance sheet in a year which was already challenging due to the payment to Danone and the impairment of the Co-operative’s Beingmate investment.

“You never want to have to reduce the Milk Price at the season’s end, but it is the right thing to do and $6.70 remains a strong milk price.

“Maintaining a strong balance sheet has helped us to support farmers during tough seasons through our Co-operative Support Loan and being able to bring forward the Advance Rate Schedule and get money to farmers earlier in the season.

“We need to do everything within our control to keep these options on the table for when farmers need them. This means keeping our balance sheet strong.

Mr Monaghan said he wanted to be upfront with farmers and unitholders that to achieve this the Board has taken the step to depart from the amount calculated under the Farmgate Milk Price Manual. This is permitted within Fonterra’s Constitution.

“During the process of closing our books for the financial year end, the need for these actions has become clear. Our forecast performance is not where we expected it would be. While the numbers are not finalised, our margins were less than we forecasted right across our global Ingredients and Consumer and Foodservice businesses.”

...And this is the statement from the Shareholders' Council:

Duncan Coull, Chairman of the Fonterra Shareholders’ Council, has expressed his absolute disappointment with today’s Board decision to reduce the 2017/18 forecast Farmgate Milk Price by five cents to $6.70 per kg/MS in order to support the balance sheet, and the decision to retain more of the Co-op’s earnings which will likely see no further dividend payment to Shareholders over the 10 cents distributed earlier in the year.

Mr Coull: “I can understand the Board’s rationale and that it is prudent to protect the balance sheet, but the fact that we find ourselves in this situation is unacceptable.

“While Council acknowledges that part of governance is managing risk, another key responsibility is to create long term value for Shareholders. Given today’s announcement the question is ‘how effectively is this being done?’. Shareholders and all New Zealanders have valid expectations that Fonterra delivers.

“It shows that the Council-commissioned independent review into Fonterra’s value creation over time, which will be presented to Shareholders in the coming months, is timely as is the Council-led Purpose and Vision workstream which seeks to provide greater clarity as to who we are, why we exist, and the legacy our people would like to see Fonterra create.

“The Board and Management have some challenges ahead in rebuilding confidence through consistent performance and prudent management of Shareholders’ capital.

“Having effectively retained an extra 20-25 cents Council will seek to understand how this will be used and to what extent it will influence our gearing and credit rating as the strength of both is fundamental moving forward.

“The Board and Management can look forward to some very challenging discussions with Council over the coming weeks and we will be seeking a very clear understanding of the plans that are being implemented in order to restore confidence in the Shareholder base.”

Blimey, I'd best cancel the SUV order then if no full year dividend to be had. Now did Mr Orr have an 'inkling' of this I wonder?

I'd like to know what the milk price would have been if they had followed the Farmgate Milk Price Manual?

but it is the right thing to do and $6.70 remains a strong milk price.

Nice bit of spin on a poor performance.

This Fonterror nonsense has hit the NZ dollar harder than any other error in the Bull Market...leaving me to wonder if someone is milking the shorts and wanting their cut....thus getting it both ways....like Mr Tesla. tries to do...and Stop.

I see MR ORR is up with the play.

Those in the know, can play their cards right.......and us poor old farts ...are left with the Bill.

Thank the Lord, it is Friday and though this smells like collusion, it may be just another symptom of us being milked.....electronically, Fede-rally and/Orr....both.

I often wonder why I used to Work and be taxed so much for the privileged.

I do think ..or Orr used to think, .debts could always be paid, when passing the buck....

Have we been 'milked dry' by our previous masters? Was it all just an illusion and who are the fat cats that got all the cream? Are there any businesses that will be paying a sensible dividend this year or do I now need to go off-shore for the promise of more? Which could be even more when converted back into weaker NZ dollars.
What a farce from one of our monopoly industries!

So once again Fonterra rape the milk price to pay a dividend ($0.50 4 seasons ago) and Sharemilkers loose out. They really are looking like a very poorly run company, totally directionless and a long way behind the others. As an example, recently I've been getting emails about the need to do our Sustainable dairy records. They tell us it adds $15m to the company earnings. That's one cent per kg, Synlaits lead with pride which is more involved but in the same direction pays more than ten times that and persumable the company it's self isn't losing out.
Fonterra is looking more and more the sad old dinosaur and it didn't need to be this way.

I'm not sure if you've read the whole article but from my understanding, yes the milk price has been umm 'adjusted down.' but its not been done to support the dividend, it's to shore up the balance sheet. There is no more dividend this year, that 10c already paid was the lot and no more to come.

So I should have said raping the milk price to pay for the dividend which has already been paid , mistakenly. Semantics. Either way Suppliers lose out to shareholders, again.

But they are also cutting the dividend.

So I read this as:

"We stuffed up with our investments in China and we have to pay Theo et al a lot of money, so sorry guys, we have to reduce the payout."

Invested in Synlait and Fonterra, one was a speculative investment and the other a value add investment. Who would have thought Fonterra was the speculative play.

When you look at how this company has been run you have to come to the realisation that it is only managed in the interests of the farmers. The shareholders are pretty much ignored. The milk price paid to the farmers is set to a level solely to curry favour with them. Accordingly if you are a non farmer shareholder you are wasting your time and money. Best to take your money out and find somewhere better run and with a far more creative approach to higher value products.

Couldnt agree at all about it being run in the interests of Farmers and the milkprice is certainly not set to curry their favour. The company has been run purely to increase total production in the misguided belief that it will then cover any and all bases, growth for growths sake. That growth and its capital input via farmers sharing up is now at an end.
Your right of course about it being a poor investment. Any company that buys its raw materials at a historic 50% discount as they did in 14/15 and 15/16 and still struggles to make a profit has some pretty fundamental issues. With that raw material price having increased the emperor isn't looking flash.

I lay the blame with the Chairman and Board. The business world is littered with management full of hubris and blind to their own limitations and who will always come and go. However it is the Board who are ultimately responsible for the organisations governance and ensuring strategy is appropriate and in the best interests of shareholders,

And how much rural debt is there now because Fonterra was leading them to the promised land , another kiwi muck up