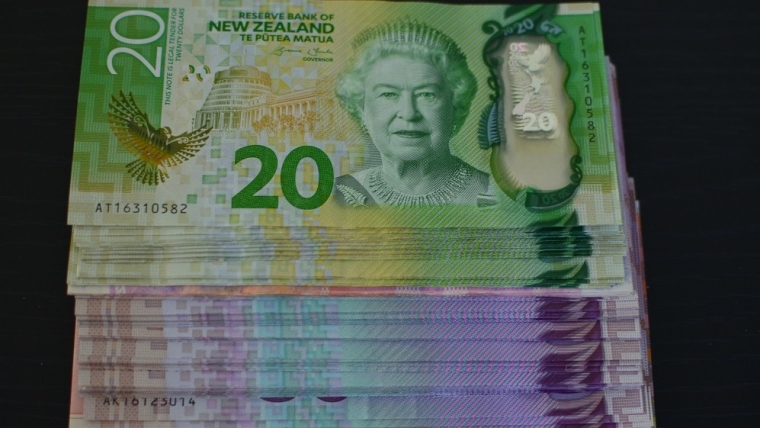 So, it looks like there really WAS some serious hoarding of cash going on in the immediate run-up to the level 4 lockdown in March.

The Reserve Bank's revealed in its Financial Stability Report issued on Wednesday that currency in circulation rose by around $800 million over the month of March alone.

That actually works out at about $160 for every man, woman and child in the country.

The RBNZ says in the FSR that there "was a significant increase in demand for cash from banks, retailers and the public in the days leading up to the country’s move to Alert Level 4".

"As an essential service, ATMs and other retail cash operations continued as normal, with no material disruptions reported.

"Currency in circulation rose by around $800 million over the month of March, and it is expected that most of this will return to the Reserve Bank as New Zealand continues to move to lower Alert Levels."

However, the specific March figure, and its massive increase, wasn't mentioned.

Of course the last Wednesday in March this year just happened to coincide with us all being locked up.

So, according to the RBNZ annual figures over $1 billion more in the hard folding stuff was out there as at March 25, 2020 than had been the case a year earlier. Total cash in the hands of the public was just under $7.318 billion, compared with $6.285 billion (the previous record) a year earlier.

I made some inquiries about this after those figures came out - but at the time the $800 million extra in March figure (IE making up most of the $1 billion increase for the year) that the RBNZ has now revealed was not stated.

Who was withdrawing it and where it went, will presumably remain a mystery. If someone's grabbing a pile of cash out of the ATM they are not likely to tell anybody about it.

The interesting thing to watch now will be how quickly cash that may have found itself deposited in a mattress account is now 'put back', as the RBNZ expects it to be.

With credit cards having been put away for the moment, there have certainly been some suggestions that at least some people have been favouring using cash over cards since the lockdown. Maybe a mattress account that is now being dispersed?

After a lot of too-ing and fro-ing over the last month my bank has finally agreed that I can arrange a cash withdrawal. Either they are sick of me or the cash is flowing back into the banks, or maybe the printer has finally delivered some more notes to go into the banking system.
They would never answer my direct question as to if they were short of cash. But fair play to them, they managed to avoid a full blown panic.

A month to arrange a cash withdrawal? Was it a large amount?

Not too big. But a month to agree to arrange. They say to expect to wait a week after that.

If that is not cause for concern I don't know what is!

During lockdown my bank gobbled up my atm cards after I managed to get 80k out. 5k per day at $800 plus $800 plus $800 plus $100 per day per card on my business and personal cards. I rang bank and they told me to go into my branch to get a replacement card. Only open 4hrs Wednesdays with huge queue. I complained and lady at call centre hung up on me. They eventually posted me replacement cards but would not load a pin. Told me I needed to go into a branch to get the pin loaded. Go kiwibank.

Interesting story.
Have you considered Kiwibonds though? They do pay a small bit of interest and are very secure.

I bought some Stahlwille tools not long ago. Fantastic German quality.....

If you haven't seen him, check out AVE on youtube. Some excellent tool reviews.

Enjoy the fruits of your labour RS. Sounds like you don't need to skimp. How is the commercial property holding up (tenants ok)?

I am my own tenant. I have stopped my company paying rent to me until cash flow improves. It makes no ultimate difference if the company pays rent or pays me shareholder salary or dividends. At the end of the day my personal tax rate is the same. I am happy for copmany to just pay the rates and insurance this year. Trading is down over 50% so far. Today we turned over $500. Would have normally done over a couple of grand on a Thursday. Two weeks ago did $18 on our best trading day (Saturday). Last Saturday did $5,500. Real up and down.

@Retail shop/Uninterested. Has buying Kiwibonds moved into the 21st century or do you still need to etch your request into a stone tablet, attach a cheque ( yes a cheque! ) or precious metals to a donkey and send it off to somewhere, ( hoping that it arrives ), and await a acknowledgement of receipt? ( also by said donkey ).
I hear from others that you can throw your coin into some collective interweb account and then appeal to the owners that it has indeed come from you, attach a scan of the stone tablet application, then hope that someone cares enough to reply.

Retail....Careful with the detailed info provided to the public! You may think you are anonymous...….

So for future reference... RBNZ totally upfront and honest.. got it!

Probably similar to toilet paper hording - a bunch of small decisions by lots of people to up their "just-in-case" reserves. Personally, I withdrew a smallish chunk to lend to a relative I wouldn't see through the lockdown who lives by a shoe string.

$800million getting withdrawn is a queue of people 32km long, 2 metres apart, all withdrawing $50k each.

@David Hargreaves , did you consider withdrawals by the immigrant community ( we now have a lot of such folk ) who come from places like India , Sr Lanka , Bangladesh and so on, and even Africa ( Zimbabwe for example ) where Banks routinely collapse leaving depositors with nothing .

I dont know about the Chinese community, who tend to be quite secretive about money , but I worked for Standard Chartered PLC in Afirca and South East Asia a lifetime ago in the early 1980's and the folk from India are very skittish about Banks at the best of times and the COVID lockdown was not the best of our times.

The instability of Banks in Asia is the reason the Indian community in India ( for example ) prefer cash for their transactions and since I worked for Stanchart , scores of Indian Banks have collapsed , likely reinforcing their mindset

I know of people who withdrew a lot of their cash, only to find that only card payments were being accepted for most of their purchases. That cash is going back to the bank now.

I have had no trouble paying in cash at most places. But then I don't live on KFC.

That's good for you. My partner forgot her bank card going to supermarket and had to take her trolley through the self serve and feed it cash because the checkout wasn't taking accepting it.

I wonder if your cash has has enabled you to evade tax. As an ex working solo parent (25yrs ago) paying outrageous penalty tax to get ahead and now seeing low tax rates, low mortgage rates etc and now businesses being baled out because no one saves for a Rainey day(OK if you have only just started up) I wonder if Covid will be tiddly compared to the future we face.