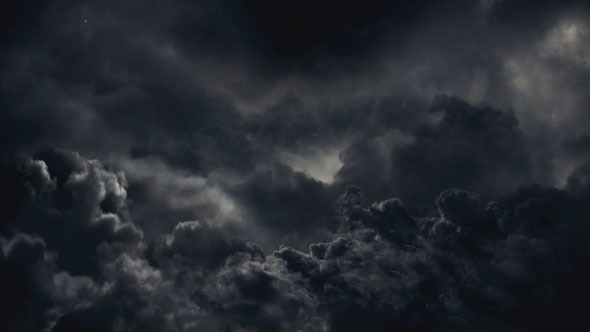 This came as New Zealand's banks posted record quarterly profit, with an 8% increase in net profit after tax to $1.74 billion from $1.614 billion in the December quarter of 2021.

There had been declines in total provisions in every quarter since June 2020, following a ramp-up at the onset of the Covid-19 pandemic.

Despite the increase in the total provisioning level, KPMG says an increase in gross loans means the coverage ratio, or provisions held compared to total gross loans, remained flat. The ratio rose from 0.47% in December 2019 to a peak of 0.70% in September 2020, and had since fallen in each consecutive quarter to 0.50% in December 2021 before holding steady in the first quarter of 2022.

"Provisioning levels still remain above those seen before the pandemic, likely driven by the economic uncertainty with high inflation and interest rates driving the cost of living difficulties for many households. It will be interesting to see whether continued inflation, rising interest rates and the conflict in Eastern Europe will place further pressure on borrowers and lead to an increase in missed repayments and arrears. Once this flows through the banking sector's provisioning models, it may lead to an increase in collective provisions and reduce profits," KPMG says.

New bank mortgage lending dropped $7.04 billion in the March quarter from the December quarter to $17.646 billion. Gross lending, however, rose 1.25% to record highs at $493.7 billion. KPMG says the increase in gross lending suggests either lower principal payments were made by borrowers as interest rates rose, fewer borrowers switched between borrowers, or there was a combination of both these factors at play.

"The result seems immune at this stage to the combined impact of inflation, rising interest rates, supply chain issues, intended and unintended regulatory impacts on lending volumes, and a decrease in confidence. However, it is hard to believe these impacts will be short lived and will not result in a weakening of the banking sector results in the second and third quarters," KPMG suggests.

"Over the remainder of the year it will be interesting to see how the wider economy fares and whether the impact of rising interest rates and the rising cost of living leads to an increase in arrears. Coupled with a fall in business confidence and the falling housing market, this would likely result in two impacts. Firstly, it would require the banks to consider higher levels of provisioning once again. Secondly, we might see reduced discretionary spending as household budgets come under pressure from rising costs and their sense of wealth is battered by falling house prices," KPMG says.

KPMG is an auditing and financial advisory firm that includes banks among its clients. 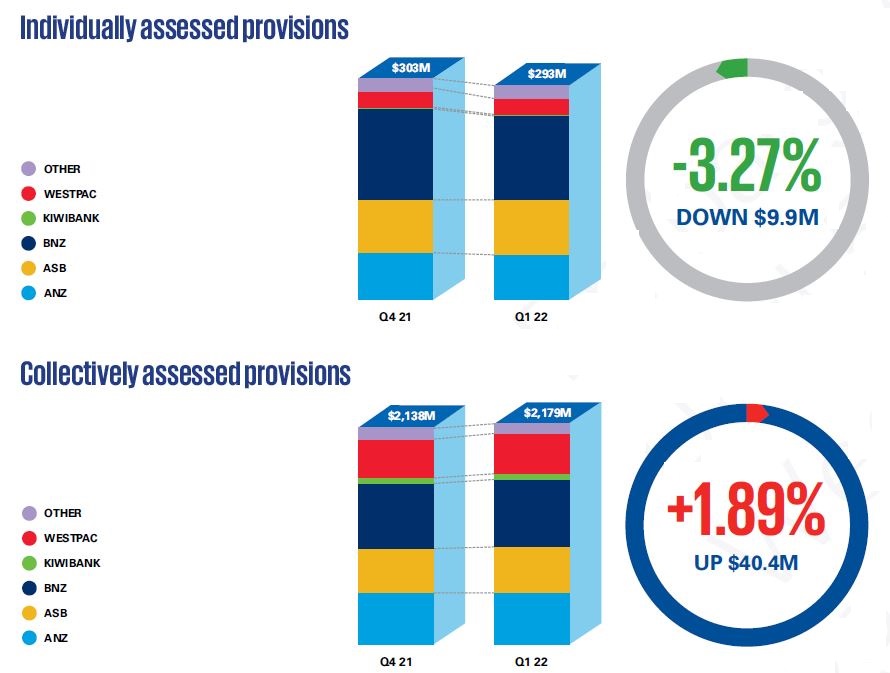 KPMG's not really saying anything here, they seem to be asking the same questions we all are..."it will be interesting to see if"... It doesn't seem like anyone's brave enough to make a call on what's going to happen.

it has said everything, payment arrears or bad debts are on the rise.

It all looks rosy on paper.

For a dummy like me, does the reference to "Loan Provisioning" refer to impairments?

it will be interesting to see the provision size

This is the same KPMG who keeps getting caught being dishonest, isn't it? KPMG has never ever done a report in it's life without being paid for it. KPMG has never reached a conclusion in a report that the entity paying for the report didn't want. At first glance, I would say that KPMG has been bought and paid for by some banking entity, or an umbrella organisation which looks after banks interests.

However, if KPMG was paid the usual fee for a report that showed the exact opposite conclusion, then that would be produced quick as a flash. Why do we keep getting assaulted by so much of this lying propaganda, so obviously produced to push people's obvious agendas?

I'll believe it when I see it!