RBNZ: Monetary policy could be used to stimulate economy as proposed bank capital rules are bedded in, but economic effects of these rules should be minimal

RBNZ: Monetary policy could be used to stimulate economy as proposed bank capital rules are bedded in, but economic effects of these rules should be minimal 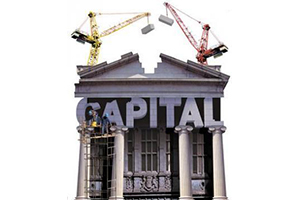 The Reserve Bank (RBNZ) hasn’t ruled out using monetary policy to stimulate the economy if its proposals for banks to hold significantly more capital come into fruition.

The RBNZ said, in its quarterly Monetary Policy Statement (MPS), that if during the proposed five-year transition to tougher bank capital requirements being fully implemented, “additional support to demand is required,” then “monetary policy would be able to respond as needed”.

In other words, the RBNZ could cut or delay hiking the official cash rate (OCR) if banks tightening their lending and/or charging borrowers more slowed the economy to the point people weren’t spending enough to keep inflation propped up.

However, the RBNZ noted that other factors impacting the business cycle, like global economic conditions, would have a bigger impact on the economy than its proposed bank capital requirements.

Governor Adrian Orr stressed this point in a media conference, saying the effects of banks needing more capital would be so minor in the bigger scheme of things, they’d be “lost in the wash”.

He also noted the transition period would be long.

Orr confirmed the RBNZ hadn't factored its capital review into its OCR outlook released today (Wednesday). It now sees the OCR going up in March 2021, rather than September 2020, as previously expected.

A number of economists have since the end of last year downgraded their OCR outlooks (some in line with the RBNZ and others like ANZ more aggressively) in part due to the prospect of banks having to hold more capital.

The RBNZ is proposing banks be made to hold around 40% more “high quality” capital. The value of this is equivalent to about 70% of the banking sector’s expected profits over a five-year transition period.

Tougher bank capital requirements to give the government's coffers a boost

The RBNZ, in its MPS, acknowledged that during the transition banks’ funding costs would rise.

However it said competition from within the banking sector as well as from alternative sources of funding like capital markets would constrain banks from passing these costs on in the form of higher lending rates and lower deposit rates.

They’d also be constrained by “other interest rates in the economy being broadly unchanged, or lower, as risk premia in New Zealand decline”.

Long-term, the RBNZ expected the spread of banks’ lending rates to the rates at which they borrow to be around 20 to 40 basis points higher (this is lower than what the likes of UBS is projecting).

However it said the exact effect would depend on how much the cost of equity and debt for banks declined, the degree to which risk premia in New Zealand fell, and how banks responded to competitive pressures.

It suggested a safer banking system would strengthen the government's credit profile, as the likelihood of it ending up bailing out a bank would be reduced.

Further putting forward its case of tougher capital requirements the RBNZ said the cost of both equity and debt funding for banks would decrease.

“A higher proportion of equity funding (lower leverage) means that banks’ return on equity will be less variable, and so investors’ required rate of return should decline,” it said.

Similarly, Housing and Urban Development Minister Phil Twyford said they wouldn't cause a KiwiBuild catastrophe, while National's Finance Spokesperson Amy Adams talked up the possibility of a credit crunch. See their takes here.

You can also read interest.co.nz's three-part series on the RBNZ's capital proposals here, here, and here.

OK.. I find this extremely troubling. The RBNZ should have absolutely no consideration about the Government's fiscal position. Moreover, they seem to wilfully overlook the impact the higher borrowing rates will have on GDP and therefore on the GST take.

I rate Adrian Orr but fear his monetary policy compass has lost its bearing. The RBNZ has always taken great care in distinguishing between its monetary policy role from its prudential supervisor role. Today he has seemed to wilfully intertwine the two.

He's not considering the governments position, vested interests are telling the government that the sky is about to fall and he's just making a reasonable counter argument. I think everything Orr says makes a lot of sense.

"They’d also be constrained by “other interest rates in the economy being broadly unchanged, or lower, as risk premia in New Zealand decline”"

What leads them to believe risk premia in NZ will decline?