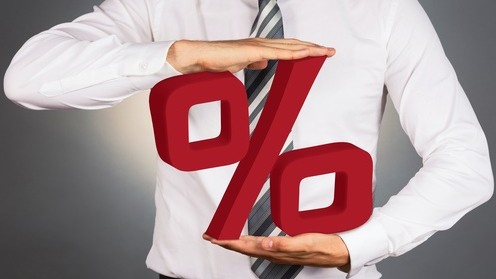 Economists at the country's largest bank now see the Reserve Bank having to cut interest rates three more times this year to combat an economic environment they describe as "turning sour".

ANZ's economists were the first to pick late last year that the RBNZ would be forced to cut interest rates this year - and now they are first to pick the OCR going as low as 0.75% this year.

Kiwibank economists on Monday changed their call also and picked an OCR of 0.75% and possibly lower by next year.

But ANZ chief economist Sharon Zollner, in an update issued on Tuesday said that both global and domestic economic risks were now "one-way traffic".

It's seen as a given in the marketplace that the RBNZ will cut the OCR to 1.25% on Wednesday. But before the start of the week most big bank economists were seeing the low point for the OCR as being 1%.

That position is evolving rapidly.

Zollner said global risks have "escalated dramatically" in recent days as US President Donald Trump imposed further tariffs on China’s imports, and China retaliated by stopping purchases of US agricultural goods and allowing the yuan to depreciate through the key psychological level of 7 to the USD.

"The reaction in global markets has been dramatic, with sharp falls in equities and bond yields, and we expect the volatility to persist.

"And this time (unlike the inexplicable equity plunge in December) it seems an entirely rational response. The escalation in trade tensions will hit both the US Chinese economies hard, and cause collateral damage across Asia in particular. Global commodity markets are coming under increasing pressure and New Zealand’s commodities are unlikely to escape scot-free," Zollner said.

And there are other channels through which the New Zealand economy will be affected, potentially quite rapidly, she says, including:

·Businesses’ confidence to invest and employ. This has been surprisingly low for some time relative to the rest of the domestic data-flow and we suspect that global risks are playing a large part in this.

·The weaker yuan reduces the ability of China to pay top dollar for our commodities. And it may well have quite a bit further to go, depending on the appetite of China’s authorities to let it move.

"And all this is happening at a time when the New Zealand domestic data flow has weakened markedly, the economy is vulnerable, and inflation is below target and set to fall. We were already expecting two more OCR cuts this year, starting this week. The labour market data for Q2, due to be released later this morning, is historical, whatever it brings. Forward indicators for labour demand such as job ads and hiring intentions have dropped sharply. The RBNZ will be far from confident it will be able to tick the 'full employment' box a year from now," Zollner says.

"And however the RBNZ on Wednesday allocates downside risks between its central forecast or its risk profile around that, the fact is it is all turning sour rapidly, and the RBNZ will feel the need to do what it can to support New Zealand economic growth, employment and inflation over the turbulent period ahead.

"It is worth noting that our forecasts do not yet incorporate the impacts of the RBNZ’s proposed sharp increase in banks’ capital requirements. In our view the impacts of this on both the price and availability of credit will be more significant than the Reserve Bank anticipates. This provides further downside risk to the OCR outlook over 2020, but the policy will not be finalised until November."

Weren't recent Fed hikes guaranteed and priced until they weren't?

The US imposition of tariffs on Chinese imports has had an adverse impact on US trade, on the price of imported goods from China flowing through the US, US economic growth, & US inflation.

This had a knock on effect on other economies due to global supply chains and the global interconnectedness of capital markets.

No it hasnt! US inflation is slowing

... yes it has .. Trumps trade war with China appears to be backfiring on the USA . .

For such a wealthy businessman he seems to have little grasp of basic economics ...

Because he's not really a businessman, he's a fraud that makes most of his money by licensing his name out.

Trump knows a trade war comes with a cost, that is why he wants the fed to cut rates, to buy him more ammunition. Trump thinks the total cost will be worth it, certainly China trades unfairly, hard to say how it pans out long term but presumably at some stage the world needs to stand up to unfair trade practices.
Trumps licensing business is with about 0.5 billion while his properties have a net worth of about 2.5 billion. Real-estate is easily the lions share of his wealth.

It's a war Trump cannot win, at best he's out of office in 6 years at worst in 2 years, the CCP is in charge indefinitely.

Six years may be enough time to sort through it but id agree that in two years, nothings gonna happen.

The CCP really only sticks around as long as the people of China are happy about the future.

Call me a cynic , ANZ timing of its announcement, following yesterdays events and upcoming binary releases. . Munchin now describes China as currency manipulators. All on like donkey kong.

3.5% 2 year mortgage rate by year's end looking more likely every day. An extra $150 a week I'll be sure to pump back into the economy!

must be time to panic

. . Oh yes ... the premise that you can repair the damage caused by a debt bubble with an even larger debt bubble appears to have come unstuck ..

Who'd have thunk it !

If property prices fall significantly, depending upon government actions, the high household debt might result in higher government debt.

Look at Ireland where prior to GFC in 2008 / 2009, the government had low debt to GDP, and there was high household debt to GDP.

The ECB kind of pushed the Irish government into taking that debt on the taxpayer's back though, in fairness.

The only real NIRP currency that most Kiwis are aware of has been the Japanese yen. Go and look at a graph of NZD price in JPY over the past 10 and 5 years. What does that say about the relative value of the "cheaper money" Kiwi dollar?

Renewed capital flight from China, coming to a home near you?

Fortunately I'd imagine there are easier options now than buying here.

... and scrap fine wine collections as a perk of the job ...

...... and scrap valuations of a property you are interested in 30% below market value as a perk of the job....

And stop sponsoring our sports teams.

Recessions now banned. Business cycle anyone?
low interest rates now supposed to be permanent because deflation coming.
Low interest rates partially cause deflation!
Inflation will come back with a vengeance next year, due to... food price rises in USA and China.
Then, are they going raise interest rates? I v much doubt it. Meaning worsening standard of living.
NZ is about to find out what they would have found out if 2008-14 China export expansion had not saved them last time. Now they are far too dependent on that country, as RBNZ said yesterday

I hope the OCR remains unchanged at the present time, any more cuts is really showing signs of panic. Things will potentially get a lot worse before hopefully they get better. Can be pretty hard to get out of a downward spiral. Hold until it really hits the fan.