Why Treasury only expects to issue an additional $8 billion of bonds to cover $15 billion of new capital expenditure, and how further issuance is expected when higher operational expenditure is 'inevitably' announced

Why Treasury only expects to issue an additional $8 billion of bonds to cover $15 billion of new capital expenditure, and how further issuance is expected when higher operational expenditure is 'inevitably' announced 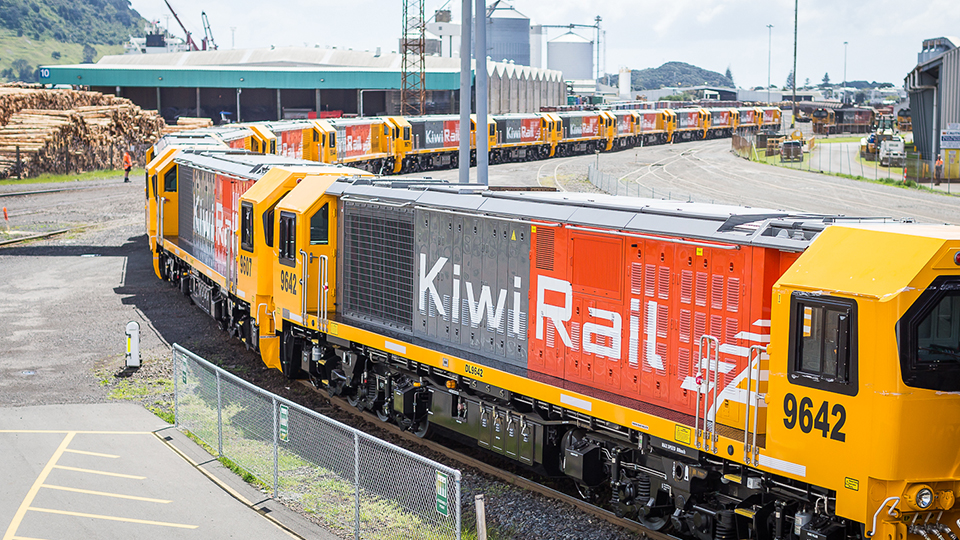 The 10-year NZ Government bond yield dropped a little on Wednesday when Treasury updated its forecast core Crown borrowing programme alongside publishing its Half Year Economic and Fiscal Update (HYEFU).

There was a small bond market rally, as the promise of $15.4 billion of additional capital spending over five years (including $12b for infrastructure) didn’t require as many bonds to be issued as expected.

BNZ’s head of research, Stephen Toplis, noted a few reasons why this programme wasn’t as large as expected:

- The Government had more money in the kitty than forecast at Budget 2019 released in May. At the time, Treasury forecast a surplus of $3.5b for the year to June 2019. However, this actually came in at $7.3b. So, the Government could announce further spending from a stronger starting point.

- Lower interest rates mean that the gross debt issuance can be less to achieve the same cash flow impact.

‘The eventual bond programme will end up higher’

Just because Treasury didn’t announce a major change to its bond issuance programme on Wednesday, doesn’t mean to say it won’t do so at Budget 2020.

And given Wednesday’s announcement was focussed on unveiling additional capital expenditure (funding for roads, rail, school property, etc), an uptick in new operational expenditure (day-to-day government expenses like salaries) expected to be announced at Budget 2020, could prompt Treasury to increase its bond issuance programme.

Furthermore, if the economy underperforms and the tax take is lower than expected, more debt may be required, so more bonds may need to be issued.

ANZ economists, Sharon Zollner and Miles Workman, said that while new bond issuance guidance at the HYEFU was “much lower than expected”, they “still see an upside to issuance further out”.

Toplis said he believes “the eventual bond programme will end up higher than currently postulated”.

As per the above explanation, he said it was inevitable that after announcing a raise of capital expenditure on Wednesday, Treasury would hike operational expenditure.

“Robertson was quite specific in his press conference that there was room to do this in the upcoming Budget especially given that his current targets leave the prospective net debt forecasts well inside the government’s upper limit of 25% of GDP,” Toplis said.

Treasury’s forecasts see net Crown debt reaching a peak of 21.5% in 2022. Robertson is also moving to his new debt target range of 15% to 25% of GDP, now, rather than waiting until 2022, as was the commitment until a few weeks ago.

As an aside, Westpac senior economist, Michael Gordon, made the point that it was curious that while Robertson said there was a “once-in-a-generation” opportunity to borrow at very low interest rates, the increase in bond issuance doesn’t kick in until 2023, when interest rates are forecast to be higher (IE making it more expensive for the government to borrow).

The $ funding plan, degree of, is a first class gauge as to the integrity of the political announcement.

In a hard number/soft number sense.

It's a great shame, we live in the best of times.

What if the planned expenditure is to be funded off-balance sheet via PPPs?

More than likely. Another buy now pay later; kick the can down the road until there are no social services for the taxes we pay left.

Just like Transmission Gully, where there has been a cost blowout sponsored by the taxpayer.

Indeed. I had this to say a while back at this link:
by Stephen Hulme | 1st Aug 16, 2:29pm
'Whilst very low interest rates do distort some economic and investment decisions in New Zealand, the benefits in terms of commencing major infrastructure build projects (transport, irrigation and civil) earlier than normal due to the massive reduction in the financing costs are massive. It is an opportunity in a lifetime for central government, local government and the private sector to advance such projects at a pace.

The Transmission Gully project’s net present cost is $850 million. This is the “whole of life” cost, for WGP to build and then operate the road for 25 years. Because the costs are spread over time, they are expressed in today’s terms.

This is $25m less than what the contract would be expected to cost through conventional procurement, and hence meets The Treasury’s value for money test for PPPs.

The cash payments will be around $125 million per year, starting only when the project is finished and open for use, and lasting for 25 years. This stream of cash payments brought back to today’s dollars is $850 million and is the “net present cost”. Read more

In reality one would expect: This stream of cash payments brought back to today’s dollars is $850 million and is the “net present cost, to have risen considerably and possibly doubled if I could be bothered to undertake a full IRR analysis, and was in possession of the original discount factor and timing method.'

Grant Robertson has been begging for the private sector to chip in on 'nation-building' infrastructure projects from the time he took office. He also made direct appeals to fund managers into floating infrastructure debt and equity instruments as an investment option to their KS and wealth fund clients.

One good thing about private investment in public projects is better decision-making in places where such governments would otherwise waste taxpayer funds on "feel-good" projects. For one, I doubt the government would generate much private interest in co-paying for moving Auckland's port to Northland.

Then we know we are being governed by novices.

Look at PPP here or Australia, please share the success stories. Count them, Add them up,
How many came in on time and under budget.
How many held true to revenue forecasts

Note that in the HYEFU, Note 10 to the Forecast Financial Statements, there was a 9.623 billion revaluation (oopards) in Property, Plant and Equipment........

ACC has posted an $8.7 billion deficit for the year, with record-low interest rates taking a major chunk of out its long-term forecasts.The corporation presented its 2018-19 financial results to Parliament on Wednesday, with a huge increase in its "outstanding claims liability" (OCL) producing its highest-ever deficit and overshadowing other results.The OCL is the amount of ACC estimates all its current claims will cost over the next 100 years. Lower interest rates mean the fund has to invest more now to cover costs down the track.[my bold]

How can a decrease in the rate of interest have the effect of destroying the capital efficiency of cash flows? Well, the present value of the cash flow is just the price one must pay when buying it. Paying a higher price for the same cash flow is a clear indication of the decrease in the efficiency of the purchase. It shows that the terms of trade of the purchaser has deteriorated. In spite of the utter simplicity of this concept it has been the source of great confusion and theoretical errors.
In each instance the capital efficiency of the float has been seriously undermined. As a result the ability of the insurance companies to increase their capital base has been destroyed. The diagnosis is that the industry is a dead man walking. The prognosis is 'sudden death syndrome'. When it becomes known that it has been denuded of capital, the industry will follow Lehman Brothers to Hades (where the god of the dead, Hephaistos, reigns).

An ad hominem argument can be made that this scenario is indeed inevitable. The rate of interest is reduced through Fed open market purchases of government debt. Thereafter the account carrying insurance premiums will be compounding at a reduced rate. It will increase more slowly. In addition, the capital efficiency of the industry is ruined. It has to pay more for generating the same premium-income while getting no relief in the form of risk reduction. In effect, the insurance industry is forced to shoulder ever more risks without the possibility of increasing premium income. Insurance companies are forced by Quantitative Easing, so called, to take ever greater risks just to keep abreast. But there is a limit to this imprudence. At one point the industry will find that it could no longer meet claims. Under ZIRP insurance companies are deprived of any return to assets with no compensation in the form of a reduction of liabilities. Link