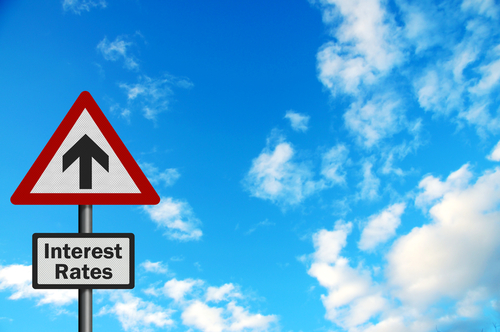 The NZ Institute of Economic Research's "shadow board", comprised of leading economists, academics and business people, has for the first time in its existence suggested that the Reserve Bank should hike interest rates - and says it should do so now.

The "board", which offers its own view of where interest rates should be ahead of the Reserve Bank's decisions on official rates, has, in what NZIER senior economist Kirdan Lees described as a "knife-edge call", come out overall in favour of the RBNZ raising the Official Cash Rate when it is next reviewed tomorrow (January 30).

Members of the nine-strong board each separately give a personal view of where they think interest rates should be ahead of the RBNZ's regular official reviews of interest rates. The views of the "board members" are based on what they think the RBNZ should do, rather than what it might actually do.

On balance the board has very slightly come out overall in favour of the RBNZ moving on rates this week, mainly because three of the nine participants have sharply changed their views on the need for immediate rate rises.

The RBNZ has itself said that rates will rise this year, but the earlier indications were that it would wait till the March review when it issues its full Monetary Policy Statement and would therefore be able to more fully explain its decision.

However, the economy is showing signs of recovering even more strongly than has been anticipated and December quarter inflation figures were rather higher than economists - and the RBNZ itself - had been predicting.

Therefore there has been strong discussion among economists as to whether the RBNZ might in fact hike rates this week.

ANZ chief economist Cameron Bagrie - who is on the "shadow board" - is one prominent economist who has changed his view in favour of an immediate rates hike.

And the other participant with a major change of  view was University of Auckland professor Prasanna Gai, who said that current rates of capacity utilisation in the economy, together with a robust housing market and high debt levels "suggest that the balance of risks to both monetary and financial stability is shifting upwards".

"A moderate increase in the OCR both to complement the LVR [RBNZ "speed limit" policy] and to trim aggregate demand would seem prudent, particularly given the relatively benign international environment," he said.

Other "board" members who had previously supported a higher OCR - and continued to do so in the latest review - were BNZ head of research Stephen Toplis and NZIER principal economist Shamubeel Eaqub.

Since March 2012 the NZIER has been running its "shadow board" exercise, which had these original goals:

Shadow board participants share out 100 points across possible interest rates to indicate what they believe is the most appropriate official cash rate setting for the economy.

Combined, these scores form a shadow board view ahead of each monetary policy decision.

Never before has the overall verdict of the board come out in favour of a rise in interest rates. In fact up till the early months of last year there was often a significant groundswell of support for lower rates.

Combining the individual percentage picks of each of the board participants gave an overall result that showed the board was 42% in favour of the OCR being 2.75%, with 13% support for an OCR of 3%. The percentage support for an OCR at 2.5% - which is where it has actually been since being lowered in March 2011- was 39% - down from 55% at the time the last RBNZ review was conducted prior to Christmas.

In addition to those already mentioned, the board also consists of Westpac chief economist Dominick Stephens, Victoria University Professor Viv Hall, NZ Steel & Tube chief executive Dave Taylor, and MYOB executive director Scott Gardiner. All four of those were still in favour of the OCR being retained at 2.5% in the latest RBNZ decision.

MYOB's Scott Gardiner said that with the confidence of small and medium businesses surging ahead in recent weeks there was a "reasonable expectation" of interest rate rises this year, with over half of such businesses expecting interest rates to put at least some pressure on their operations over the next 12 months.

"Rates should remain the same for [the first quarter of the year] to ensure business starts to see confidence translating to business results," he said.

ZZ, comes back to the same old problem

The combination of a modest public debt and a large net foreign debt reflects that most of the net foreign debt is held by the private sector. At 31 June 2012, gross foreign debt was NZ$256.4 billion, or 125.3% of GDP.[25] At 31 March 2012, net foreign debt was NZ$141.65 billion or 104.4% of GDP.[26]
New Zealand's persistent current-account deficits have two main causes. The first is that earnings from agricultural exports and tourism have failed to cover the imports of advanced manufactured goods and other imports (such as imported fuels) required to sustain the New Zealand economy. Secondly, there has been an investment income imbalance or net outflow for debt-servicing of external loans. The proportion of the current account deficit that is attributable to the investment income imbalance (a net outflow to the Australian-owned banking sector) grew from one third in 1997 to roughly 70% in 2008.[27]

Wonder what it is now?

I'm on the record here on interest.co.nz advocating that NZ should charge the Australian Banks an annual fee of $½ billion each to hang their shingle out and practice their trade in NZ

Deja-Vu - Minerals Resource Rent Tax revisited - if you followed that
The federal government's inquiry into the financial system could consider a tax on the big banks or incentives for their smaller rivals if it concludes that more competition is needed, according to a member of the original Wallis review of the sector.

Well it looks as though the AU government is looking to charge the big 4 banks a Resource Rent Tax (over and above normal tax) to siphon some of their power - and some of that tax will come straight out of NZ. To incentivise their smaller banks. New Zealand really has a case of the slows

Professor Ian Harper, who was part of the panel that conducted the Wallis inquiry in 1997, said the strength of the big banks was key to the stability of Australia's financial system. Professor Harper said the government's new inquiry would have to decide where to strike the appropriate balance between the stability provided by the big four and any need for greater competition, and come up with the right policy response if it deemed change was necessary. ''If you want competition, then you are going to have to do something to mitigate this pressure that smaller institutions face,'' Professor Harper told Fairfax Media.
http://www.smh.com.au/business/son-of-wallis-facing-balancing-act-says-f...
http://www.smh.com.au/business/son-of-wallis-facing-balancing-act-says-f...

lots of vested interests eh what.
and of course keeping the rate low keps the property bubble going....our the value of your assets high.

The OCR was reduced 50bps as an emergency response in March 2011.
That emergency reduction has done it's job.
The rebuild will not be sabotaged by an increase in March.
It is however one of the reasons it is time for a return towards our long term average of closer to 4%

"long term average" was BAU....ie growth for ever...that era has past, now its shrink for 40 years.....maybe 20 til we reach an equilibrium. Massive capital/asset value destruction.
A popping bubble.
Long trm average I think will be 2~3%, 4% a peak and not for long....
regards

More good news for the hawks.

No ASB representative on the board. Any particular reason?

If I remember correctly throughout most of the 1990s whenever the economy looked like recovering the RBNZ upped the rates and stamped it out resulting in a decade of lost growth.  I guess for economists it is same old same old.
Regarding the overseas debt. Obviously if you sell the country's assets to offshore companies and they use money they borrowed offshore to buy those assets and then they remit their largely untaxed profits to their parent companies instead of investing in NZ of course there will be a huge foreign debt.

So how do our financial gurus achieve the two essential targets
A. Lower exchange rates
B. Moderation of house prices
????

Well.. if you look at the emerging mkts... its easy to do.
Just give Foreign Capital a scare so that it flows out....
I give thks that our financial gurus have not tried to weaken our exchange rate by printing money these last 4 yrs...
Maybe our turn will come in the future..??

There is a rather large anomoly in inflation data.
The Governments operating deficit was bigger than expected due to the tax take being lower than expected. If the economy was in true inflationary mode one would expect to see a bigger tax take due to the higher business activity and demand by consumers etc.
http://www.nbr.co.nz/article/nz-govt-operating-deficit-bigger-expected-l...

Good point.
It does mention there is an expectation that the "variations" will even out....though this is from Treasury so maybe not, depends if its onky political view or real logic....no way to tell..
Oh wait,
"Treasury officials are picking accelerating tax revenue growth as an expanding labour market provides more income tax, and as rising wages get caught in the fiscal drag of people entering a higher tax bracket."
Yet un-employment isnt moving much and neither is ppl wages. Of course this is a different factor.  So looks like the idea of "variance" is wonky....as per usual for Treasury.
regards

True , the data had some funnies in it

A Tale of Two Cities.
http://www.marketwatch.com/story/davos-billionaires-oblivious-to-the-com...

Hike the OCR now, sit back, popcorn and watch our export to Aust goes into reverse.
Also it's cheaper now to go to Bali, Tasmania than going to NZ for holiday from Aust

Bali is cheap for a reason.
The Aussie bogans are welcome to go there.

And the kiwi bogans will in turn swamp Gold Coast, just blimming great!

I dont see this happening just yet, and here's my perspective:

Boatman, I think your point number 1 is interesting.
Wheeler and co are making dicks of themselves over the LVR nonsense. As you imply, this may well encourage 'em to take the non-controversial route and not hike rates until the case for change is clear to everyone.
Don't worry though... the RB will soon find something else to worry about and proceed to meddle in the economy over that issue.