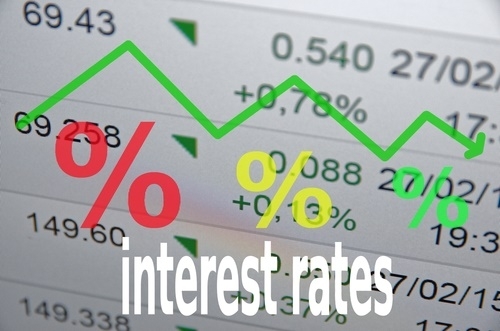 The Reserve Bank's getting a warning about being overly aggressive on easing monetary policy ahead of its decision tomorrow on whether to further cut official interest rates.

The New Zealand Institute of Economic Research's 'Shadow Board', comprising of prominent economists, academics and business people, is expecting that the Official Cash Rate (OCR) will be trimmed to 3% from 3.25%.

The OCR was cut to the current level just last month from 3.5% previously in response to a slowing economy and rapidly deteriorating terms of trade - the latter largely due to a big slump in dairy prices.

However, while the views of the nine-strong 'board' have moved very strongly in the past month in terms of expecting lower interest rates, they are cautioning the RBNZ on going too far too fast.

"While there is some support for a 0.5% cut or more, this is not a majority view," NZIER senior economist Christina Leung said.

Shadow board member Arthur Grimes, an academic who in the recent past has been chairman of the RBNZ, said the world economy was shakier now than it was six weeks ago when the RBNZ was last making a call on interest rates. He pointed specifically to China, Australia and Greece. "...So a further cut in the OCR is warranted. However, the lower exchange rate and likely accompanying rise in inflation caution against being too aggressive in cutting rates."

Fellow shadow board member and BNZ head of research Stephen Toplis said there were "huge risks" to the current economic and inflation outlook.

"If dairy prices don’t recover and drought hits we could be headed for recession and much lower rates. But if the currency keeps falling, much higher headline inflation will pose a significant challenge for the RBNZ suggesting significant upside pressure for rates even as the economy softens."

In making a decision on where the OCR should be shadow board participants share out 100 points across possible interest rates to indicate what they believe is the most appropriate Official Cash Rate setting for the economy. Combined, these scores form a shadow board view ahead of each monetary policy decision.

NZIER's Leung said the shadow board’s average recommended interest rate of 3% now compared with an average reading of 3.4% in June.

The RBNZ's decision to cut in June did come as a mild surprise to the markets as the majority of economists had expected that it would wait till later in the year before cutting.

Since the cut by the RBNZ last month the views of, particularly the economists, on the shadow board have moved very firmly toward lower interest rates.

But if the currency keeps falling, much higher headline inflation will pose a significant challenge for the RBNZ suggesting significant upside pressure for rates even as the economy softens. YES!!! Tax cuts are a coming....

OCR to go much lower and stay lower once the RSBNZ and Govt realises the dairy commodity boom is over .... for a long time Provincial slump on the way.

The dairy market is over supplied and over indebted, huge farm mortgagee sales coming 2016/18

The RSBNZ should have moved in April to head off a deepening recession.

So a self styled shadow RB with a few right wingers / hawks in there? ho hum.

The economists still seem to be trying to see inflation where it is unlikely to exist. The lower exchange rate will certainly have some impact, but I suspect much less than and spread over a longer time than they expect. Today in Australia inflation in the June quarter was 0.7% driven by petrol prices. This was a lower than they expected inflation number. I note that our RBNZ target simplistically allows for 0.25 to 0.75% per quarter, with numbers outside this acceptable if balanced within other quarters in a year. So if our number was say even at an unlikely extreme of 1% for a quarter, that would be perfectly acceptable, and would likely get past the main bump caused by exchange rate driven petrol and exchange rates. Other imported product prices may have a longer lead time to filter through, while in many cases importers and foreign manufacturers will absorb the exchange rate hit to keep their local pricing competitive, especially in a massively surplus capacity world. So if there was an exchange rate effect of say 4% inflation, this would likely take a couple of years to drift through.
Having said all that, there seems little reason or need for the RBNZ to panic. A 0.25% drop is expected, and will no doubt be delivered. If there is still need for further cuts they can come later.

So Stephen Topliss still sees the potential for 'much higher inflation putting upwards pressure on rates.'. He appears to be living on a different planet from the rest of us.
Long term charts very clearly show inflation declining throughout the developed world for a generation or more. Digital technology,globalisation,rising income inequality,loss of union bargaining power are all contributing to this,but Mr Topliss appears to be oblivious to these forces.

Remember when pundits told us that if dr copper went below $3k a then it was the end of the world.
Guess what just happened.
http://finviz.com/futures_charts.ashx?p=d1&t=HG