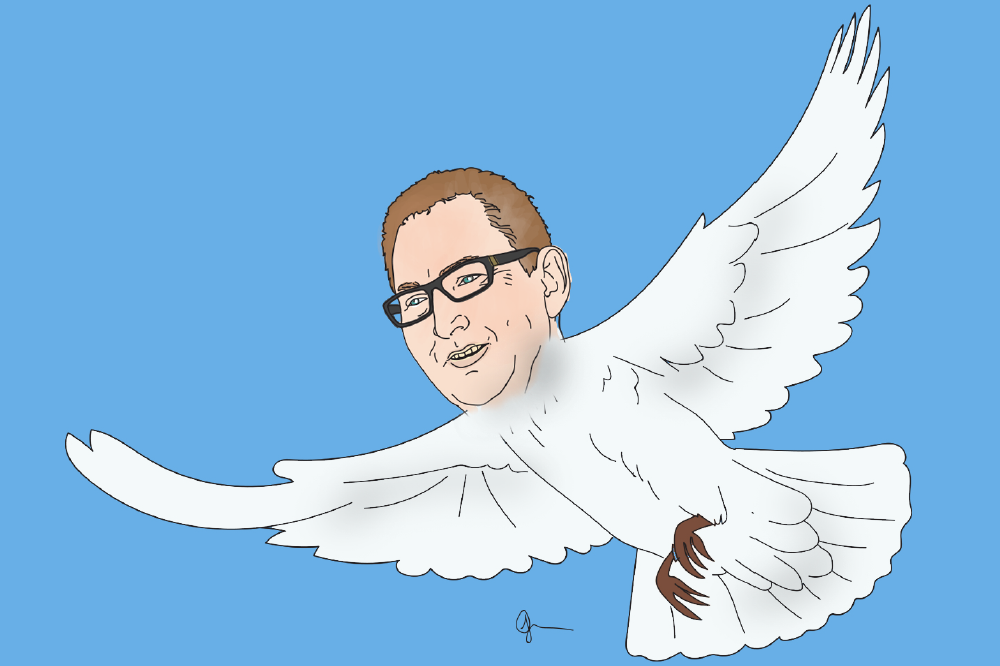 The Reserve Bank (RBNZ) is widely expected to keep the Official Cash Rate (OCR) on hold at 1.75% on Wednesday, but all eyes will be on the extent to which it acknowledges a softening of the economy.

Statistics New Zealand figures released on Thursday show gross domestic product (GDP) grew 0.6% in the December quarter, and 2.3% from the same quarter the previous year. This undershot the RBNZ’s projections of 0.8% and 2.7% respectively.

While the economy is in good shape and getting a sugar hit from more government spending, it is being hamstrung by capacity constraints. International headwinds also continue to create uncertainty, business confidence is low and there are concerns banks will tighten their lending if the RBNZ implements its proposals to require them to hold more capital.

The question then is whether the RBNZ will use more dovish language in the half-page-long statement it’ll release on Wednesday.

ANZ economists (who are outliers among their peers, forecasting three OCR cuts by next year), expect the RBNZ to acknowledge the softening, but maintain an overall similar tone to in its February Monetary Policy Statement (MPS).

They believe it might take the RBNZ a bit more time to reach the conclusion they have – that the RBNZ’s growth forecasts are too optimistic and there isn’t enough oomph in the economy for inflation to reach the 2% target.

Kiwibank economists believe the RBNZ will again roll out its, “We will keep the OCR at an expansionary level for a considerable period,” line.

They haven’t seen enough to dramatically change their view of the economy since the RBNZ released its MPS in February.

However ASB economists say a lot has happened since then, but the time isn't right for the RBNZ to rock the boat.

"Concerns over the health of the global economy have grown, global central banks have become more dovish, the tenor of domestic and global data has waned and the domestic mood is sombre following the terrorist attacks in Christchurch," they say.

"At this time there is the clear need for government policy institutions to stay on message to provide continuity and reassurance...

"While the RBNZ may acknowledge that risks have shifted further to the downside, the outlook remains reasonable.

"There is time for the RBNZ to wait and see how forthcoming data and events will unfold before changing its policy stance or OCR settings."

Similarly BNZ economists expect the RBNZ to “remain reasonably balanced,” saying there isn’t a good reason for it to shift its tone.

“Having said this, the markets are showing reluctance to price in much more easing after that. Also, they appear averse to odds of an OCR cut as soon as the 8 May MPS.

“With this in mind, the markets would probably react more to any dovish speak from the RBNZ this week, than if the Bank maintained a balanced tone.

“Another reason for the Bank to be careful about any dovish intonation this week (intended or not) is that it would pre-empt what the newly established committee might or might not lean towards, come the May MPS.

“And this is noting that we are still yet to know the names of four of the seven members to be on the committee.

“Not that the Bank should feel its hands are tied beforehand.

“But after it struck such a strongly balanced tone in February (including extending its view of an unchanged OCR right out through 2020), and with the interim economic and financial news being mixed rather than wholly negative, then a monetary policy tack this week would need some explaining.”

In its February MPS, it pushed forward its forecast for its next move by six months. It expected a hike to occur in March 2021, rather than September 2020.

Adrian Orr has seemed to be pretty proactive so far. My guess is he will cut before things get too bad, end of the year if I had to take a punt.

"We at the RBNZ have noted with great concern the decline in Auckland House prices, and whilst this is regrettable we don't think it is time to panic just yet. We are softening everyone up by noting the deterioration in world trade, but please be assured that if and when house prices start falling in Wellington we will act swiftly and decisively. The political consequences of delay at that point would threaten the independence of our little empire"

Institutions hate to admit error, so the stupid house prices in Auckland are not the fault of the RBNZ. Oh, no, its the fault of those naughty bankers. Blame institution failure on "a few bad apples". Works every time. Or, as Mark Zuckerberg so accurately put it:
"I don't know why.
They "trust me".
Dumb fucks.
https://en.wikiquote.org/wiki/Mark_Zuckerberg

I seem to quite enjoy watching your program run vs the RBNZ.

I wouldn’t be shocked if the OCR is cut tomorrow.

He and the Chief Economist came across a little smug and self-satisfied at the last meeting. I can see them continuing this tone and it will be the catalyst for Kiwi to hit parity with the A$. Then they'll cut.