Businesses' interest in taking out govt-backed bank loans rises, as confidence improves and the scheme's eligibility criteria are broadened

Business
Businesses' interest in taking out govt-backed bank loans rises, as confidence improves and the scheme's eligibility criteria are broadened 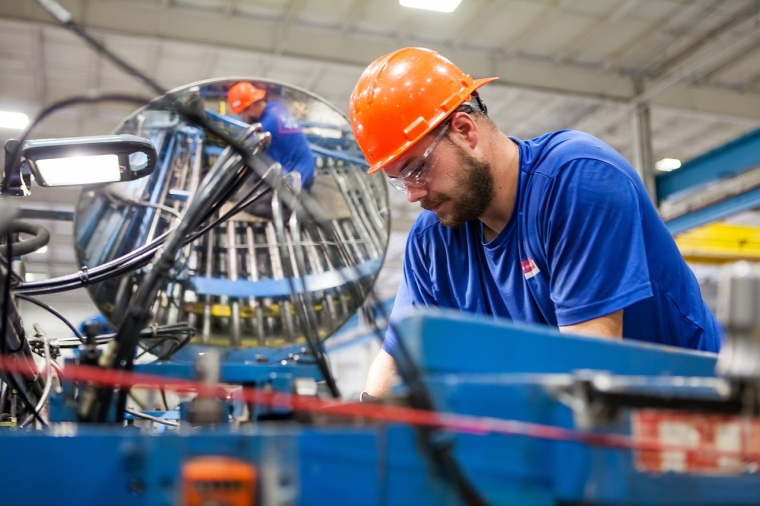 As at January 1, 2,397 businesses were borrowing $1.3 billion via the COVID-related scheme, made available in April.

Three months prior, 1,090 businesses were borrowing only $288 million, according to data published by the Reserve Bank.

So, the value of loans written under the scheme more than quadrupled in the three months to January 1, while the number of businesses taking out loans more than doubled.

Accordingly, the average loan size under the scheme has been on the rise, hitting $541,993. 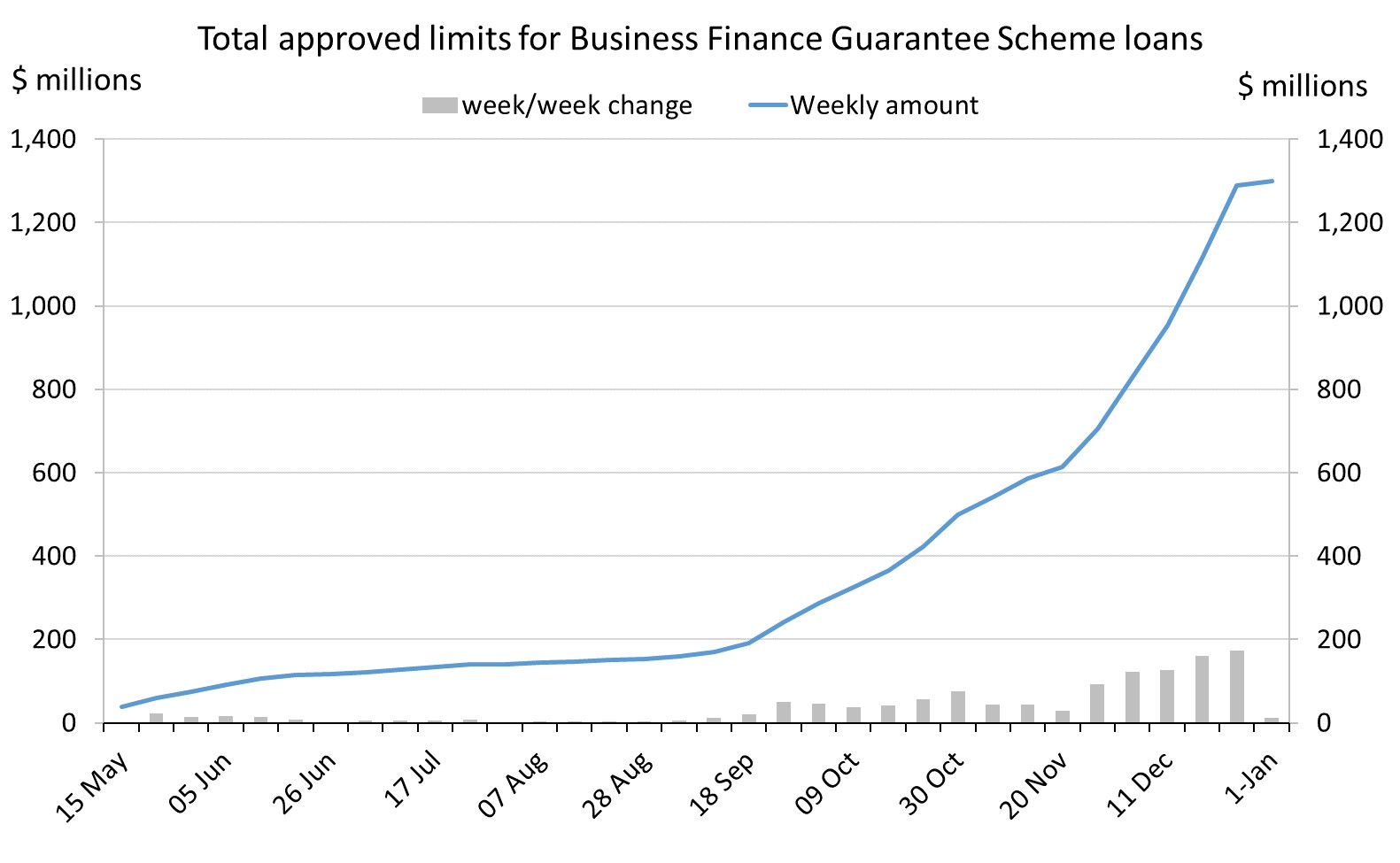 The uptick coincides with business confidence rebounding strongly in late 2020 to a point higher than before Labour came into government in 2017.

It also follows the Government making the scheme available to a wider range of businesses, allowing them to use the funding for capital investments as well as operating costs, and increasing the limit on the amount businesses can borrow 10-fold to $5 million.

Under the BFGS, businesses can get loans from participating lenders that are 80% guaranteed by the government. So, if the business defaults on the loan, 80% of the loss will be carried by the taxpayer and 20% by the bank.

Participating lenders (ANZ, ASB, BNZ, Heartland Bank, Kiwibank, TSB, Bank of China, Westpac and Nelson Building Society) can determine loan sizes and terms, and whether or not to take security.

Finance Minister Grant Robertson scrambled to unveil the scheme in March, as financial markets were in meltdown mode. He urgently wanted to signal to businesses the Government would help banks keep lending, ignoring Treasury’s warning to hold fire announcing the scheme until it had fleshed out details with banks.

Robertson committed to underwriting $6.25 billion of loans under the scheme.

However, a hesitancy from businesses to borrow in a highly uncertain environment, coupled with a relatively tight criteria saw the BFGS sit largely untapped until around September/October.

Robertson loosened the BFGS’s criteria in May and then again in August. In December, he extended the scheme until June 2021.

While the scheme started being used more in late 2020, banks’ overall business and agricultural lending (which includes BFGS loans) continued sliding until at least November, when the latest data is available. 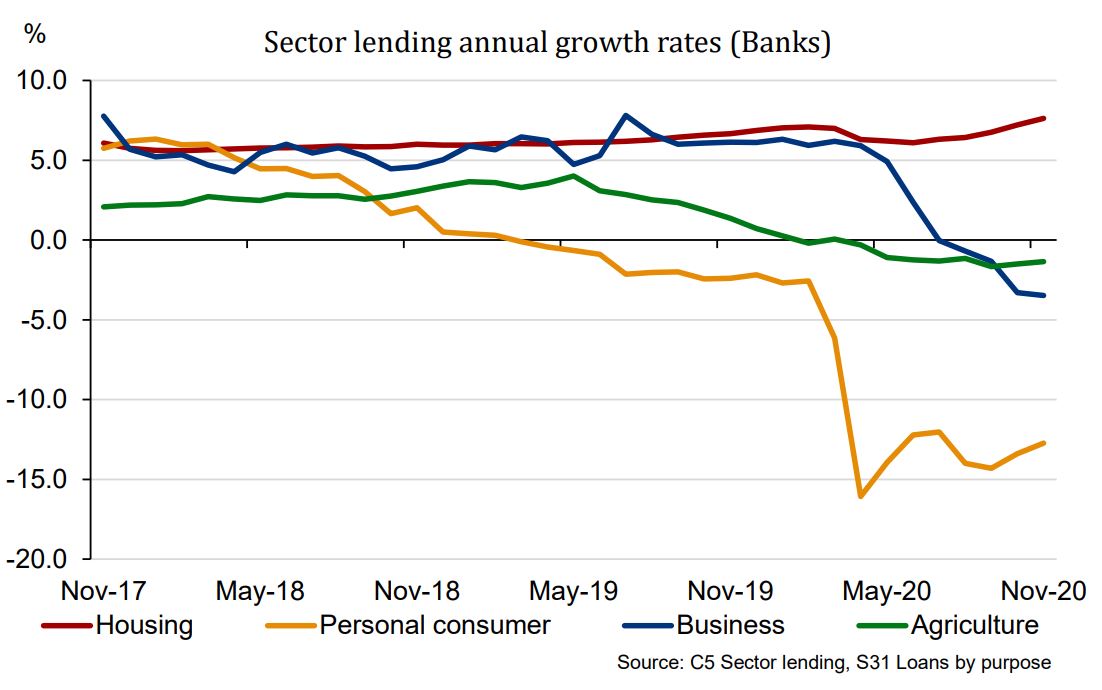 While the $1.3 billion lent under the BFGS is a fairly sizeable sum, it only makes up 0.8% of New Zealand-registered banks’ business and agricultural loans.

$1.7 billion lent to businesses directly by the govt

As for the Small Business Cashflow Loan Scheme - a second scheme whereby the Government directly writes businesses loans of up to $100,000 (depending on how many people they employ) - the uptake has been strong.

These loans are interest-free if repaid within two years.

In February the eligibility criterion will be expanded. Businesses have until December 31, 2023 to apply to the Inland Revenue for loans under this scheme.

Good. Let's hope that the biggest chunk of this money will be successful in promoting economic growth, focused capacity expansion and productivity improvements. Banks' business lending is still on the disappointing side, but this might hopefully improve in 2021.

Banks only seem to be interested in financing consumption and asset swaps.

I hope bank execs on multi-million dollar salaries realise the rise of CBDCs and the success of government business loan schemes puts their future at serious risk.

It will remain to be just that.. a hope - capacity, productivity are too hard basket to work upon. Other spectacular asset swap activities already outshine the rest for NZ economic growth.
No promo needed there, it's an automatic self smooth run oiled engine. Banks business lending already improved from 2020, who says housing lending is not a 'business'?

Under the BFGS, businesses can get loans from participating lenders that are 20% guaranteed by the government. So, if the business defaults on the loan, 20% of the loss will be carried by the taxpayer and 80% by the bank.

Other way around, it's 20% the bank and 80% the crown: https://www.treasury.govt.nz/information-and-services/new-zealand-econo…

It encourages banks and non-bank deposit takers, like Nelson Building Society, to lend where otherwise they may not by the Government taking up to 80% of the loan’s default risk.

What I want to know is why the government hasn't bothered doing something like this before, even if with more stringent criteria. They've been moaning about low productivity growth for decades, but this sort of lending that would more easily allow businesses to invest in capital is exactly the sort of thing we need if they want to improve productivity.

You're right - apologies. I've written about this scheme so many times, I'm not sure how this happened. Story corrected.

YaY! The RBNZ's actions are starting to pay dividends!

No wait, this isn't them, but I thought all their action was to stimulate business lending?

According to RBNZ. Weighted average interest rate on outstanding balances 2.5%. Nice if you can get it. I am sure business owners are refinancing to remove the banks security over their homes and other personal assets in favor of this scheme.

Would make sense. By why do we need the banks at all here? The govt and central bank can lend directly to business. Why do the banks get to clip the ticket? Where's the value add?

At the rate they're closing branches, maybe the banks won't be here much longer

The decision to close down branches is all about cutting costs and increasing profits/dividends; it is purely a financial decisions to suck more of the lending margins back to their parent company in Aussie.
Also, the decision goes to show how low depositors appear on banks' priority list with shareholders and low-LVR housing borrowers up there at the top.

One reason is the government may not be very good at weighing up risk for this sort of business lending, not having built up any ministry to manage it. So it makes sense to outsource that to the banks, although I feel like the 80% underwrite is probably on the high side, but if it gets the banks lending more rather than less, then it doesn't seem like a bad idea.

Why would banks be any better? Given that their business is weighted towards property, they're already indicating they're not interested in non-property lending.

Banks have business banking units who already give loans to companies.

"80% of the loss will be carried by the taxpayer"
Well no it won't as taxpayers are not currency issuers. Taxation only returns government created money back to be destroyed.
Beardsley Ruml was a chairman of the New York Fed and he had this to say. "since the end of the gold standard, "Taxes for Revenue are Obsolete". The real purposes of taxes were: to "stabilize the purchasing power of the dollar", to "express public policy in the distribution of wealth and of income", "in subsidizing or in penalizing various industries and economic groups" and to "isolate and assess directly the costs of certain national benefits, such as highways and social security".