Dairy company Synlait is signalling the cutting of perhaps 200 staff, through which it aims to save $10 mln-$12 mln a year

Business
Dairy company Synlait is signalling the cutting of perhaps 200 staff, through which it aims to save $10 mln-$12 mln a year 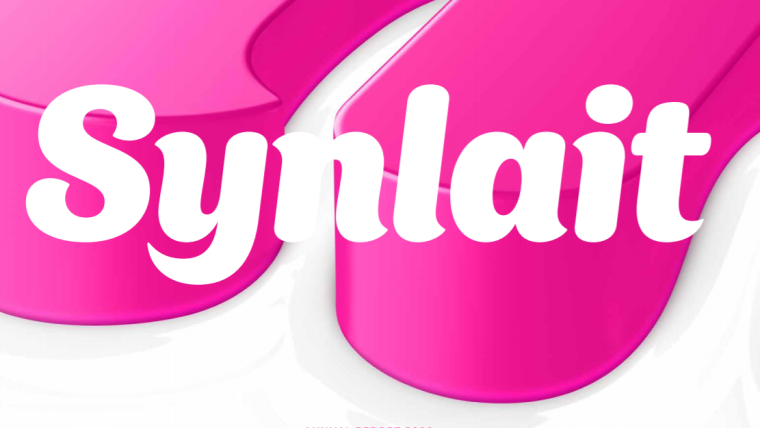 Dairy company Synlait Milk (SML) is signalling it may cut as many as 200 jobs as it looks to put the business on an even keel after a torrid, loss-making, year.

In a statement through the NZX on Wednesday, Synlait said it had on Wednesday morning "updated staff that it has commenced a consultation process to update its organisational structure".

What that means is the company's looking at cutting 15% of its workforce. It gave only a percentage, and not staff numbers. But Synlait's 2020 annual report  (pages 24-25) indicates the company was, last year anyway, employing around 1400 people. So, 15% of that would be 200 jobs gone. The vast majority of the workforce is in the South Island, at Dunsandel in Canterbury.

The company reckons it can save between $10 million and $12 million in wages by cutting the jobs.

Synlait says it is discussing the proposed changes with "impacted team members and union representatives".

The consultation process will take place over the next two weeks. A further update will be provided along with Synlait’s full year 2021 results on Monday, September 27.

In its most recent earnings update in May, Synlait said it was expecting an after tax loss of up to $30 million in the recently completed financial year and said it had been granted a waiver of financial covenants by its bankers.

The company, which earlier in the year announced departure of both its chief executive and chief financial officer, delivered a series of earnings downgrades after at the beginning of the July financial year aiming for a "slight improvement" on last year's $75.2 million profit.

Synlait's woes are related to the woes being suffered by a2 Milk Company (ATM) as a2 is a "strategic partner" as well as a 20% shareholder. The biggest shareholder in Synlait is China's Bright Dairy Holdings with 39%.

The company's shares were up 7c to $3.24 in an overall declining market in early trading on Wednesday (after announcing the job losses), but are down by nearly 50% in the past 12 months.

Synlait chief executive John Penno said in the statement to NZX on Wednesday that the company had "been through a lot of change over the last 12 months".

He said the proposed changes were designed to "align leadership and resourcing" around key business units (Nutritionals, Ingredients, and Liquids) and remove "any unhelpful hierarchy" from the organisation to ensure staff have the information, resources, and freedom to act as they need to, to do their jobs every day.

"As part of this, we are also on a journey to transform our culture.

"We need to build teams that are working together with clear roles and responsibilities, and the systems needed to chase the growth we are looking to achieve.

"This is not just a cost out exercise, it is a complete reset of how we operate as a business."

The big question is A2 milk.The Daigou channel is not a great channel to rely on. Its a shame they dont have a main channel that just puts the product in containers on boats to china to large established importer channels. Also, there are others selling A2 protein milk now for less.

Relying on students packing milk powder into suitcases or privately shipping from outside China doesnt seem great to me.

The really big question with A2 now is takeover.

Actually, they do have another A2 channel. In fact they have two other A2 channels. One is online and the other is via mother and baby stores in China.

I think it's a lot more than just A2 milk woes.

that is what you get when you put an  fonterra person in charge, layers of middle management and a bloated executive i am glad john stepped back in before it got to out of control

A2 market cap could easily fall another 30-40 percent over the coming 12 months, given Synlaits directly holds twenty percent its no wonder its looking to slash costs.

Thanks  Sharetrader for correction , I misread article quickly without thinking . However  irrespective of the share holding structure we still see A2 down another 30 percent.

their share prices follow each other up and down because synlait is A2's main manufacturer, i guess that is why they brought just enough to stop any take over but not enough to trigger their own take over.

From talking to Chinese citizens, daigou channel is preferred method of buying. Daigou essentially means buying for someone else at no profit. They stated A2 milk is looked on as the premium brand (as nil scandals in the past with contaminated product), but people are reluctant to buy any milk powder off the shelf in China, as people are concerned is may be a counterfeit product. So preferred channel is to get a work mate or family member travelling to Australia or NZ to buy some for them. Apparently you can buy 2 tins with nil customs duty. I was told most people on a plane returning to China will buy some tins, similar to buying cigarettes in the 80s and 90s when returning from overseas. So the lack of tourism, is a big blow to A2 milk. They also stated price is less of an issue given most people only have one or two children, so most Chinese would avoid a cheaper brand for their baby/ toddler and would prefer to spend extra on a  premium product.