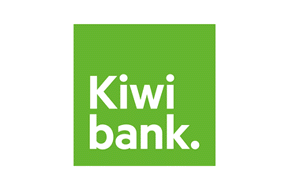 Brock was speaking after Kiwibank posted a $3 million, or 3%, rise in June year profit to $100 million, marking record profit for a third straight year, after its net interest margin rose and bad debt provisions were released. Kiwibank, which launched in 2002, is yet to pay a dividend.

"Our three year business plans that we go into negotiate with our owner have a dividend track built into them," Brock said.

Asked by interest.co.nz whether this suggested a dividend would be paid to NZ Post within three years Brock replied "correct."

The promise of dividends comes after analysts at First NZ Capital estimated in 2011 Kiwibank needed about another $200 million of capital over four years to become self sustaining and in a position to pay dividends. The bank now has $1.06 billion of capital, including share capital of $400 million and retained earnings of $445 million. At the time of the First NZ Capital report Kiwibank had capital of $629 million.

The bank's net interest margin rose to 1.86% from 1.81% annually, although Brock said it had subsequently risen further to about 2%. Brock attributed the increase to an improved funding mix, and Kiwibank delaying the passing on of Official Cash Rate increases to savings and transactional account customers.

"If we manage the difference between how fast rates go up versus our funding costs, then obviously that helps our margin overall. That's what we've been doing," said Brock.

"I think probably that's more relevant in a rising interest rate environment as it (the OCR) has been going up quite quickly over the last six months. It may not be as sustainable in the next six months."
The net interest margin rose despite Kiwibank seeing a big shift in its home loan book to fixed mortgages from the more lucrative (for banks) floating rates. Brock said Kiwibank's home loan book was now about 70% fixed. Net interest income rose 6.2% to $293 million.
And on the funding side, Kiwibank's total debt securities issued rose $635 million, or 42%, year-on-year to $2.143 billion with greater use of both commercial paper and medium term notes. Customer deposits accounted for 81% of funding versus 84% in the previous year.
Costs surge

"A big part of the costs has been obviously investments in the core banking system. We've also been investing in our branch network, specifically around new customer pilots in relation to kiosking in those stores,... and investments in digital particularly around mobile banking launching the home hunter application," Brock said.

"We've (also) continued to invest from a compliance and credit point of view in our risk and credit system and we're seeing good efficiency gains and improvements in the bad debt performance as a result of those improvements we've been doing over the past couple of years."

Kiwibank says about $100 million will be spent over the next four years upgrading its core banking system. The bank describes this as a four year programme to transform payment, transactional and back office IT systems. Brock said the first phase of this was underway.

Meanwhile, the restructure Kiwibank's currently in the midst of, that'll see about a net 80 jobs go especially from mid-management roles, will see costs cut in 2014-15.

"I'd say somewhere in the order of 2% impact on the cost to income ratio," said Brock.

Kiwibank's return on equity fell to 11.84% from 13.25%, which Brock attributed to significant extra capital being held following changes to regulatory requirements. It was planned this would be offset by revenue growth in coming years, he added.

"Importantly for me it's very pleasing to see the cross sell of our existing customer base to our main bank customers improving 20% year on year," said Brock.

"Kiwibank is continuing to track towards capital self-sufficiency. Lending growth was softer than forecast amid a rising interest rate environment in the second half of the year, but still above that of major competitors," said Roche.

"In a significant change in emphasis, Kiwibank has recently been given operational responsibility for all corporate retail stores, to further develop and deepen customer service relationships," Roche added.

Brock said the new look stores, being piloted on Auckland's North Shore, were driving automation with kiosks being used notably for bill payments. He said this meant staff could engage customers in more sales conversations within branches, or stores.

"We're seeing good revenue uplift from that and the plan as we bring people and digital together in those stores is to start progressively rolling out those learnings across the rest of the country," said Brock.

For the first time Kiwibank also provided separate detail on the annual results of the NZ Post group wealth and insurance operations. Brock said the wealth business, including KiwiSaver, private wealth and superannuation, delivered profit after tax of $7.6 million. This was an annual rise of $1.3 million, or 21%. KiwiSaver customer numbers rose 20,000 to 114,006, and funds under management rose $600 million to $2.75 billion.

NZ Post itself reported annual net profit after tax of $107 million versus $121 million the previous year, although that was bolstered by a $72 million gain from the sale of Datacom.

Do you think that it's too late for them to share some of the profit with NZ Post so they won't lay me off?

Good , so can we expect the fiscus (thats us taxpayers)  to get  a reasonable dividend for all the risk we have had to bear for the Govt running a small,  undercapitalised  bank on our behalf  ?