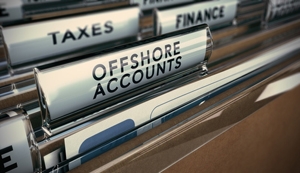 There are fears the Government’s plans to prevent foreign controlled banks from slipping under the taxman’s radar, could end up hitting their New Zealand customers in the pocket.

The Inland Revenue Department (IRD) is proposing to impose a higher tax burden on non-resident investors who get income from interest, dividends and royalties.

In its consultation paper entitled, ‘Non-Resident Withholding Tax: related party and branch lending’, it suggests ways to strengthen the existing law, which hasn’t been significantly reformed since it was introduced in 1964.

Minister of Revenue Todd McClay says that without changes to the rules, there is an incentive and ability for non-residents to shift profits out of New Zealand with no or minimal New Zealand tax paid.

He says that the IRD’s audit activity had uncovered instances where large multinationals were using sophisticated techniques to defeat the tax rules.

Banks – aka bank customers – expected to feel the pinch

However a Deloitte partner who’s advised a number of banks, Patrick McCalman, has issues with the way non-residents, who provide loans to New Zealand, will come under the IRD’s magnifying glass.

He says the problem is New Zealand's big four Australian owned banks still require international markets for funding, so will be stung by the law change.

If banks are asked to fork out, it’s likely they’ll ask their customers to pick up the cost by paying more interest.

“Reserve Bank of New Zealand data shows that as at 31 March 2015 there was $74.6 billion of non-resident funding through foreign currency. We suspect most of this will be through structures which will now be subject to the Approved Issuer Levy (AIL).”

In other words, if banks pay an average interest rate of 2% for borrowing that $74.6 billion, they could end up paying an extra $30 million in tax.

McCalman says this would also keep New Zealand aligned with our trading partners – Australia, the UK, and the US – which provide exemptions from withholding tax in similar circumstances to ensure that tax doesn’t act as a barrier or cost to capital flows.

He says it is important New Zealand remains competitive when it comes to attracting capital investment.

Furthermore, McCalman points out, “The proposals seemingly run contrary to the changes in 2011 which provided limited exemptions from AIL for listed bonds.

“These changes had their origin in the Capital Markets Task Force which recognised the barriers to foreign financial markets that AIL imposed.

“The design and background to the AIL regime recognised the legitimacy of these structures and was intended to afford New Zealand companies a choice between putting in place such structures (with associated costs) or paying a simple 2% AIL.

“That original recognition of the legitimacy of these structures seems to have disappeared.”

The IRD paper itself says applying non-resident withholding tax to bank interest would be likely to increase the cost of capital for all borrowers in New Zealand significantly, should the banks increase their level of related party funding into New Zealand.

"For these reasons non-resident withholding tax is likely to be inappropriate for this lending," says IRD. "Officials therefore suggest that banks be allowed to pay AIL on interest paid to non-resident associated lenders. This would only apply when the borrower is a member of a New Zealand banking group, as already defined for thin capitalisation purposes."

The IRD hasn’t made a single mention of how much it plans to earn from the proposed law change, in its 42-page long paper.

McCalman says, “If it’s not worth a lot, then you sort of say, “Why do it?” So it must be worth something.”

EY tax specialist Joanna Doolan says she’d like to see the IRD front up with some figures.

“Often there’s too much of a PR spin on some of the changes that are coming through and not enough economic comment on how they will actually impact New Zealand”, she says.

“We can’t just look at things from a tax perspective. It has to be considered around the total economic impact on New Zealand. It’s irresponsible to look at tax in isolation from the rest of the economy.”

The first paragraph would be more plausible if it read, "There is an attempt to sow fear that the Government’s plans.....".
Currently it reads that Patrick McCalman may have some level of concern for the customers, cue Tui ad reference.....
More true is that he and his fellow rentiers are miffed that their gravy train ticket is about to be clipped.

Let me get this straight - this chap is concerned the banks (who are regularly identified as extracting exorbitant profits fron NZ) might be a little miffed if they have to pay a more reasonable level of tax on those profits. Why should we be worried about leeches? If they pass on more costs to the customers the TSB and Kiwi Bank will just get bigger as their customers vote with their feet!

Murray, please explain the detail of the "exorbitant profits" (e.g. return on assets or return on equity etc) or are you just citing vague "regularly identified" people" as actually knowing anything that they're talking about just to make some insult of organisations that you clearly have no knowledge of

So Patrick is concerned that the products and services provided at an unequal advantage from foreign corporations will be forced to charge a higher rate, if subjected to a level playing field with NZ businesses? And that people might go to the NZ businesses and pay profits and employment in NZ, rather than chase the cheaper un-taxed services from foreign corporations.....?

Patrick why again is this a bad thing??

"“New Zealand banks take their tax obligations very seriously and the industry supports tax reform that makes sense in the New Zealand economic and business environment, and gets the balance right between workable regulation and economic growth," Hope said."

Seriously how do these fools get the big money?

Hope.... The Westpac, BNZ, and (IIRC) the ASB got pinged for _tens_ and _hundreds_ of !!_millions_!! of dollars in for inappropriate tax avoidance penalties. some dodgy debt for equity scheme IIRC.

Do you really think "telling the bigger lie" will pass unnoticed?

Reserve Bank of New Zealand data shows that as at 31 March 2015 there was $74.6 billion of non-resident funding through foreign currency. We suspect most of this will be through structures which will now be subject to the Approved Issuer Levy (AIL).”

In other words, if banks pay an average interest rate of 2% for borrowing that $74.6 billion, they could end up paying an extra $30 million in tax..

Can somebody explain to me what is really happening here.

It is generally accepted that when local NZ banks source foreign funding for NZD domestic assets they borrow eurodollars, via an associated entity, in say London. A foreign entity or in some cases a domestic party equally borrows an equivalent amount of NZD. Subsequently they enter into a currency swap (basis or otherwise) directly or via a broker. Hence the term hedged foreign borrowings.

Since the RBNZ is responsible for NZD 14.796bn of the $74.6bn total mentioned above that leaves ~60.0bn remaining, which is accounted for by ~NZD 20.0bn Kauris bonds and ~NZD 20.0bn Uridashi/Eurokiwi bonds issuance. The other twenty is shrouded by commercial sensitivity.

Now in both the former cases it is accepted that mainly foreign entities with AAA ratings issue credit wrapped NZD funding at rates well below (+300 bps?) what the local banks pay to fund tier 1 capital requirements. And or course the RBNZ just prints roughly half it's exposure to lend back to the banks' settlement balances and the rest to put the Crown deposits to work.

Where will this Approved Issue Levy liability fall - to the NZ banks or the NZD issuers? Obviously, through the swap the foreign NZD issuer pays the eurodollar funding costs while the NZ bank pays the basis plus the NZD funding costs.There are further complications in so much that ~55% of Kauri bonds are owned by resident investors surely paying withholding taxes at source via the Computer Share repository. All the while this type of funding is exempted from OBR pre-positioning, given the NZD funding is swapped.

So you're telling me businesses pass costs on to consumers!? Colour me surprised...