As Facebook spruiks Libra and the key global anti-money laundering overseer says virtual asset service providers must be regulated, what have NZ regulators got to say?

As Facebook spruiks Libra and the key global anti-money laundering overseer says virtual asset service providers must be regulated, what have NZ regulators got to say? 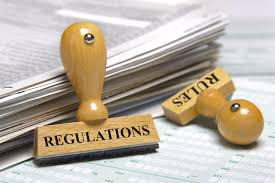 Facebook's plans for a global cryptocurrency named Libra may sound like a libertarian utopia, but the reality is global regulators will be taking a very keen interest in it, including those tasked with supervising anti-money laundering laws.

In a white paper short on detail but big on grandiose statements, Facebook says Libra's "mission" is to "enable a simple global currency and financial infrastructure that empowers billions of people." Facebook has plans for "a new decentralized blockchain, a low-volatility cryptocurrency, and a smart contract platform that together aim to create a new opportunity for responsible financial services innovation."

One of the first thoughts to enter my mind when I heard of Facebook's plans and read the white paper was where does anti-money laundering fit in?

All the white paper has to say on the topic is this; "Some projects have also aimed to disrupt the existing system and bypass regulation as opposed to innovating on compliance and regulatory fronts
to improve the effectiveness of anti-money laundering. We believe that collaborating and innovating with the financial sector, including regulators and experts across a variety of industries, is the only way to ensure that a sustainable, secure, and trusted framework underpins this new system."

In April the Department of Internal Affairs (DIA), one of New Zealand's three Anti-Money Laundering and Countering Financing of Terrorism Act (AML/CFT Act) supervisors, noted virtual assets such as cryptocurrencies are vulnerable to being misused by criminals to launder money and fund terrorism. This, DIA says, is because they allow greater levels of anonymity, have global reach making it easier for cross-border payments, and they can be traded easily.

The DIA says it's the lead AML/CFT contact for virtual asset service providers (VASPs), stating financial services provided by VASPs fall within the existing definition of a "financial institution" in the AML/CFT Act.

"A virtual asset is a digital representation of value that can be digitally traded or transferred, and can be used for payment or investment purposes. One example is Bitcoin, which is a virtual currency...VASPs are evolving at a rapid pace, and while they create much innovation, they are creating new opportunities for criminals to launder their proceeds or finance their illegal activities or fund terrorism," DIA says.

Last week global anti-money laundering overseer the Financial Action Task Force (FATF) issued a paper on virtual assets and VASPs. This includes an amended recommendation requiring VASPs be regulated for AML/CFT purposes, licenced or registered, and subject to effective systems for monitoring or supervision. New Zealand is due a mutual evaluation by FATF next year.

"New technologies, products, and related services have the potential to spur financial innovation and efficiency and improve financial inclusion, but they also create new opportunities for criminals and terrorists to launder their proceeds or finance their illicit activities," FATF says.

The FMA is 'watching Libra with interest'

Meanwhile a spokesman for the Financial Markets Authority (FMA) says, not surprisingly, that the FMA is following the international developments around Facebook’s Libra proposals with interest.

"Crypto currencies are typically borderless so we work closely with other regulators around the world to understand what’s happening in their jurisdictions and how they are responding. Details of Facebook’s plans are still unfolding and international regulators are monitoring this closely. We will continue to monitor the situation," the FMA spokesman says.

He went on to say that Facebook and the Libra Association, which will govern Libra, will need to consider their obligations in New Zealand.

"These include obligations under the Anti-Money Laundering and Countering Financing of Terrorism Act 2009 and, because a means of payment is being issued or managed, registration on the Financial Service Providers Register and membership of a dispute resolution scheme. Fair dealing requirements under the Financial Markets Conduct Act will also be relevant. These prohibit misleading or deceptive conduct, false or misleading representations and unsubstantiated representations," the FMA spokesman said.

He also added that ultimately Libra's supervisor for AML/CFT Act compliance will depend on how the currency is set up. Aside from the FMA and the DIA, New Zealand's third AML/CFT Act regulator is the Reserve Bank. Last week Assistant Governor Christian Hawkesby said the Reserve Bank has an "open mind" about Facebook's development of Libra, but cautioned that safeguards and "how much protection society wants" need to be considered.

A note from MinterEllisonRuddWatts partners Lloyd Kavanagh and Jeremy Muir, plus senior associate Maria Collett-Bevan, takes a look at the FATF paper from a New Zealand perspective.

"While, on its own, the [FATF] Guidance does not change the letter of New Zealand’s AML/CFT Act, it is likely to guide its interpretation by the three supervisors, namely the Reserve Bank of New Zealand, the Financial Markets Authority, and, most importantly, the Department of Internal Affairs, now that DIA has assumed the lead role for VASPs. There is plenty of room, DIA stated publicly in April 2019, for financial services provided by VASPs to fall within the existing definition of a ‘financial institution’ in the AML/CFT Act," the law firm says.

"The position that VASPs are currently regulated in New Zealand based on wording dating from 2009, mere months after Satoshi Nakamoto first published his/her/their paper on bitcoin, and the lack of supporting, practical guidance as to how to comply are unhelpful to those in the industry, already causing some innovators to consider seeking more certain regulatory regimes elsewhere. The virtual asset sector is still relatively new and evolving, understandably making it difficult for legislators and regulators to commit to specifics."

"However, the publication of the Guidance, and the call by FATF for countries to revisit their regulation of VASPs, presents an opportunity for New Zealand to design a specific 'fit for purpose' regime by introducing new definitions of virtual assets and VASPs into the AML/CFT Act and providing specific regulations and guidance, much as the government did recently in Phase 2 for lawyers, accountants and real estate agents, amongst others. This is to be much preferred over relying on statutory language from more than 10 years ago, which predates the technology it is seeking to cover, and international agreements which have not been approved by the New Zealand Parliament. It also removes the risk of a judicial challenge to the DIA as regulator, based on the argument that the ambiguity in a penal statute should be resolved in favour of the private citizen rather than the state," MinterEllisonRuddWatts says.

Technology that could help billions? Na, can’t have that. A small minority might misuse it. Better stick with what we’ve got now because it’s so much better...

I still think that cryptocurrencies are way too vulnerable to the darknet of which there are a number of cases of cryptocurrencies being used from everything from drugs money laundering to other dodgy dealings which are too gross to discuss in polite society. How anyone is going to fix that aspect of it going to be an ongoing challenge, since it's such a tangled web, example; keeping a customers anonymity when allowing them to trade, will that even be possible, I doubt it. But then again perhaps that's a good thing.

Why not go for Bitcoin - it's already established, is borderless, and contains all the AML risks outlined above. What has the FMA done about that. Bitcoin has been going for a long time now. What has the FMA done in that space - anything? or is it just noise to placate the upper echelons of the elites - something will be done

Last I heard NZ banks were closing the accounts of anyone they caught buying or selling bitcoin or other cryptocurrencies.

It annoys me when I see lawyers creating little patches of work for themselves. Think of crypto’s as just another currency, just like pounds or pesos. Not legal tender in NZ, but nothing stopping you exchanging with another party for value if you want. And just like other foreign currencies, value goes up or down based on supply and demand of bothe the currency being sold and the other bought, and the exchanges are merely stores of that currency. There is nothing stopping a bank doing the same. And the current regulations are appropriate.

1. Still need to prove where source of wealth came from. Ie, where did funds come from that went into the system.
2. Need to then show that funds coming out of the system are also going to regulated entities.
3. Holding profits and losses are no different to exchange gains or losses.

So. If you prove where the wealth in crypto came from, and your identity, etc. then should be ok.

But most users can not prove where the wealth that came into the crypto comes from. Especially if transfers from offshore.

Therefore get regulated exchanges, with local front end for identity, and linkage to FATF requirements. And proven capability to prevent I’d theft, then it will work.

But it’s all abou5 anonymity. And AMLCFT isn’t. And we should never compromise on this. Stops tax fraud, despots stealing wealth, financing of terrorism, apart from state sponsored and drug money being made clean. And if you think it doesn’t occur in nz, just look at the growth of notes on issue, property booms in Auckland and Queenstown, the proliferation of trusts, and the suchlike. We are a classic location and a prime target.

Why do you think there is no register of trusts and trustees. Too much to hide.