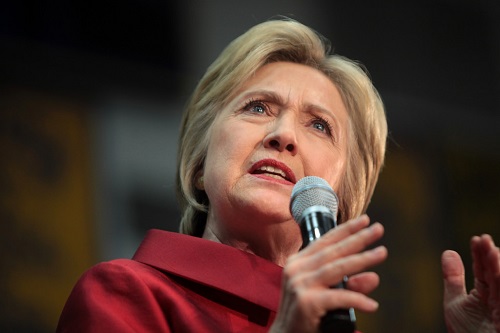 The NZD/USD exchange rate traded to a low of 0.7105 last week but has since recovered a little to 0.7160 as the US dollar itself weakened in global FX markets on Friday 28th October.

As the US Presidential election approaches on 8 November financial and investment markets are understandably starting to reflect some jitteriness around the uncertainty surrounding the result.

A taste of what we can expect in the very short term in the lead up to 8th November was seen last Friday when the US dollar was sold on news that the FBI may investigate additional Clinton emails.

The US dollar had been making reasonable gains against the Euro from $1.1300 to $1.0850 on the expectation that a Clinton election victory means that the Federal Reserve will proceed with an interest rate hike in mid-December.

The USD dollar was abruptly sold back to $1.0980 against the Euro when the FBI (politicised or not!) said they would re-open the investigation.

The risk for the US dollar exchange rate value centres on the view that a surprise Trump victory would see the Federal Reserve hold back from an interest rate increase in December.

That would be seen as negative for the US dollar value. I guess there was always the likelihood of further attempts by various sources to discredit both Presidential candidates as the Election Day nears.

The reaction by the FX markets is in indication and warning to the markets that a Brexit-type surprise result with a Trump victory cannot be entirely ruled out.

The political opinion polls, the bookies and the financial markets all got the Brexit result wrong and the result was a serious “event risk” with the Pound Sterling exchange rate tumbling in the markets.

The potential for a similar event risk with the US Presidential election result is clearly present as the result hinges on a small number of voters in the key swing states of Ohio and Florida.

The US dollar could be expected to strengthen on a Clinton status quo victory and weaken on a Trump win.

How the New Zealand dollar reacts to how these US political events unfold, which appear far removed from economic rationale, will be interesting.

Whilst a surprise Trump victory would see the US dollar weaken, the Kiwi dollar would not necessarily strengthen as US equity markets would most likely fall in value on the extreme uncertainty of what the whacko Trump economic agenda would mean for the US economy.

The resultant “risk off” sentiment in investment markets would see the NZ dollar lower, following the Dow Jones Index down.

However, the likely immediate sell off on Wall Street may not last too long as US interest rates are kept lower for longer by the Fed on the uncertainty of what Trump means for the US economy.

Judging by the opinion polls, the more likely outcome is a Clinton victory and a stronger US dollar against the Euro towards $1.0700.

Provided RBNZ Governor Wheeler chooses his words carefully at the Monetary Policy Statement two days later on 10 November, the NZD/USD rate could be pushed below 0.7000 for the first time since early June.

To get the maximum impact on the FX markets to generate a lower NZ dollar value, Governor Wheeler has to be emphatic that after the OCR cut to 1.75% further cuts will be needed in the future to return inflation to the 1% to 3% target band.

If the RBNZ are not as this clear-cut with their forward guidance the Kiwi dollar will go upwards following their statement. Completely opposite to the RBNZ’s objective.

Whether the RBNZ have to actually cut the OCR again in 2017 remains to be seen, as a lower exchange rate and rising inflation (as previous oil price reductions drop out of the inflation numbers) may well mean that no further cuts are needed.

Whilst a surprise Trump victory would see the US dollar weaken, the Kiwi dollar would not necessarily strengthen as US equity markets would most likely fall in value on the extreme uncertainty of what the whacko Trump economic agenda would mean for the US economy.

My spell check puts a squiggly line under whacko. - it's not a word we expect to see in a serious article.

I can't see why they think having some protectionist policies is radical and whacko? I think his policies will moderate free trade deals that have gone too far and have caused suffering for a large percentage of the population and great benefits for a few. It's globalism and open borders and poltical correctness that's becoming whacko.