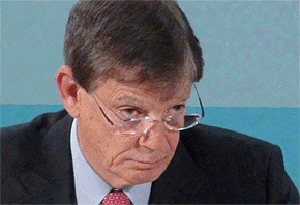 Bank economists aren’t expecting any surprises from the Reserve Bank (RBNZ) when it reviews the Official Cash Rate (OCR) and delivers its quarterly Monetary Policy Statement (MPS) on Thursday.

ASB, Westpac and HSBC economists believe the OCR will remain at 3.50%, and the central bank will maintain its "the OCR could go up or down" view.

They are expecting the MPS to echo the neutral tone of the January OCR review, as not much has changed since then.

Yet there’s disagreement over whether the rate will increase or decrease when it finally moves.

ASB chief economist Nick Tuffley says, “We expect the RBNZ to remain on hold for the foreseeable future, with a 25% chance of a cut in the near term.

“The medium-term growth outlook won’t be too different from the December MPS forecasts, but the inflation outlook will be lower – particularly over 2015 on the back of the plunge in oil prices.

“And with that, the RBNZ’s interest rate track will lose most, if not all, of the increases previously signalled.”

Yet HSBC chief economist Paul Bloxham maintains the OCR’s next move will be up.

He says, “In our view, the market is currently understating the risk of higher inflation and interest rates over the next couple of years.

“This partly reflects that strong growth has, so far, failed to produce much inflation, but in our view this is because the economy has had plenty of capacity to absorb greater activity.

“The still-high unemployment rate (5.7%) is evidence of this. Over time, that situation is likely to change and therefore we still expect the RBNZ's next move to be up, albeit not until late 2015 at the earliest.”

“While the interest rate track is expected to show some increases in the latter part of the projection, these are likely to be more modest than was anticipated in the RBNZ’s December forecasts.”

Ranchhod maintains the housing market will be a focus of the MPS.

The MPS gives the RBNZ the opportunity to explain how it proposes to achieve its targets, how it will formulate and implement monetary policy during the next five years, and how monetary policy has been implemented since the December statement.

Ranchhod says, “Pressures in the housing market are expected to prompt some tightening in macro-prudential policy over the course of this year, and the RBNZ may make some mention of possible changes in capital adequacy requirements at next week’s press conference."

The Reserve Bank is moving to create a new asset class for bank balance sheets of loans to residential property investors. The move is designed to bolster financial stability by making banks hold more capital against such loans.

Bloxham says, “This would allow the RBNZ to set different capital requirements for investor loans, making it possible to increase the cost of borrowing for that type of borrower.

“This could give the RBNZ another tool to attempt to cool the housing market without lifting the cash rate further.

“These measures also highlight a growing level of concern about housing price growth at the RBNZ and provide another reason to suggest that the next move for the cash rate is likely to be up rather than down.”

The RBNZ introduced restrictions on bank residential mortgage lending with high loan-to-value ratios in 2013 in an attempt to cool the housing market.

Westpac’s Ranchhod says, “The RBNZ is expected to reiterate its discomfort with the current level of the New Zealand dollar, noting once again that it is “unjustified and unsustainable”.

“Since the RBNZ last used such language in January, the NZ dollar has actually appreciated against a number of currencies.

“While the impact of these words on currency markets does tend to diminish with the frequency of their use, we are not yet at the point of zero impact and failing to use them again next week would send the wrong signal.”

ASB’s Tuffley says, “The RBNZ will repeat past warnings about the unjustifiably high NZ dollar. If the warnings get even more strident, that would firmly suggest the RBNZ is more concerned about the NZ dollar’s on-going strength”.

The OCR should drop, the RBNZ is so out of touch with the rest of the world.it will only inflict unecessary pressure on borrowers and raise the banks profit to new record highs.

In The UK you can get a new car financed under 5%, it's less than an NZ mortgage....

Of course the OCR should be reduced, India, China and Australia have reduced rates. If the majority of our largest trading partners are reducing rates and New Zealand keeps a high OCR because of an inflated Auckland Housing Market then as a country we will loose a competitive edge with every business finance facility also paying higher than necessary interest rates.

is New Zealands economy stronger than our tading partners?

inflation is well under control, possibly too controlled.

How does ASB predict a 25% chance of a rate cut when the latest marketing is persuading clients to fix their mortgage?