Jenée Tibshraeny's reading of the RBNZ's Monetary Policy Statement: 'Yeah there's coronavirus, but that whopper August interest rate cut is still working its magic so there's no need to panic - yet'

Jenée Tibshraeny's reading of the RBNZ's Monetary Policy Statement: 'Yeah there's coronavirus, but that whopper August interest rate cut is still working its magic so there's no need to panic - yet' 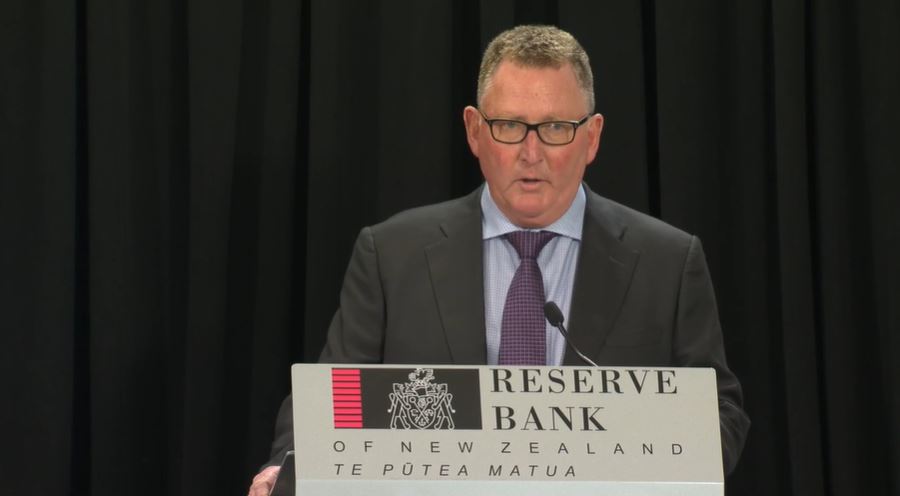 The impression it gave in its quarterly Monetary Policy Statement and accompanying press conference on Wednesday, was that it did the heavy lifting last year, so has the luxury of sitting back and enjoying the fruits of its labour.

Sure there are storm clouds (in the form of a pandemic) on the horizon, which could bring either drizzle or a hurricane. The RBNZ is ready to respond, should it need to, by cutting interest rates.

But with the OCR at a record low 1%, it doesn't have a whole lot of ammunition to take out an insurance policy against coronavirus.

So for now, it's patting itself on the back for getting the economy to a comfortable position.

Governor Adrian Orr didn’t hold back in August when he told everyone to make the most of the low interest rate environment and “go and spend”.

Finance Minister Grant Robertson responded by in December announcing an extra $12 billion would be spent on infrastructure. Robertson last month detailed the transport projects $6.8 billion of this will go towards.

Orr welcomed the fiscal stimulus, which both he and his international counterparts had been calling for, characterising it as “significant”.

The RBNZ did however note there was a risk government projects could crowd out private investment.

It also said: “Greater competition for resources may increase the costs of some inputs, such as wages in the construction sector and prices for materials and equipment.

“This impact may be particularly significant given the current tight labour market and busy construction sector.”

While Treasury forecasts $8.1 billion will be spent between June 2020 and June 2024, the RBNZ believed there is a risk the Government doesn't get the money out the door as quickly as planned.

But all-in-all, Orr was pleased, saying: “I certainly wouldn’t want to appear ungrateful.”

Did someone mention house prices rises?

Households also responded to the RBNZ making it cheaper to borrow.

Following a soft patch in early 2019, annual house price inflation picked up to nearly 7% in December, according to the REINZ House Price Index.

The RBNZ isn't at this stage concerned mortgage lending and household borrowing levels pose risks to the financial system.

With immigration expected to decline and building activity to ramp up, the RBNZ sees house price growth petering off towards the end of 2020.

Businesses haven’t taken the cue to spend quite to the same extent.

The RBNZ has taken a glass half full view of coronavirus.

It only expects the virus to impact GDP growth in the March quarter, so has shaved 0.3 percentage points off its growth projection for the quarter. Rather than growth of 0.7%, the RBNZ forecasts growth of 0.4%.

The RBNZ made its call based on the assumption that coronavirus starts becoming contained by the end of February and that travel disruptions gradually ease from March. This is clearly at the best case scenario end of the spectrum.

However ANZ economists made a good point, which echoed a comment Orr made: “It’s actually the exchange rate, rather than interest rates, that is the most important adjustment mechanism for this kind of global shock that hits exporters hardest.

“There’s no reason to think the NZD won’t do its job, and move broadly together with our commodity prices, wherever they may head.

“We tend to take the NZD for granted, and it can never please all the people all the time, but it’s an absolutely crucial adjustment mechanism, particularly when the OCR is nearing rock bottom.”

The RBNZ changed its OCR track a little from November. It no longer sees an OCR cut on the horizon, but rather has a rise pencilled in for 2021.

Coronavirus or the numerous other headwinds facing the economy could still worsen, requiring the RBNZ to cut the OCR.

"Monetary policy has time to adjust if needed as more information becomes available," the RBNZ said.

Until then, Orr will be putting his feet up and enjoying a beverage - the glass at least half full.

It’s a total joke that the RBNZ expects to see the Coronavirus impact dissipate in the second quarter of this year. Best case is that things will start to resolve in the third quarter

Are you a medical expert?

I'm pretty sure they have a more complete set of information to act on.

You dont need to be a medical expert to see the shit storm coming on this one.

12-18 months away, from the real bile that can trick/let our body to learn the new code to repel.. that's for quickest estimate before of mass production started.. upon success clinical trial.
You really cannot rush this things. 4 candidates of cures right now still being developed, investigated & tested. But by jolly gosh, it is never liked patching up the 787 battery issues. Biology is odd, you cannot rush the growth of a child or tree quickly, often in Med. when you push things quickly? the result is not what you expect. That's why the 'basic training' of Med will took around 7yrs.

Nevermind the poor renters. She really said it.

Would you rather be a debt-free renter with cash in the bank right now or an over-leveraged, otherwise broke home owner?

(I am neither of those two by the way).

This is my summation of the RBNZ's approach, not my personal view, just FYI.

I honestly don't know. I'm suspicious of being overly leveraged, but NZ govts will always prop up homeowners at any cost... so I guess that?

No point expecting nz businesses to help excell the economy by increased spending or investing in plant and machinery, most never do, if they did we'd have a far more productive economy. Put it in private bank accounts via direct transfers instead.

How many NZ businesses do you own or run...?

Mind your business. Theres plenty of evidence to hand that NZ businesses are laggards in investing for productivity, thats the point I am raising.

Easier money in property. Why invest in business when productive enterprise is taxed far more aggressively?

Ask one single data point in the NZ economy vs. all the rest?

Where is "all the rest data"? Link please.

Are you unfamiliar with NZ's low productivity coupled with an obsession for property investment? Subjects that have been very well covered over the last decade.

RS, you can do both and many do, I own 2 businesses and also multiple properties

The crooked central banker prime directive is that house prices must always go up. Come hell or high water.

Those without houses can get stuffed. It's your own fault for being born too late.

General principle of life is that you reap what you sow. Maintaining expensive asset prices at the expense of the productive economy will come with a cost.

Yeah, blaming when you are born is a great way to get ahead in life

The person surely just being sarcastic about it, but yeah.. on that front? - about two of us different families comparing notes, able to support, ups/down, have/have not owning the place etc. - Oddly both came to the same puzzle Maths, as to how our own kid/s even remotely possible to afford their own home? - Both of us, can only see one possibilities though.. NZ is just the step wobbly stone for us. Most of those young clever OZ, we trained them here as per local charges, hardcore Med, Dentistry, Pharmacy etc. - Brilliant, almost 100% of them gone back once finished their training. C'mon give us some more good reason here, we all knew the interest rate is so low & can go even more towards negatives.. but somehow that doesn't feel like a good reason to stay longer here though.

Orr's comment via RNZ Business this morning - 3% growth is normal.

So help us, we haven't moved on since the no comprende of Bollards 'Crisis', have we?

Add in Grimes belittling of Raworth. Apparently, we're all going to take in each others' washing. That'll work. But after 24 years we'll be short of pegs. And line.

Reconcile that comment with;
https://www.rbnz.govt.nz/financial-stability/climate-change
"However, the Reserve Bank seeks to contribute to the Government’s objective of a sustainable, productive and inclusive economy, and to facilitate, where possible, a smooth transition to a low carbon economy, while ensuring that this transition does not diminish or adversely impact the financial system’s soundness and efficiency."

Carona Virus is just the new kid on the block. I was listening to a WHO representative on RNZ last week highlighting that influenza and good old fashioned sceptacemia are by far the most lethal infections globally, I was staggered at the annual death toll from those two. Corona will just fade into the back ground.

Dire Straits off Japan...But what do we know, we have no problems, going forwards, we have dropped Interest Rates to the max...no sweat, no problems, just buy, buy.......and sell sell to our largest neighbor....Skip a cruise maybe, skip off to cleaner dryer pastures.....wee's got no problem...wee's got Houses.
Wee's got the South Island...Mailford Sound...Floods galore.....Roadings will bring in Tourists...Spend spend spend.

Are you sure its not just Mark Knopfler with a few supporting session players? I heard Dire Straits were done for good and never reuniting...

Wuhan Virus figures exploding today - possibly Chinas attempt to catch up with the real numbers over the coming days as it realises the west doesn't believe any of the bs numbers provided so far.

Let's see what the March figure looks like before freaking out.

And yes, his comments directly straight to the eyes of those tourism/hospitality industries, education, seasonal labour industries, seafood & log exporters.. those evaporating potential millions, counts nothing. As RBNZ figure transactions is in billions, trillions, gzi.. (sorry, just continue.. you've got what I mean)