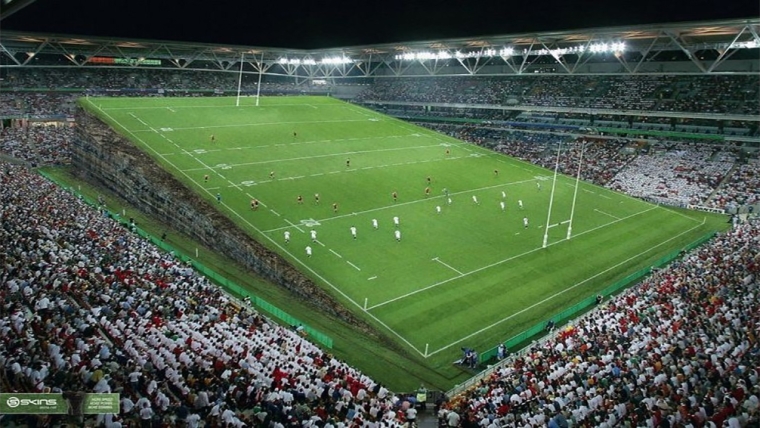 An Australian story caught my eye last week. It's a classic little battlers versus the behemoths story in which regulatory action appears to be favouring the behemoths. And a similar version of the story is playing out in New Zealand.

The BankingDay story highlights how Aussie non-bank lenders are up in arms over a Reserve Bank of Australia COVID-era funding facility they argue is altering residential mortgage flows in favour of the major banks. All Australian Prudential Regulation Authority licenced deposit takers can drawdown up to 5% of their loan books under the facility’s rules, which as BankingDay puts it; "earmarks most of the cheap funding to the country’s big banks ANZ, Commonwealth Bank of Australia, Westpac and National Australia Bank."

Non-bank lenders want a review into the allocation criteria, arguing the big banks are "weaponizing" a public-funded support measure against their businesses. BankingDay notes that data from AFG, Australia’s largest mortgage aggregator, shows the major banks accounted for more than 66% of loan applications in the June quarter, their highest aggregate market share in three years.

Here in New Zealand the Reserve Bank of New Zealand (RBNZ) plans to offer banks up to $28 billion of funding priced at the record low 0.25% Official Cash Rate from December through a Funding for Lending Programme (FLP). Non-bank deposit takers (NBDTs), such as building societies and credit unions, aren't being offered access to the FLP. As previously reported by interest.co.nz, they are not pleased about this.

The actual reasoning for the non-bank institutions exclusion was contained in the now infamous letter from Geoff Bascand, the RBNZ Deputy Governor and General Manager for Financial Stability, which jumped the gun by confirming the FLP was going ahead before the RBNZ had announced it via Wednesday's Monetary Policy Statement. About a month earlier NBDTs had asked both to be included in the FLP, and what they would need to do to be included.

In the letter Bascand says the FLP will be available to existing RBNZ counterparties with eligible collateral and the infrastructure to transact with the RBNZ.

"In theory, NBDTs could access the FLP if these criteria are met - however, we understand that in most cases, NBDTs would not have assets (collateral) eligible for this facility; additionally, we appreciate that the costs of establishing the required infrastructure is likely to be prohibitive," Bascand says.

"Given this, a number of institutions in the sector have raised concerns over the competitive impact of the FLP on NBDTs. A key concern is that the programme will lower funding costs for large banks, and leave the NBDTs at a competitive disadvantage - hampering their ability to provide credit to certain areas of the financial system."

Bascand goes on to argue NBDTs should benefit indirectly from the FLP because funding available to banks through it should decrease demand for other sources of funding such as retail deposits and wholesale funds, lowering the average interest rate on these funding sources, and thus lowering the average funding costs for a broad range of financial institutions.

However, he acknowledges "perceived inequities the NBDT sector may feel the RBNZ has created through its actions since the onset of the COVID-19 pandemic."

Building societies and credit unions weren't included in the government-RBNZ arrangements announced in March to enable banks to offer mortgage repayment deferrals. However, they have provided them anyway.

"I wish to assure you that, consistent with our mandate, the RBNZ's actions since the crisis have been solely focused on promoting the maintenance of a sound and efficient financial system and have not in any way been intended to favour one sector of the financial sector over another," Bascand says.

"While we will continue to work with the NBDT sector to ensure a level playing field in the financial sector exists, please appreciate that this must be done within our own mandate, risk appetite, and principles."

In June I looked at whether there was an opportunity to bolster the resilience and self sufficiency of New Zealand's financial services sector by providing a leg up for mutually owned building societies and credit unions. Although they are small within the overall financial system, the likes of the Nelson Building Society and Wairarapa Building Society, plus the two biggest credit unions Credit Union Baywide and First Credit Union, are significant players in provincial parts of NZ.

In the June story I asked whether building societies and credit unions might be candidates for a slice of the Provincial Growth Fund via the criteria of improving resilience, particularly of critical infrastructure, and diversifying the economy. With more capital they could do more to provide critical infrastructure through support of small business in the provincial heartlands and providing banking in areas where banks are pulling back. However, a spokesman for Finance Minister Grant Robertson told me this hadn't been considered.

Several NBDTs have dipped into the Wage Subsidy Scheme this year. Meanwhile ASB and BNZ, two of the country's big four Australian owned banks, are shutting a combined 70 branches in a move that will certainly be felt in provincial NZ.

ANZ, ASB, BNZ and Westpac's dominance of the NZ banking scene is highlighted by the RBNZ chart below. As of June 30, the four had combined total assets of $503.966 billion. You'll see the gap in the chart between fourth and fifth, Westpac and Kiwibank, is a chasm. RBNZ data for non-banks shows total assets, as of September, of just $19.5 billion for the whole sector.

In his letter Bascand told NBDTs the RBNZ's actions have not in any way been intended to favour one sector of the financial sector over another. THE RBNZ, and RBA for that matter, have been dealing with an unprecedented situation this year in terms of responding to the COVID-19 crisis. And in doing so it's true to say, as many have, there's no playbook to follow in terms of the response.

But by helping arrange mortgage deferrals for banks who aren't required to treat this lending as non-performing, offering them cheap FLP funding, and delaying their capital increases, among other things, the RBNZ has helped banks and not NDBTs. That's helping the big and not the small. And in what's supposed to be a competitive landscape, that's not an even playing field. 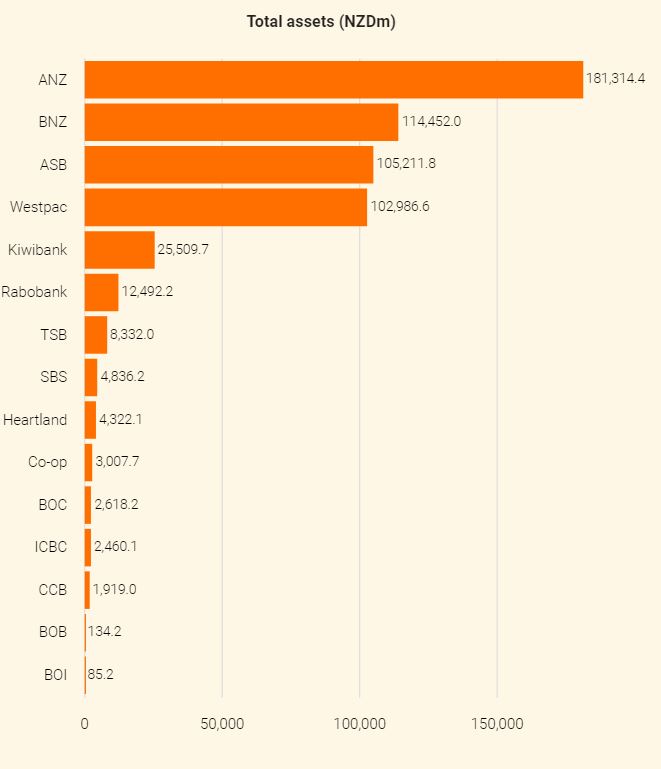 Im sure its not the Reserve Banks fault - they don't have a Fairness target.

FLP should only be offered to Kiwibank so it can take out the Aussie competition or at least pressure them to drop their rates.

FLP should only be offered to Kiwibank

Sounds like an obvious thing to do, eh? Until you find out that even ACC NZ, which owns 23% of Kiwibank via its investment arm, banks with Westpac.

Yet some of us dream of building a 'knowledge' economy on a land where common sense is nowhere to be found!

HeavyG.. what about TSB and all the NZ finance companies?

Someone looking for a retirement job with one of the main banks? NBDT too small and unlikely to pay enough

But it is relevant. The RBNZ's COVID response is a function of the governments COVID response. The dramatic reduction in OCR and asset pumping via FLP was necessitated by what the government did and the effect that had on the economy. If the governments COVID response was predicated on a misconception then isn’t that the important issue of all to dig into? The former head of Pfizer research and development saying what he did should be on the front page of every newspaper, but instead it’s censored from youtube within two hours of posting. So in NZ we’ve got a white hot housing market, we’ve got term deposit interest rates that have collapsed by about 60% by my calculations. We’ve got banks “weaponizing” public support measures. Should we not question the underlying basis on which all these things are predicated?

fat pat, a more detailed comment like this one is welcome. Thanks. Although it's probably more suited to the 90@9 or what happened today thread given its wide sweeping nature.
Cheers.