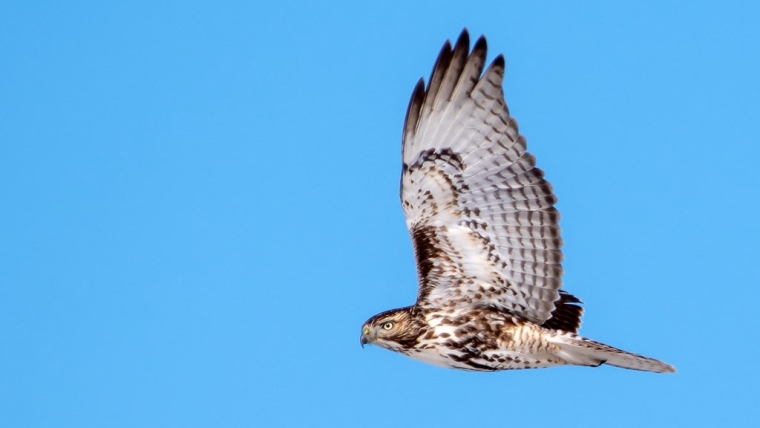 THE DOVE BECAME A HAWK: The Reserve Bank has swiftly changed its tune and is now pointing toward interest rate rises.

So, an August rise in the Official Cash Rate?

It was inevitable there would be quick speculation of such a thing after the Reserve Bank (RBNZ) made a far more rapid turn to hawkish sentiment than expected in its latest Monetary Policy Review.

What you can say is that the RBNZ has not just cleared the table for a rise, but has sent the cutlery flying with the speed it has whisked the table cloth off.

Essentially it is now free to lift the OCR from the current emergency rate of 0.25% as soon as its August 18 Monetary Policy Statement, if it feels the need to do so.

Here's the big things to watch:

The Consumers Price Index release on Friday (July 16) is huge. The key thing here is not just the size of the inflation figure. Annual inflation is expected to perhaps hit 3%, which is right at the top of the RBNZ's targeted 1%-3% range. So, that's big. But what the RBNZ will be looking at is the composition of the inflation and whether there's indications that at least some of it is likely to be of a persistent nature beyond the one-off, Covid-induced, global supply chain shocks.

Then on August 4 there's another biggie. That's the labour market figures. The buoyancy of the labour market has been astounding, with unemployment having fallen to just 4.7%. Continuation of that and increasing signs of labour market shortages and - crucially - upward pressure on wages, would provide a very big push for the RBNZ.

And then, and this one must not be overlooked, there's the RBNZ's own survey of expectations on August 12. The RBNZ puts a lot of weight on this survey of business and market figures - particularly on the expectations of future inflation levels. If this next survey shows a big upward shift in inflation expectations (and I suspect it will) that in itself might almost be enough to tip the RBNZ into an August hike. The figure the RBNZ most looks at is the expectation of inflation in two years. That had just poked over the 2% mark in the last survey, but it's been rising.

Against these three things above though is Covid. And with the fluid and developing situation in Australia there's every chance, regrettably, we may see the apple cart upset. A delta-driven outbreak of Covid in the NZ community would be an instant game changer.

So, I would suspect the prospect of any rise in the OCR on August 18 is going to be almost a day-to-day proposition. Assess how the economic data is panning out and then balance that against how the Covid risk is panning out.

Unless the economic data is absolutely red hot between now and August 18, with Covid still kept at bay, my feeling is that an August start time is too early. And it will probably be too early for the RBNZ to properly get its thoughts organised.

I reckon the central bank would enjoy the opportunity to fully explain its thinking in the August MPS document and lead in towards, probably a rate rise in November.

For the moment, as we saw from the ASB's aggressive move on Wednesday, it seems the RBNZ can depend on the banks to do its work ahead of time by hiking mortgages of their own volition.

Mortgage rate rises of the magnitude already seen from ASB will undoubtedly pour a big bucket of cold water on the hot housing market. And the RBNZ will appreciate the assistance, given that its own efforts to douse the fire are surely not getting as swift a response as it would have hoped.

Indeed it was interesting to note the comment in the RBNZ's Wednesday Monetary Policy Committee meeting summary that: "The Committee agreed that any future increases in mortgage rates will further dampen house price growth."

I read that almost as: "Okay, we've seen you, ASB, and we don't mind at all if the rest of you join the hiking party."

And I imagine they will.

So, in a sense, come August 18 it might not be even necessary for the RBNZ to raise the OCR - as long as it makes clear that such a rise is on the horizon.

But clearly, all bets are off.

The economic data between now and the next MPS review is going to be pored over. And if the data is as hot as recent data has been, and there is no Covid outbreak, well an August lift off is certainly possible.

The only thing that's definite is that for the first time since the RBNZ made the emergency cut to the OCR last March as the pandemic crisis mushroomed, the next interest rate decision the bank makes is very much a 'live' one.

In the meantime we can expect a fair bit of turbulence in the markets as everybody tries to second guess.

Did somebody say, game on? Game on indeed.

Well considered article. Yes, we are in a transition as reflected in RBNZ MPS statement.
I thought the comment "A delta-driven outbreak of Covid in the NZ community would be an instant game changer" explicitly highlights the RBNZ comment.
Despite vaccine rollout and border controls, a very high risk of a Covid outbreak remains. We have become complacent and don't fully appreciate how lucky we were to escape a bullet with the recent Wellington situation.
The current NSW experience illustrates the real risk we face. A highly contagious variant and an increasingly unwillingness by many to abide by lockdown restrictions.

Yeah it does seem like a lockdown will be coming soon to a place near you. But at least we are sensible enough to lockdown before it gets out of control so probably only a couple of weeks.

The economy is booming. Why does it need the stimulus of stupid low rates anyway.

Yes, indeed. But booming by what measure? Definitely housing and everything related to it with finance at the top of the list which has made everything possible and pushed speculation and investment into the realms of recklessness.

We should separate the fact that spending is high, away from the comment "the economy is booming". But agree, interest rates are petrol on the fire.

There is a lot of large spending, housing, boats, renovations, capital items for households. Add the pent up spending of a captive population, and late arrivals for imports leading to intense competition for what people can buy now, and a number of fundamental issues are being hidden by debt driven, government spending fuelled cash.

Once the money-go-round stops, or COVID hits again, we might get to see just how badly those fundamentals are under strain....

I would have thought with the RB rebranding we would be describing them as cloaking themselves in the feathers of the Karearea, and are ready to take their taiaha to battle with the unwanted Manuhiri that is high inflation, especially in the whare across his whenua.

But the karearea is the NZ falcon?

To my mind our most majestic bird indeed. Nonetheless a bird of prey, and damn bloody good at it. Undoubtedly a good and apt caption for this column.

I've thermalled with hawks; they pull out about 2,000ft - the reason being that they can't see prey further, and going higher is a waste of energy. And all life is an energy equation.... As is the underwriting of money....

"Nobody can be sure about timing, but we can, at least, be reasonably clear about process. With or without a surge in inflation – and/or tumbling markets and a cascade of defaults – what’s likely to happen is that the cost of essentials will carry on rising, whilst top-line prosperity continues to erode."

So, now we have moved from Crying Wolf to The Wolf is at the Door ?
Soon, we will open the door and invite the Wolf for dinner and drinks ?

The true story of the Wolf/pig incidents.....

Then we'll fund wolf led programs for the rehabilitation of sheep injured in wolf attacks. We won't arrest our way out of this problem.

You'll only have to wait until the 17th for CPI which I think will be a bumper number. That said RBNZ told us they'd be tollerant of high inflation as it was only transient in their view. I think they'll sit tight.

A rise of rates is inevitable and highly necessary., and the current emergency settings should be reversed immediately. The Covid excuse is running thinner and thinner, and a path of least regret demands a reversal of the current extraordinarily loose monetary conditions.

Or a token, meaningless .25% rise. Negative real interest rates are here to stay.

"Suddenly the hawks are everywhere",
and there's no shortage of rabbits on the ground!

We'll get to see who's burrowed too much?

It's all priced in.