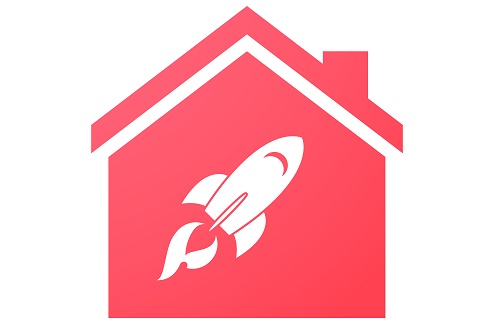 There will be some fingers, toes, and possibly a few other things, crossed in offices both of the Government and the Reserve Bank today.

The release of further incendiary housing figures both in terms of supply and what's happening with sales give extra added oomph, if it was needed to the Government's decision to impose new tax rules for property investors from today and for the RBNZ's new measures aimed at Auckland property investors starting next month.

And you could well imagine a few "this had better work" comments both in the Beehive and the nearby RBNZ HQ.

There remain two ways of looking at the very strong recent housing data, backed up by equally strong credit figures.

Either what we are seeing at the moment is investors clambering in ahead of the two-year-sale tax rule and the 70% LVR mortgage limit (the latter just for Auckland investors).

Or we are looking at a house market that is going to carry on charging upward regardless, thank you very much.

What the RBNZ and the Government will be hoping is that we are currently seeing data that represents the lag between when house transactions are entered into and when everything goes through, such as mortgage agreements.

Anecdotally the Auckland auction scene is much quieter just recently. And today's QV release suggests things are slowing. The figures from this month onward are likely to tell the tale.

But for me the most interesting emerging pattern has been the spread of activity beyond Auckland and into other markets.

That's significant because the RBNZ will from November 1 be relaxing the "speed limit" on high loan to value lending outside of Auckland.

Within Auckland banks will have to stick to no more than 10% of their new lending on high LVR loans. But outside of Auckland that's being relaxed to 15% and the RBNZ has indicated that this relaxation is the first step in perhaps removing the LVR limits altogether in the non-Auckland parts of the country. You would imagine therefore that the trend for people to look outside of Auckland will only increase - and with that more upward pressure on prices.

However, the RBNZ's Deputy Governor Grant Spencer in a speech in late August noted the emergence of house price pressures outside of Auckland and suggested that if this continued there may be a delay in removing LVRs from the rest of the country.

I think from what we are seeing already there is sufficient evidence to suggest that whatever happens in Auckland from now, the rest of the country (and particularly regions adjacent to Auckland) are going to continue seeing a pick up in activity that will be, I think, sufficient to kill off any thoughts of the RBNZ removing the LVR limits. Indeed I wouldn't be surprised at all to see, at some point, the central bank move to drop that speed limit for the rest of the country back down to 10% again.

As I've said before, I believe we are now stuck with the LVR limits for the duration.

It will be interesting to see how far the RBNZ will let the house prices go in the rest of the country before deciding to clamp down on the LVRs again. Most people not living in Auckland would surely welcome some period of catch-up with the runaway biggest city.

As for if the measures already teed up for Auckland don't show immediate signs of reining things in, it will be very interesting indeed to see if the Government and the Reserve Bank have either individually or collectively a Plan B.

You have to imagine there are a lot of people who have made considerable profits from investing in and trading Auckland property, some of which will not have returned those profits as income. The last thing they will want to do is give their lawyer an IRD and Bank Account number as there is potential for the IRD to look back in the past through records at LINZ. People will use friends, family member and associates but there will always be the risk of being potted and investigated. We are going into interesting times.

Would be interesting to know if its just the buyer that has to provide IRD number or is it both buyer and seller.

If seller has to furnish their IRD number I think it will be interesting.

Property compliance proposals announced - Budget 2015
Prime Minister John Key announced proposals today to improve tax compliance in the property investment sector. The proposals, which are not aimed at the main family home, include:
- A New Zealand IRD number will be required as part of the land transfer process.
- As part of the land transfer process, non-resident buyers and sellers must also provide their tax identification number from their home country.
- Non-residents will also need a New Zealand bank account before they can get an IRD number in order to buy a property.

IRD Website
New Zealand citizens and residents
When buying, selling or transferring New Zealand property, you’ll provide your:
•IRD number, unless you’re buying or selling your main home.
•taxpayer identification number (TIN) from any overseas countries where you have to pay tax on your worldwide income, if you have one.
http://www.ird.govt.nz/m/campaigns/property-changes.html?gclid=COjCuLC4o...

Now, on the IRD web-site - homeowners buying or selling their main home are exempt

So, naturally everyone will of course be buying their "main home"

The IRD could simply and should definitely do the old policing technique of beating the feet. They should simply door knock through high rental areas. Identify who lives in each house without exception, and follow up relentlessly the rental flow, ownership, and where it goes.
Feathers would fly.
It's entirely possible for someone to own a house, collect the rent, and there is no way for anybody to identify that is happening other than word of mouth, or by on foot investigation.

Some comments on the Nelson market from the Property Investors Association.
. The TradeMe advertisements this year got to 161 in June which was less than 2014 winter of 216. But summer is now on its way with vacancies dropping to 118 today. Richmond demand / supply remains as one of the countries hot spots for rentals. As the choice of rentals drops in the city applicants will become less picky and prices will do what they will do. Some upward price movement is occurring at last in the sales market evidenced with a 6% drop of listings over just a month. Nelson actually has less percentage of its properties for sale than Auckland so it is reasonable to expect something to happen with prices.
Meanwhile in Canterbury the number of rental listings has levelled off at 2000 but their for-sale listings have climbed 5% over a month. It is fairly obvious what is happening there. Nelson rental market is influenced by the Canterbury market so it is important for investors to keep their eye on national trends. The Government is gently pulling a number of levers and pressing a few buttons. It is a matter of opinion if their music is pleasant to listen to. Some pro provincial immigration rules have been announced. Central bank LVR rules aimed at Auckland but perhaps intended to help Wellington are going to create waves in Nelson. The Indian student immigration wave is gathering momentum, and the international tourism market is pouring a few dollars our way. So I have a good feeling about the Nelson market. Sure I have been wrong more than once in predicting another boom. Surely I cannot be wrong all the time.