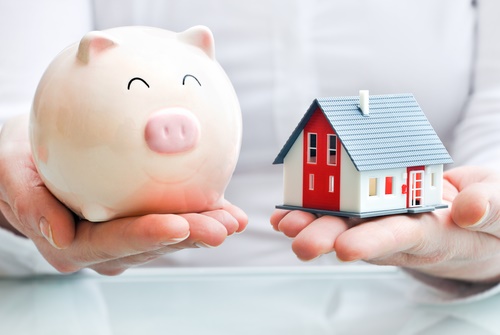 Kiwis kept the foot somewhere near the floor when it came to household borrowing during August ahead of new tax rules coming in tomorrow and new Reserve Bank loan limits starting in November.

The latest figures, collected by the Reserve Bank, show that  total household claims - which is mainly mortgage borrowing - increased by a seasonally adjusted 0.6%. That's a blink down from the 0.7% rate in July, which was the fastest rate of growth since February 2008 at the tail end of the last housing boom.

And it wasn't just personal borrowing rising strongly in August - the 12-month increase in agricultural lending was some 8.5%, which was the highest since November 2009. The sharp rise in agricultural borrowing will presumably have been spurred by the, until recently, sharply declining returns in the dairy sector.

The figures suggest that house buyers are looking to get in ahead of the new tax rules coming in tomorrow, which among other things will make gains on investment properties sold within two years taxable, and also ahead of new RBNZ rules that won't allow Auckland property investors to borrow more than 70% of the value of the houses (barring a small 5% 'speed limit' that will let banks write a small number of loans above 70%).

All the indications are that the fast pace of the borrowing has continued through September, with the RBNZ's weekly mortgage approval figures showing that 6584 mortgages worth $1.441 billion were approved last week. That's a step down from the previous week's 6757 loans worth $1.489 billion - but the previous week's figure was the highest by both number and value since April. And the latest week's figures were up 15.9% by number and 29.9% by value on the most directly comparable week from a year ago.

Returning to the monthly figures, agricultural borrowing stood at $58.118 billion at the end of August, up from $57.515 billion.

You know in a booming economy with everything heading North , it has this nasty habit of suddenly turning South .

Where we are fortunate , is that New Zealand is small, very flexible and adjusts to shocks pretty well (and quickly too)

What's booming the economy or is there just a booming flood olf liquidity?

What's booming the economy or is there just a booming flood of liquidity?

Who is buying houses now? I can reflect to 2 last auctions visited. 1 did sell to asian and the other one did not sell in spite 1 offer ($1m) made by the asian buyer as well.

I recently bought a home (small, big do-up out west... but that was the only one we could afford). Our first home and we are super happy! My competitors were ... 5 developers / builders! It is easier to buy for them then for normal buyer.