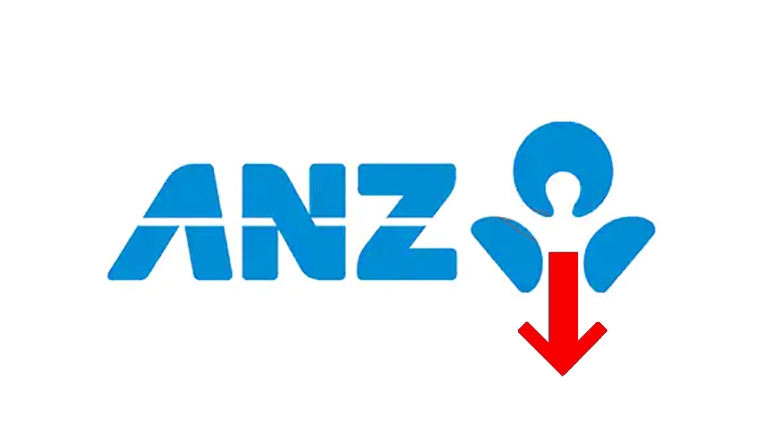 The Chinese banks no longer have the lowest home loan rate in the New Zealand market - ANZ now does*. [Updated: This article has been updated to note Heartland Bank's recent low mortgage rate offer, which their CEO called "very much a trial".]

At the same time, ANZ has taken a very chunky -25 bps off all its term deposit rates across the board (except for 30 days).

The 3.05% rate is the lowest home loan rate ever offered by a bank in New Zealand.*

This big change sorts out the home loan pricing position of New Zealand's largest bank which was being undermined by all its main rivals.

These are the first fixed rate home loan cuts since the emergency RBNZ OCR cut earlier this week.

And it sets up competitive responses which will probably come fairly soon. In fact TSB must be uncomforable with matching ANZ's 3.05% rate.

The term deposit rate cuts will be a sensitive issue for all banks. They need them to be a "viable option for savers". That is because about two-thirds of bank funding depends on customer deposits (more than just term deposits however) and banks have obligations under the RBNZ Core Funding regulations.

But the hard truth is, lending demand is expected to wither under the pressures of the virus lockdowns so it is 'easier' to cut TD rates in this environment.

Wholesale rates have fallen to very low levels, reducing the costs on about a third of bank funding (especially for major banks) and even though these have been rising recently, they are still at very much lower levels than when current home loan pricing was decided.

Savers are paying for these low mortgage rates.

[* Heartland Bank has a trial program offering even lower rates.]

WOW, 0.4% lower, that's significant! The commenters who were questioning wether fixed rates were going to come down significantly just got their answer. YES

Share trader....when in your mind is a good time to buy shares?I remembered you saying you had some cash stashed away and would buy when the opportunity arose...is now a good time or is the market still way over priced???

Thanks anz for the nice gesture. Are any banks brave enough to have a rate starting with 2?

And leading TD rates beginning with 1?

Got it on good authority a mate's colleague just got 2.6% at Kiwibank.

Unlikely given that’s their TD rate. If it is true, I feel my tax dollars on fire

It was one year fixed 2.6% Kiwibank and I have no idea of their equity/ total position but good income. Seems incredible I know but then a banker I work with is also holding off till rates go below 3% (BNZ) so maybe they know something us plebs don't.

Still doubt 2.60% from Kiwi, not with their TD rates the same. "A banker you work with".. so I guess you just outed self as a banker eh?

Well you've just answered your own question, if your friend banker is waiting for rates to go below 3% then they are not at 2.6% now…

So, will they allow breaking and refixing without any fee ?

Why should they? If you contract for something honour it.

Only if they can kick you off a fixed interest period if interest rates were ever to go up..... I'm sure there's probably a clause in the contract somewhere that enables them to do so...

That is a big jump. I wonder if ANZ are making a strategic move here to try to drive a small bank out of the home loan market?

Good timing for me , renewal due on the 3rd of April. Should be clear by then if things are going lower still , by then .

Because that's what happens when the housing affordability index improves. Not.

i love not jokes... they are still very funny.

Great then here is another. "House prices will plummet! Not"

You have to ask yourself "What is the underlying trend in property prices that this emergency lending rate, like Heartland's 2.89%, is trying to combat?" and that trends...is down. Otherwise, what's the point? (and no. Corvid19 isn't the reason! Oh, and just wait until the Credit Crunch hits - it will. Have you taken notice of those swap rates that David posts each day? They are calling higher lending rates - for those that can get access to funds - much higher, as this economic calamity unfolds. Borrow all you can now, and don't spend it!)

Funny how you look at the graph above full time scale and visually interpolate the NZ house price index over it, the two are inversely correlated. Madness. Central Banks are the cause of their own problems...insane. Everything is back to front.

YES, Now this will open eyes to those Kiwis DGMers, that no matter what - RE industries is the safe bet even in uncertain times. WHY? consider these; All those Orr's team that decided OCR owned properties, 60% all Banks loan into RE production, From PM to all cabinet ministers all owned a properties, Govt. has recently announced those safe relief funds by future borrowing, and that as Ashley Church/property Gospel preacher indicated it's very sure to be channeled to service the home loan for those redundancy workers, more than 60% NZ populations is herded to 'own' property, including 'investors' - in order to maintain the 'market stability' at any cost? overall tax payers, will be administered to do the bail out (this method we call it; using socialist method to preserve the capitalist, known as Neo-Liberalism) - Finally? following the UK, soon all NZ Banks will banded together to provide 'mortgage holiday' shed a bit from their previous accumulated forever profit - in uncertain times, when greed capitalism to be consume by it's own action - the answer will always be: Nationhood tax payers bail out. SO? why the wait? - go get those home loan while the interest is down, this is the once in a life time golden opportunity, those house current prices won't just sit there.. get rid of your doubt - as it has been shown recently when buying a concert ticket using Viagogo, or Airline tickets online - when the countdown timer of current price offering finish, then your only option is to buy at more higher prices.. then tick tick tick.. before the next price up - you've been warned, Do Not Follow any of those DGMers fake news out there - Buy Those RE Now! - It can only go up, as the full systems already herded behind it.

The tragedy is, that there is a lot of truth in your sarcasm. Turkeys and Christmas etc.
But it's not going to help. When The States has finished growing $3 trillion at The System; that's what it will end up being, and it hasn't worked, we'll all get to see what's what.

Sorry folks but this will not work.
Fewer buyers means fewer sales and lower prices from mid April
In Auckland and rest of NZ

There is no financial problem:

ANZ down 40.55% since February 21st. Compared to ASX200 only down 30%
is Aussie government going to pay all those investor mortgages at 9 to one DTI?

Australian banks took >$5 billion dollars out of NZ last year. Almost half a stimulus package. One would hope they step up during the crisis and contribute to society. Otherwise, perhaps we should just nationalise them and sell off 49% later in better times.

Anyone notice they were the only one not to cut before the ocr cut?

The risk in NZ is that most borrowers only lock in their rates for a year or two. When helicopter money comes, interest rates will go through the roof. And then you have to refinance. Good luck!

I am wondering how many FHBs are able to get that fixed rates. But congratulations to those existing mortgage owners.

Not that simple, banks will determine who are qualified for the mortgage. It's them who make the call. If there is crisis ahead, I am pretty sure the lending rules will be tightened.

So you're suggesting ANZ will stop lending? The aggressive rate seems to suggest otherwise.

I'm wondering how many of them are able to get mortgage / income protection insurance too.

Biggest boom once vaccine is ready. Everything not just property.

Might depend upon the extent of damage done between now and then.

Wouldn't bet my left bxll on that one, if any money is left in the kitty!

Govt should make banks stop charging Break Fees on loans, as if they can’t afford it! ?

So the RBNZ reduces the OCR in -75 basic points and ANZ, unlike it happened in Australia, decides to not to pass the cut entirely to the customers but instead just about half of it. Wow, thank you ANZ!!!

Heartland bank currently weighing in with 1.99% fixed rate home loans. Not much good if house prices are so high you'd need to sell a major organ just for a deposit :(. Source: https://www.finder.com/nz/mortgages