Adam Perlaky says the long-term strategic rationale for a gold allocation remains. Inflation expectations remain higher, which has historically been good for gold 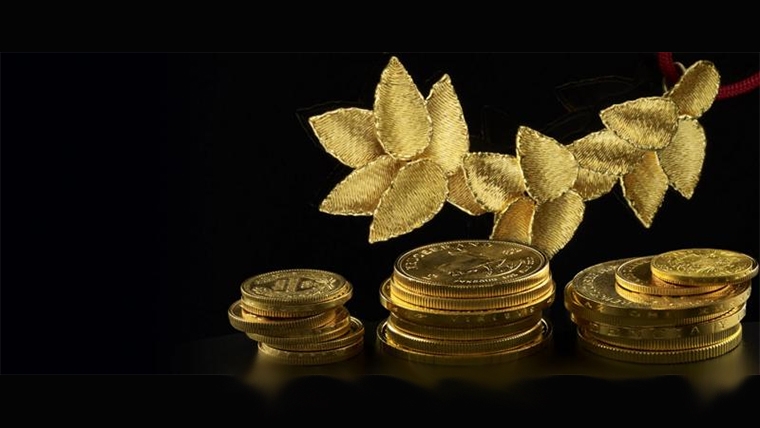 By Adam Perlaky. This content is sourced from the World Gold Council.

Gold’s price has dropped by almost 7% since the end of May.1 Most of the move can be attributed to an increase in interest rates following last week’s US Federal Reserve (Fed) FOMC meeting. As inflation concerns grew, the Fed signaled a more ‘hawkish’2 direction with an expected hike in the policy rate by 2023, earlier than the market had thought.3 In turn, US 2-year rates almost doubled from 14bps by the end of May to an intra-day high of 28bps on 18 June.4

Gold’s reaction is not surprising given that it has experienced higher sensitivity to interest rates over the past year, as we discussed in our most recent 'Gold Market Commentary', and our recent blog: 'Short-term gold performance model: how it works and why it matters'. In addition, investor positioning prior to last week’s Fed meeting indicated that gold had likely become overbought and could pause its ascent or even retreat in the short run (see 'Investment Update: Time to realise gold’s true volatility'), along with an assessment of market positioning as likely indicating that gold had, at that time, become.

Now that a pullback has materialised, the gold options market shows some interesting dynamics forming. Historically, from a volatility perspective, when gold sells off quickly, we usually see the ‘put skew’5,6 increase as investors are willing to pay a premium to protect against further downside. In the selloff over the past week, however, we have seen the put skew decrease or ‘cheapen’7, suggesting investors may be selling out-of-the-money (OTM) put options to gain long exposure to gold at a price they might consider more attractive. They have also been buying more at-the-money (ATM)8 puts, in lieu of downside puts to take advantage of the recent increase in implied volatility,9 as the ATM put prices will likely be more sensitive to price and volatility changes (Chart 1).

By the same token, while implied volatility has risen so, it has so far only done so slightly, moving up about one volatility point to a level of 16 (equivalent to a 16% annualised expected volatility). This is still in line with historical average levels. By means of comparison, during previous similarly sharp downward moves, we have often seen gold’s implied volatility reach levels closer to the 20’s. This could suggest that some of the selloff is being buffered by buyers, some of which may see this as a tactical opportunity but also by investors building strategic positions, as we discuss below.

While investors may still be concerned about further downside risk their positioning suggests that many of them believe the selloff could be overdone and could be using this higher implied volatility to gain long exposure to gold at a more attractive level. 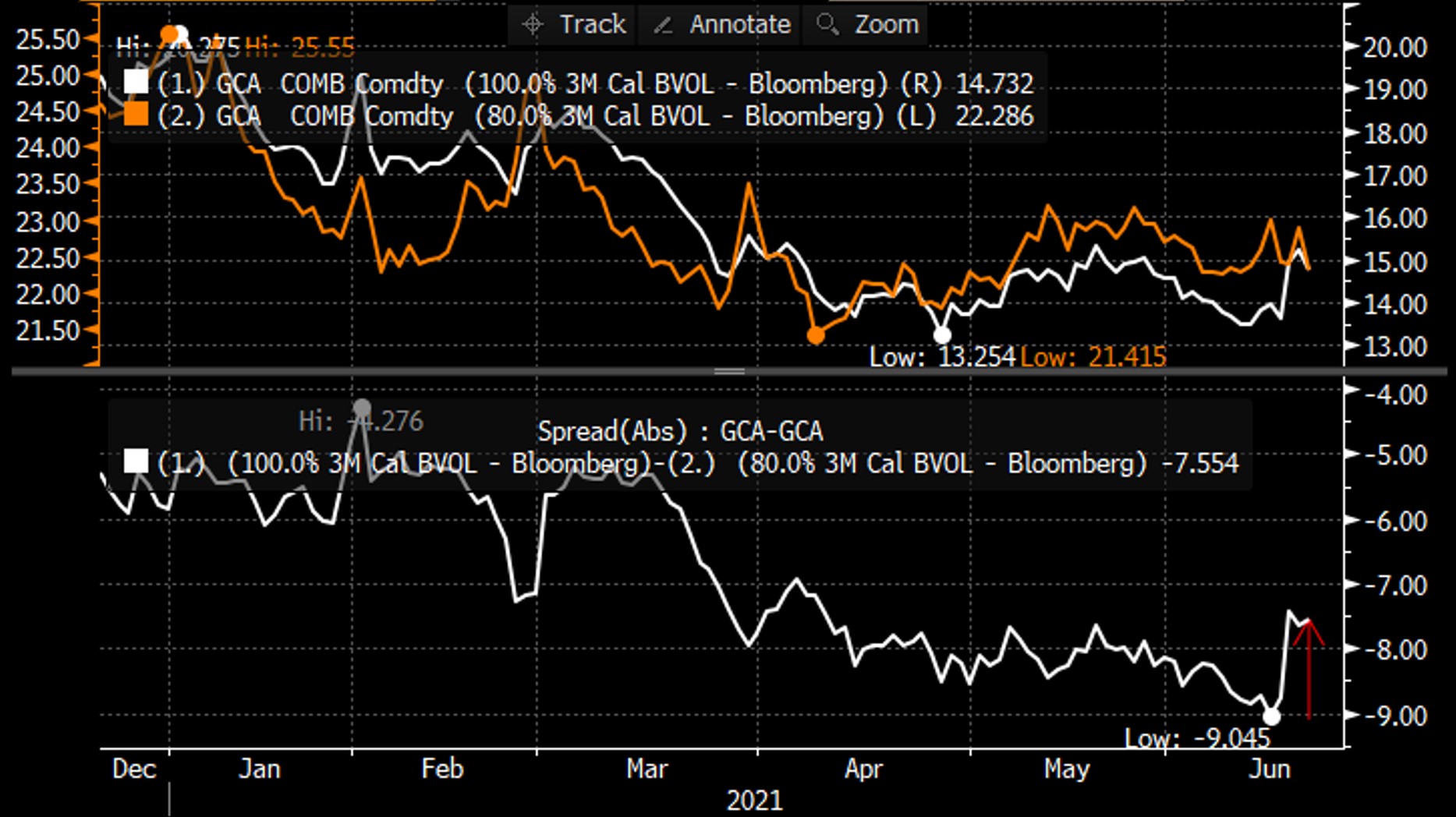 Similarly, we have not seen a meaningful shift in COMEX net longs (Chart 2), which can represent sentiment from momentum traders and often correlates with market moves, although the most recent data came from 15 June, the day before the Fed meeting, with this week’s data being released on Friday, 25 June.10 Occasionally we see net long positions act as a bit of a reverse barometer in terms of where prices could go, particularly as they become exceedingly long or short. In this instance, there was minimal impact on net longs, which could suggest strategic investors are offsetting some of the momentum of short sellers, or that short sellers are closing some of their positions.

Additionally, while gold fell nearly 7% in June, we have seen positive gold-backed ETF inflows, even as the gold price sold off sharply last week. In particular, North American funds, whose flows often move in the same direction of price and often with larger magnitudes, have actually seen inflows this month - a further indication that investors may be taking advantage of the lower price level to gain long gold exposure.

Finally, we previously discussed the overbought technical indicators prevalent in the gold price in the above-mentioned 'Investment Update: Time to realise gold’s true volatility' which suggested a pending pause or retracement in price, prior to the most recent selloff. Now, the opposite effect has occurred with gold prices now being oversold with the RSI drifting below 30 (Chart 3). Additionally, gold remains in a longer-term bullish trend as long as it holds above the US$1,750 support level. 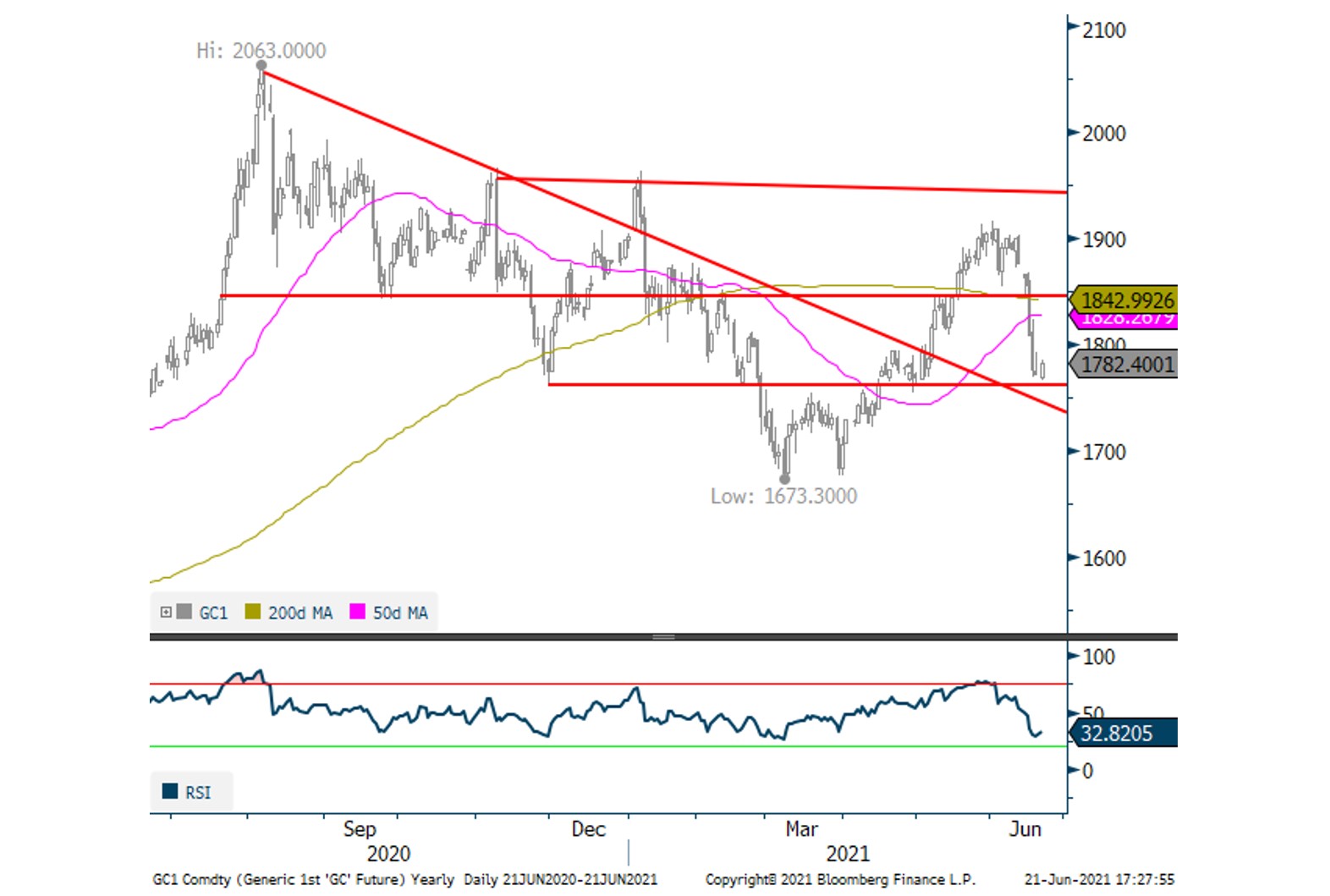 Ultimately, the long-term strategic rationale for a gold allocation remains. Inflation expectations remain higher, which has historically been good for gold with average nominal returns exceeding 15% during times when US CPI was above 3%. And while higher rates may be a short-term headwind, the absolute levels of those rates are still extremely low – for example, the 2-year US Treasury rate remains well below historical levels. In addition, longer dated rates such as 10- and 30-year US Treasuries have held steady suggesting investors adjusted their short-term expectations but not their loner-term expectations haven’t changed as much. Finally, gold has very much tracked money supply globally over recent years, and with many countries committed to additional monetary and fiscal stimulus, this could continue (see 'The relevance of gold as a strategic asset').

Our analysis suggests that gold plays a strategic role in portfolios. Understandably, investors may overweight or underweight strategic positions based on market developments. And gold market positioning suggests downward pressures may still remain, some investors are also using the recent pullback as an opportunity to strengthen their core position.

2A 'hawkish' statement refers to comments that signal tighter monetary policy in the horizon by either increasing interest rates, reducing quantitative easing measures or equivalent actions

3Based on Fed Funds futures and their dot plot moving out two years. Current probability of a rate hike is 29% in the next year, and nearly 100% by 2023.

4Based on Bloomberg's US Generic 2-year Government Bond Index.

6Out-of-the-money (OTM) options are those that are struck at a distance away from the current price of the underlying security. For instance, a 95% or 105% strike option is an option that is 5% below or above the current strike price.

7The terms “rich” or “cheap” are used to describe a set of options, volatility or assets that, when compared to a like set, are either more expensive or less expensive on a relative basis. These terms can also be used to highlight comparisons versus historical averages or periods.

8At-the-money (ATM) options are those that are struck near the current price of the underlying security.

9Implied volatility refers to how much the market believes the price of gold will move over a given period.

There was a time when you could trust the valuation of things. That is not this time. Not while Reserve Banks pick winners.

Imagine the uproar on here if interest dot co dot enzed featured an article written by someone on the World Bitcoin Council! Thankfully it will never happen, because Bitcoin is completely decentralised and the supply can't be controlled (manipulated) by a central governing body. This is why Bitcoin is disintermediating gold.