The World Gold Council's updated monitoring of central bank gold activity shows they sold more than they bought in January. Most activity is by the central banks of autocracies

Personal Finance / analysis
The World Gold Council's updated monitoring of central bank gold activity shows they sold more than they bought in January. Most activity is by the central banks of autocracies 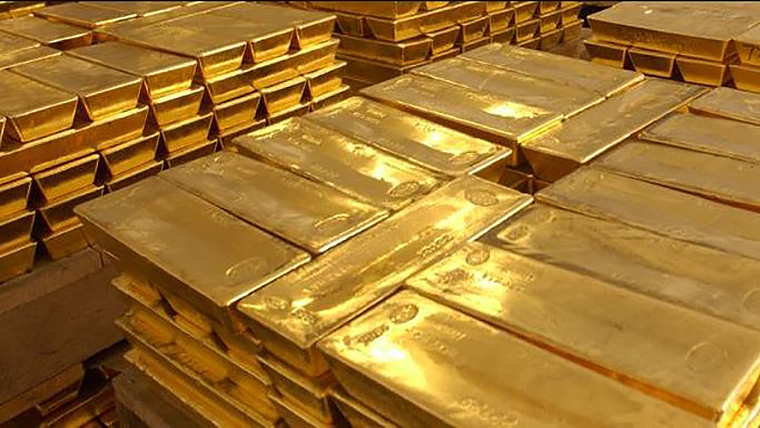 Following a strong 2021, in which central banks accumulated 463t of gold, we’ve released the first set of central bank gold reserve data for 2022.1  Available data shows that global gold reserves fell by 12t in January (Chart 1). On the face of it, this is a continuation of the switching between net purchases and sales we have seen in recent months.

*Data to 31 January 2022. Note: Japan’s reported 81t increase in its gold reserves in March 2021 has been excluded as this was the culmination of an off-market transaction between two different divisions within the Ministry of Finance.
Source: IMF IFS, Respective Central Banks, World Gold Council

The bulk of the decline in January was due to a sizeable sale from Kazakhstan. Its gold reserves fell by just over 17t, taking the level of gold reserves to 385t (66% of total reserves) – the lowest tonnage level since October 2020. Kazakhstan is a significant gold producing country and their central bank has traditionally bought from domestic sources. It is not uncommon for those counties that buy from domestic sources to swing between buying and selling. Other sellers include Russia (3t), Poland (2t), Uzbekistan (1t), and Mongolia (1t). While Poland has been purchasing gold for strategic reasons, and recently announced its intention to buy 100t this year, its gold reserves are, at least in part, actively managed. For example, in July last year Poland sold 2t, seizing on the high price of gold.

Gross purchases totaled less than 13t in January, with one central bank accounting for the majority of this. Turkey bought over 10t during the month, pushing gold reserves back over 400t (25% of total reserves). India made its twelfth consecutive monthly purchase adding just over 1t during the month and taking total gold reserves to 755t. According to the latest data from the Reserve Bank of India, official gold reserves have risen by a further 2.2t m-t-d in February.2 Qatar and Ireland also bought gold in January, of 0.7t and 0.5t respectively, with the latter continuing to represent developed market interest in gold.

But arguably the biggest story so far this year came at the end of February, when the Central Bank of Russia (CBR) announced that it would resume buying gold from domestic producers following tougher international sanctions. The CBR suspended its gold purchases in 2020, since when the overall level of gold reserves has remained largely unchanged. Russia held just under 2,300t of gold (21% of total reserves) at the end of January. There has been no indication given around the scale of future purchases, but we will continue to monitor developments.

Despite January’s net sales, we remain positive on central bank demand overall. Many of the key factors identified in our 2021 Central Bank Gold Reserves Survey remain relevant at the start of 2022 (Chart 2). As we noted in our Q4 and Full Year Gold Demand Trends report, we believe it is likely that central bank demand for gold will continue its positive 12-year trend in 2022, but may not match the strong performance of 2021. Looking forward, the results of our upcoming 2022 Central Bank Gold Reserves survey will be published in Q2, providing an updated look at central bank interest in gold.

Chart 2: How relevant are the following factors in your organisation’s decision to hold gold?

1Our data set is based on IMF data but is supplemented with data from respective central banks where it is available and not reported through the IMF at the time of publication. This data may be revised in our next monthly update should more data become available.

Krishan Gopaul is a senior analyst at the World Gold Council. The original is here.