FMA not keen to embed supervisors in banks like its Aussie counterpart, but sees logic of prudential regulators - IE the Reserve Bank - doing so

Personal Finance
FMA not keen to embed supervisors in banks like its Aussie counterpart, but sees logic of prudential regulators - IE the Reserve Bank - doing so 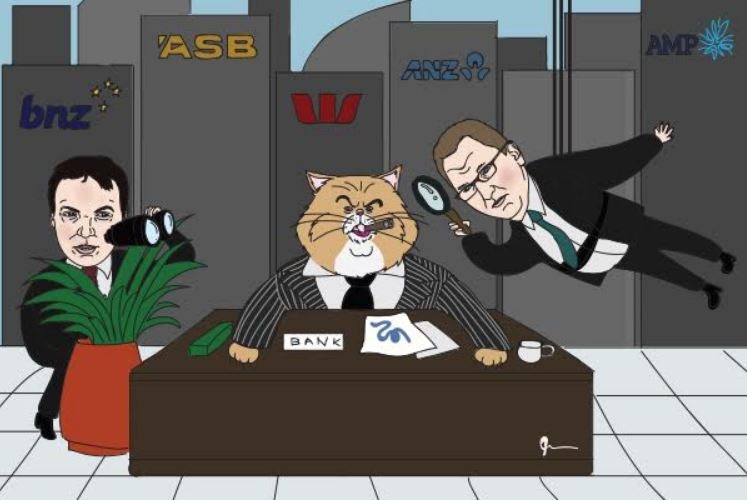 The Financial Markets Authority (FMA) is sceptical about embedding its supervisory staff in the country’s big banks, as Australia’s corporate regulator has been given the power to do.

The Australian Securities and Investments Commission (ASIC) is receiving extra funding to temporarily base teams of up to 20 staff in Westpac, BNZ's parent National Australia Bank, ASB's parent Commonwealth Bank of Australia, ANZ and AMP.

FMA CEO Rob Everett admits he hasn’t given the approach a whole lot of thought in the New Zealand context, but believes there’s a risk supervisors “go native” once they settle into large organisations.

“I know it sounds funny, but you put people into a large organisation full of well-meaning, nice people - I think you are really at risk of them starting to drink the Kool-Aid,” he says, speaking to media at a briefing on the regulator’s 2017/18 Annual Corporate Plan.

“I’m a bit sceptical as to whether people really behave the way they truly mean to behave when they have someone sitting in the office next door who’s a regulator.”

Furthermore, he says the FMA isn’t big enough to embed staff in financial institutions. Rather it is best placed to keep conducting thematic reviews, like the one it’s doing on commissions paid to advisers who sell life insurance.

“Having said that, certainly the US prudential regulators have been doing it forever. The Federal Reserve has 30, 40, 50 people in some of the big US banks,” he says.

“Particularly around the prudential space, I can see some logic about having people permanently in the building.”

The Reserve Bank (RBNZ) is the prudential supervisor of banks and insurance companies in New Zealand.

A change in thinking from the anti-intrusion RBNZ?

While the RBNZ and FMA are visiting banks around the country as a part of their conduct and culture review prompted by Australia’s royal commission inquiry into financial services, the RBNZ has in the past been opposed to on-site visits, let alone embedding staff in organisations.

On-site visits didn’t even feature in an issues paper the RBNZ released in March last year on its review of the Insurance (Prudential Supervision) Act 2010.

At the time, the RBNZ’s head of prudential supervision, Toby Fiennes, stressed in an interview with interest.co.nz the importance of the regulator not becoming as “intrusive” as others around the world.

Despite recommendations by the International Monetary Fund, Fiennes said: “We have always had a philosophical approach that’s sceptical of the value of detailed on-site checking. It’s resource intensive and equally importantly, it can take away from responsibly of management and directors to do their own due diligence.”

Fiennes raised another point about on-site checks in a speech he delivered in 2014: "We believe this can give rise to moral hazard. Detailed on-site inspections reduce the incentives on management, as well as increasing the possibility that a failure will be seen as a 'supervisory failure' and therefore make government bail-out more likely.”

Nonetheless, making reference to the current review, Everett says the RBNZ is starting to work more closely with the FMA, and is taking a greater interest in conduct and behavioural issues.

Interest.co.nz’s Gareth Vaughan shared his observations on the shift in this piece, as did Jenée Tibshareny on Newshub Nation’s panel.

Coming back to the FMA, its director of regulation, Liam Mason, says the “mood” in Australia had “evolved quite quickly” to the point the FMA and RBNZ had to do a conduct and culture review “to maintain trust in New Zealand”.

Everett isn’t sure how much the Royal Commission has uncovered that Australian regulators didn’t already know about.

However he says, “What it did was put it very dramatically altogether out in the public domain such that I think pushed that tipping point of people saying, ‘Gee this is worse than we thought it was’.”

While the enormity of the review has required the FMA to defer a reasonable amount of its work (related to its thematic reviews and “fact finding” requested by the IMF), Everett says it’s worth it.

“We’ve got some real leverage here to go in and have really detailed inspections and conversations that might have taken us quite a long time to do without the burning platform that the Australian royal commission created.”

Cutting through the spin

Everett says one of the challenges with the FMA/RBNZ’s review is getting genuine responses from banks.

Mason hopes that talking to frontline staff, mid-management and senior executives will help paint a clearer picture of what’s going on.

He also hopes getting to different parts of the country, where “subcultures” may form, will help, as will talking to unions that tend to provide a “slightly less filtered view”.

Everett notes the low level of complaints from consumers and whistle-blowers within organisations.

He says this could reflect a cultural willingness to accept bad behaviour, as well as a lack of understanding around where people can go to complain.

He believes giving people a “clearer and easier avenue to have a right old gripe about what they’ve experienced” is necessary, but doesn’t see need for the four financial services dispute resolutions bodies to combine.

The Citizens Advice Bureau and Insurance and Financial Services Ombudsman have called for an amalgamation of the bodies - some of which compete for membership.

But the Government has taken the matter off the table as it’s introduced the Financial Services Legislation Amendment Bill to Parliament.

Rob Everett is absolutely right re the banks. Talking to the people that actually speak to the customers every day is very important. It's surprising how little that happens.

FMA sceptical of investigation....... really ? Why ? Oh, of course that's the position of the FMA, deflect and re-assign... After all....'see no evil, hear no evil, speak no evil' and keep's the blinkers on as long as we can (confidentiality agreements in place - perfect) right... those that know, wink wink, you have a small window to exit....Uncle John was first to exit so please make an orderly panic behind him please... we'll stall as long as we can.

How long is the confidentiality agreement in place between the Reserve Bank and the main lenders, whilst we ignore the issues unfolding over the Tasman with the very same banks? October is apparently when it was suggested that the Reserve bank would have completed their review, is that still an expectation and will we get a warts an all appraisal of credit risk to households and the banks?.... will the foreign buyer ban be through by then? So many questions about the state of lending practices in NZ and yet no one seems to want to open the 'can of worms' just yet.. Another question..... Why?

What I think the FMA should be doing is 'secret shopping' the banks... see what sales and advice techniques are used and see if they are appropriate. I am not convinced having someone sitting in HQ will really uncover anything.

Many of the points Everette makes have been made on this site by a number of commentators providing feedback (does he read this site?). The problem is how does a regulator effectively restrain an organisation as big as a bank?

Politicians and power brokers tend to listen to the money, while criminal investigators say "follow the money". One of the most salient points in the article that i noted was this one (IMHO) "Everett isn’t sure how much the Royal Commission has uncovered that Australian regulators didn’t already know about.

However he says, “What it did was put it very dramatically altogether out in the public domain such that I think pushed that tipping point of people saying, ‘Gee this is worse than we thought it was’.”"

And I have to wonder if this is why Adrian Orr seems so blind to the banks, he hasn't been able to see the big picture for all the detail. Or has he just been captured by the money? Where did he work in the 10 years he was away from the RBNZ?