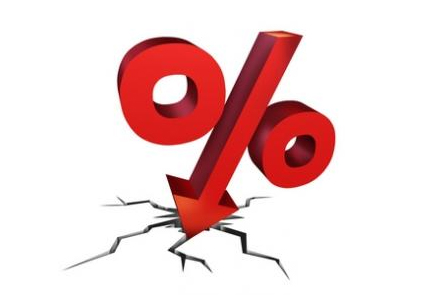 ANZ has launched a new sub-4% mortgage rate as a one year 'special'.

The 3.95% carded rate is still higher than HSBC Premier's 3.85% rate but it is sharply lower than all its main rivals.

ANZ says this offer will only be for a 'limited time' and that is usually just marketing talk to generate borrower urgency. But it might be quite limited this time to might be true and short. Wholesale rates spiked higher in the past week, up +15 to +25 bps in the past week on top of the +5 bps the previous week. But note, the one year rises weren't as sharp, even though they were there. Over the past two weeks, one year swap rates are up +10 bps.

Today's ANZ drop for the one year rate is -20 bps from 4.15%, so in the face of a +10% wholesale cost rise you can imagine the ANZ treasury people will be talking hard to ANZ marketing folks about commercial realities. As ANZ is basically a mortgage bank (more than 60% of its loan portfolio are mortgages), shareholder concerns about maintaining profitability in New Zealand when the parent bank is under strong profit pressure, will be intense. ANZ will only keep this latest 'special' until Sunday, December 2, 2018.

ANZ have also trimmed their uncompetitive two year rate back to the same level offered by their rivals, a cut of -6 bps.

You can see what is behind these rate changes here.

Low interest rates are one thing. But may banks offer cash-back instead of a lower, under-card rate.

Often you are better to take the hard cash (and apply it against your loan balance is recommended) than the discounted rate. But the math is easy to work out. Use our comprehensive mortgage calculator here to do that.

Dont you mean borrowing Davo? One year fixed term too short, then back to mid 4s and higher so not worth switching imo

With the profits they are making they could take that rate down to 3.49% - won't make much difference though as the housing market, particularly in Auckland is right off the boil

Just luring in a few more people to over commit at low rates before being forced to make a correction up to 6% 7% 8%......

Or, as has happened on many recent occasions, % rate fall further, leaving those who 'lock-in' today paying comparatively expensive financing rates?
The chances of rates going either up or down from here is 50/50 ( as any binary choice between two possibilities is). But the probability ( different to 'chance') is for us all to decide. Me? I reckon it's far more probable (60/40?) that mortgage rates will fall from here than rise. But time will tell....

These are 70 year mortgage rate lows bw, you are a bit optimistic they will go much lower. Although dividend and rental yields look better and better as deposit rates drop.

Not really the lower it goes the less chance of a drop. Rates have been static for years now and things are not getting any better, the only way from here is UP.

As I wrote above, 'chance' is 50/50 that rates will go up or down. What we need to ask ourselves to establish our own personal probability of either event happening depends on many more things than "they are at 70 years lows, so they should go higher from here'. If that's what decides it for you, fair enough, but that's not good enough for me.
(Why are they at 70-year lows? My answer is because 'things' are a lot worse than we at the retail level can see. Who in 2008 saw some European mortgage rates going negative ( you were paid to have a mortgage!)? Virtually, nobody and Adrian Orr isn't trying to hold things steady for the fun of it!)

Let's not ignore the facts of low and falling unemployment, higher than expected quarterly growth and annual inflation increase that surprised most. For the ocr to be on hold under 2 percent and forecast to stay there until 2020 is unbelievable and amazingly stable. Long may it last.

Wow Labour must be doing a fantastic job given those unemployment and growth results!

Never mind ...it will all be reported in 'Fake News' with "Fake People" in future.
The latest trend from China...is...almost disturbingly....real.

Got to keep up the high levels of lending so lets reel in a few more suckers! 14300 listing on realestate this morning! At this rate it will be 15000 by. Christmas!
"If nothing else works, a total pig-headed unwillingness to look facts in the face will see us through

Face what facts? That there are more houses for sale? sounds to me like a pretty good reason to lower interest rates to get more business.

Its a marketing gimmick... they are obviously only lending to folks with high equity..

People are not that smart to suddenly pull back, clearly the banks have closed the taps

Jp Morgan and nomura have predicted a 2019 rate hike..

Yes I'm with them, its hike time.Time to put a leash on the property speculation and as the speculators sell up you can call their houses "Kiwibuild" homes ! I recon it could get that stupid.

Has anyone picked up that there is just 4 Auckland results available for this week.. what happened to the spring bounce....

Astute and savvy (property) investors will make sizeable gains in their portfolios from these historically low interest rates.

Others, however, will continue to waste their money on popcorn etc - and complain about house prices.......

Whatever your inclination, enjoy the weekend.

Hahaha.. enjoy your weekend too, just don't worry too much about your portfolio (if any) from deflating..

I see you trying to distract from my main point..

Wonderful news, I just emailed my ANZ banking manager yesterday to reserve a rate for a mortgage which comes up for a rate review beginning of December : )

The RBNZ will have to watch this closely, if the Auckland property market jumps another 100k RBNZ will be to blame for keeping emergency record low rates for too long. Alan Greenspan admitted in the end that he had left rates too low for too long prior to the GFC. As a sideline, our low OCR therefore currency is currently adding about 15 cents a litre to our fuel price.

If they indicated rates would rise inflation would do a U-turn. Housing and fixed asset growth is our "economy" now.

All signs of "Labour doing a fantastic job" according to indo_observer.

Correct Houseworks...much better than the old government don't you reckon?Or are you one of the COSL still crying?

You don't have to ask the question, its very obvious..

It really is man. I'm looking forward to seeing how it plays out.

Good to see a NZX company offering a competitive product and making a very tidy profit. As a shareholder I am very pleased with their progress post-Mike Smith. As a New Zealander I realise rates and KiwiBuilds very slow start will push the housing market along much faster.

ANZ website still lists 4.15% 1 yr special rate on its website. Can someone please link to the 3.95% rate offering?

Great new low rate from ANZ.
Now we wait for Westpac, BNZ, etc to drop their rates to 3.x.
Faster repayment of your mortgage.

Aren't break fees tied to wholesale rates? If so , this may be a unusual situation of no break fees for many ????

Just used Interest's break fee calculator above , and my break fee would be $ 5.

In fortuitous timing, my mortgage drops off a fixed term next week...
This is why short term fixes have been best over the last 9 years - refixing at a lower rate every year.

Keep that bubble inflating, it'll never burst. Don't look at Sydney & Melbourne, nothing to see there.