A market leading offer by Kiwibank comes at a time all banks, especially the large ones, are under pressure to raise vast amounts of new capital over the next few years

A market leading offer by Kiwibank comes at a time all banks, especially the large ones, are under pressure to raise vast amounts of new capital over the next few years 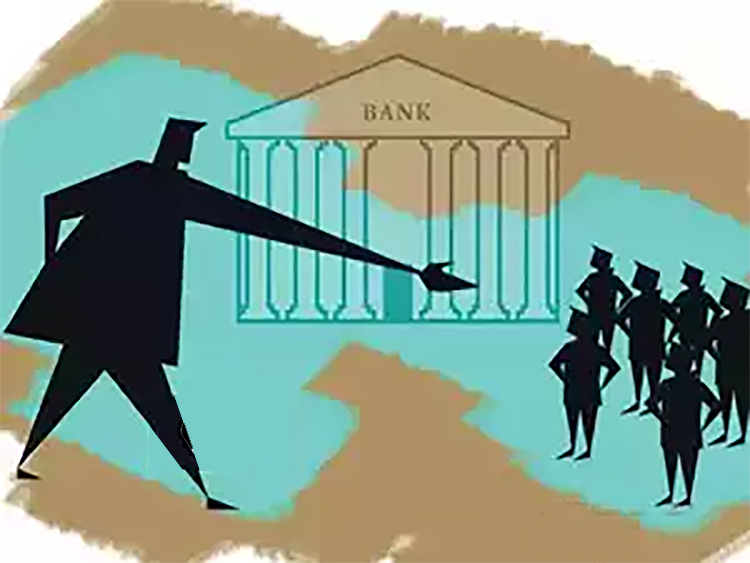 [Important: See note at the end of this story.]

Kiwibank not only kicked off the year with a mortgage rate change, it is one of the first with a term deposit rate change as well.

And Kiwibank has released a 3.55% one year rate that is market leading, a rise of +5 basis points.

Most banks are deposit-funded so these costs are the primary driver of bank margins. And these rates very much limit how low mortgage rates can go. To go lower, that will mean that deposit rates will have to be cut and there are no signs yet that that is imminent.

Yes, wholesale swap rates are low and near record lows at the short end (one and two years). But apart from the four large Aussie banks, no others have significant wholesale funding. And even the Aussie-owned banks have less than 15% of their funding from wholesale sources.

One big and relatively new pressure these big four banks face is the need to raise large volumes of capital. Both the Australian, and separately the New Zealand bank regulators are realising the risks are unreasonable with our banks being so highly leveraged. That means banks will need to raise significant capital over the next few years. Their demand for this will raise their cost of capital, so they will bring new pressures to the market for 'higher rates', whether they be in the equity markets, the overseas "private placement market" or in local wholesale and retail funding markets.

Kiwibank itself also has unusually low levels of loss-absorbing capital, even lower than its Aussie rivals. [See note below.]

To be sure, there is a lot of funding around looking for places to invest, but the scale of what banks will need (up to A$83 bln in Australia, and another NZ$20 bln in New Zealand), this is likely to keep interest rates elevated above where they might otherwise go from the competition effect alone.

Back in the here-and-now, generally Heartland Bank, and Chinese retail bank ICBC, offer the highest rates over most durations. Today's Kiwibank offer is an exception, pushing them to the forefront on a key rate offer.

And rates on offer in New Zealand are significantly higher than those available from the same institutions in Australia.

Rates in the table below are the highest offered by each institution for the terms listed. You however will need to check how often interest is credited or paid. That important factor is not filtered in the above table and rates with various interest payment/credit arrangements are mixed here. However, our full tables do disclose the offer basis.

Our unique term deposit calculator can help quantify what each offer will net you.

All carded, or advertised, term deposit rates for all financial institutions for terms of less than one year are here, and for terms of one-to-five years are here.

Kiwibank has pointed out that this statement in particular: “Kiwibank itself also has unusually low levels of loss-absorbing capital, even lower than its Aussie rivals” is in their view "incorrect and has the potential to be misleading".

They have contacted us saying:

"The RBNZ’s proposal that bank’s will need to hold additional capital will not result in higher rates being paid in funding markets (retail or wholesale). Capital is funding contributed by shareholders – not depositors – therefore, if a greater proportion of loans are to be funded by equity, then all else being equal this will result in less need for deposit funding, and potentially lower deposit rates being offered by banks. Kiwibank’s TD special is to attract further funding to facilitate growth in its loan book, not to increase its capital.

"Capital is most meaningfully measured in relation to the risks it is held to absorb losses from, not absolute balance sheet size. Risk is quantified using the RBNZ’s risk weighted asset (RWA) methodology. At September 2018, Kiwibank’s loss absorbing capital/risk weighted assets (measured at the total capital level) was 15.7% compared to ANZ’s 14.4%, BNZ’s 13.6%, ASB’s 13.9% and Westpac’s 16.6%).  It is worth noting that currently the Australian banks are allowed to model their RWA using internal measures – as a result their capital levels are significantly higher than they would be if they used the standardised approach - for instance the Australian bank’s average risk weight for their residential mortgages is less than 30%, whereas for standardised bank’s it is approximately 40%.

"Note also that Westpac’s currently high levels of total capital reflect it being required by the RBNZ to hold additional capital after being found to have failed to seek approval for some of its internal models used to calculate its risk weighted assets.

"The low level of capital you may have been referring to is potentially from comparing bank capital to notional balance sheet size. Using this method, the “risk” arising from $100m of credit card loans is deemed to be the same as that from $100m of NZ Govt bonds – so while simple, is also an approach with significant limitations. Kiwibank’s relatively lower capital levels when measured on this basis arise from its greater proportionate exposure to residential mortgages, while the Australian banks’ have a proportionately higher exposure to business loans (which are inherently riskier)."

While we accept that "all else being equal [the demand for more capital] will result in less need for deposit funding ..." But while that may be the result, the sheer scale of the overall industry demand for capital may during the process, for some banks, make funding harder to source at certain points in time, putting upward pressure of the rates that have to be paid.

And we note that Craig Ebert at BNZ stated in their BNZ Markets Outlook today: "Yes, the banking capital proposals from the RBNZ promise to put upward pressure on retail interest rates, all else equal" in their review.

We also accept that using the RBNZ RWA comparative, it does show that Kiwibank's capital position is not out of line with the other main banks. And yes, we were referring to the overall leverage situation (so our use of the words 'loss absorbing capital' was technically wrong in the context it was used). While the example of credit cards vs NZ Govt bonds is also correct, no bank in New Zealand has an asset profile as extreme as that so the use of that comparison is not really valid. We do stand by the overall top-level leverage comparison. We think this imbalance is generally behind the RBNZ (and APRA) drive for more capital and a better balance in bank balance sheets.

We are no fan of how the calculation of how risk-weighted assets has evolved, believing banks have essentially taken advantage of weak regulation, using technicalities to hold less and less capital, especially for mortgages, over a period when risks have proven to be low. But that weakens their resilience when the inevitable correction comes - which is why the regulators are requiring a change of course.

The Kiwibank response above is a valid position from a bank point of view. But there are also other views, both by depositors, and by regulators.

We have corrected the potentially misleading use of the words "loss absorbing" in the way we used them. We used them in a general sense, but they do have an important technical meaning and that should prevail. Apologies to Kiwibank for that.

If Kiwibank wants to force play with the Aussie banks bring in a deposit guarantee.

I agree, NZ is one of the few OECD countries without a bank deposit guarantee. Australia's is $250,000 per bank, Canada's in $100,000. Not great considering the RBNZ has told the banks they need more capital over the next 5 years and the Australian property market in already a year into the bubble bursting.

Some form of depositor protection appears to be on the way - https://www.interest.co.nz/banking/96666/consultation-document-next-stage-reserve-bank-act-review-gives-clear-signals-some-form