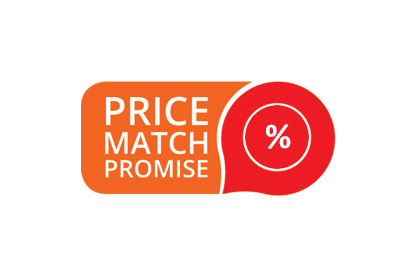 TSB has decided to play the nationalism card.

In a new move, it is committing to match the lowest advertised home loan rate offered by any of the big four Australian-owned banks for a one-year fixed term.

TSB isn't changing its own rate card, but will match any one year fixed rate that is lower that its own. Currently, TSB's carded one year 'special' is 4.05%, so this promise involves a -6 basis points reduction.

Westpac launched its 3.99% rate on January 17, 2019 with a planned expiry date on February 1. Subsequently Westpac has extended its offer "until further notice".

TSB claims the highest customer satisfaction of any bank in New Zealand at 85.3% according to Roy Morgan, and has won the Consumer NZ People’s Choice for Banking award three years running. “It’s time more New Zealanders experience what TSB has to offer and with our promise to match the Aussie banks – now’s the moment,” said Cooper.

But TSB has given itself an out - the price-match only applies until March 3, 2019 making it barely a two week offer (promotion).

TSB talks a lot about its New Zealand roots and its "profits for purpose" philosophy. It is owned by TSB Community Trust who receives dividends of about $12 million per year in the 2017, down from $20 mln in the 2016 year (although in the latest 2018 year, it was only $2.5 mln).

That decline shows the bank has struggled with profitability over the years. Shareholder returns are much lower than its targeted Aussie rivals. In the year to September 2018, it returned 8.2% after tax on the funds invested. The four Australian owned banks achieved an average of 14.5% in the same year. Two factors inhibit the TSB result; it has had historic writedowns from a disastrous bond investment with SOE Solid Energy that the Government refused to bail out. And it holds a fraction more capital than the Aussie benchmarks. Some of that is regulator-induced (and is being addressed by the Reserve Bank finally), some of that is a TSB board choice. Between the two factors, TSB earns about $35 million per year less as a consequence. According to the TSB Community Trust website "our grant making runs into the millions, with over $127 million granted since 1990." In the latest year it made grants of about $10 mln after receiving a dividend of $12 mln. Almost all grants are paid into the Taranaki region.

This matching campaign is aggressive in terms of other initiatives undertaken by TSB, so the two week limit may be understandable.

One year wholesale rates have dipped -10 bps from the start of 2019 (ignoring the volatility of the past few days) and may help hold main bank offers at their current low level.

HSBC is the main beneficiary of low wholesale rates. It offers a one year fixed rate of 3.95%, but they are not part of the TSB promise.

In addition to the above table, BNZ has a fixed seven year rate of 5.95%. TSB no longer has a 10 year offer.

I will repeat my view. The lower interest rates go, the worse 'things' are, and that is not good for asset markets; the local economy or unemployment figures in the longer term ( UE is a lagging indicator, of course) But, hey, if you see it as 'good news' then there's more; much more of it to come on the lower interest rate front..

But for a chuckle, it's not just us!

So the Australian banks collectively take 2% of GDP in profits. If GDP growth is roughly 2% per annum then does that mean we aren’t growing?

Um.. NZdan... maths not your strong point is it? I only hope you are joking.

Yes I was feigning ignorance.

"RBNZ. Take a look outside the window. I’m in the construction industry. You must be asleep.
The oversupply is only going to get worse. Developers started building heavily on sections after the unitary plan changes a couple of years back. That stock is just starting to hit the market.
It’s earthworks season now as well and they're going hell for leather carving up green fields for sections. Definitely no shortage of housing. The price is the problem.﻿"

Don Ha is selling these sections which have been discounted.

If its a strong market and there is a shortage of housing in Auckland, prices don't get marked down.

99% of his client base got wiped out by the FBB, times are tough.

Interesting to see that Mr Ha has the Remax title of 'Revolution Director' - have to say I've never come across that job title before!

This is the new financing solution for owner-occupiers by BNZ - co-ownership. This highlights that the issue is a shortage of affordable housing (and not a shortage of housing). When an owner occupier can only afford to purchase a house on a co-ownership basis, there is something very wrong with affordability.

Many of those first home buyers from the middle & upper class have borrowed from the bank of mum and dad for their deposits.

The lower the interest rates the better, I would’ve thought?
First home buyers should be buying now if they find a home that they like and can add value!
If you are not buying at the moment if you are currently renting, then you probably never will!
Professional investors are also better off as their biggest expense is dropping and should not be worried about the supposed Capital Gains Tax as it is not going to happen!
Winston won’t support it unless he is a hypocrite!
The truth of the matter is that if it did come in, then many investors will do very well out of it!
I will forget about renting property out long term and just start trading, by buying under market value and selling for more.
Might as well as this lot is going to stuff any small time investors, so we might as well be in boots and all!
Should be very interesting!

Isn't March - April traditionally the most competitive time for banks to bring in new customers?

TSB matching the Aussie Banks? But hang on.... that uneven playing field the RBNZ are talking about... how can TSB match the Aussies if they cant use that evil internal models approach to capital?

By taking less profit for themselves

OK, so wait. They go above the line and say they will match the 3.99 rate **but only if you ask** ... why not just change the rate? Why is the int.co.nz table updated to imply they have changed their rate?

I am sure if you asked the other evil aussie banks if they will match, they;ll say yes, so for consistency sake, should the table say 3.99 across the board?