Personal Finance
With future interest rate cuts on the cards is paying a break fee to terminate your fixed term mortgage a good option? 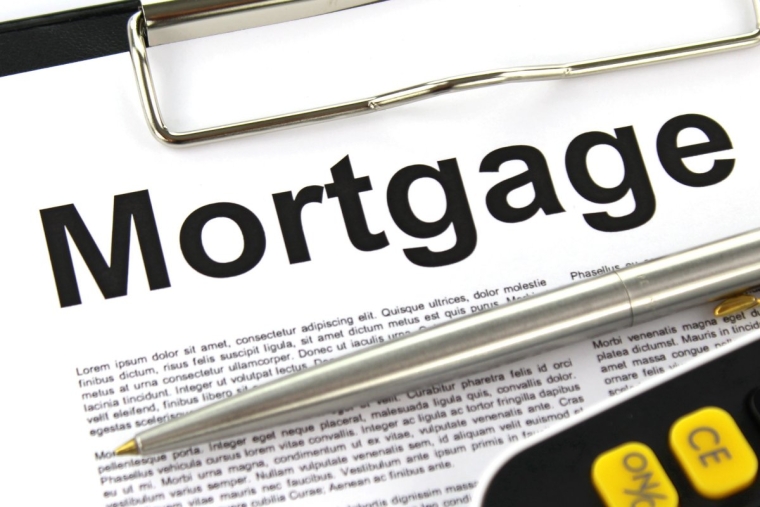 With Reserve Bank Governor Adrian Orr signalling last week that a cut to the Official Cash Rate (OCR) is now a distinct possibility, some mortgage holders may look at terminating their fixed term loans early to get a better deal at a lower interest rate.

But in paying a break fee are you actually getting a better deal? And what are the real costs involved?

Banks will charge you a break fee if you break the fixed term contract of your mortgage. For example, if you have a fixed mortgage for two years and you decide after a year to refinance with another bank, or pay off your loan early, you will probably have to pay a break fee.

Such fees, or early repayment costs, are a bank's way of recovering the interest they expected you to pay over the term of your loan.  Under New Zealand law banks have to allow a fixed rate mortgage contract to be broken. However, they are not allowed to profit from the termination of the transaction and are limited to only recovering costs. (See interest.co.nz's mortgage break fee calculator here).

When interest rates fall borrowers often want to quit a higher-rate contract in favour of a lower interest rate one.

As stated previously by www.interest.co.nz:

“The limitation that banks cannot profit from the transaction sets a clear boundary on what is involved. But bank costs are confidential to them. Most won't supply their cost base generally, although they will offer specific dated details to individual customers.”

But even when rates are rising, there can be reasons to break a fixed rate deal. You may need to unexpectedly sell the underlying property (through a relationship break-up, or to move to new employment in another city or country, for example).

If the interest rates have remained stable or risen since the fixed term loan was agreed to, no early repayment charge will be incurred. But a lender may still charge an administration fee in the advent of early repayment to cover the cost of processing the loan.

Deputy Banking Ombudsman Tina Mitchell says people need to get advice first before they go down the path of terminating a fixed term mortgage agreement.

“It may be a good option if customers can get a better deal at another bank. However, customers need to take into account any early repayment charges. They should read their mortgage contract carefully so they know the implications of taking that step,” Mitchell says. “So we encourage people to get independent financial advice because every situation is different."

“They may, for example, have to repay a cash incentive the bank offered them when they took out the loan. Some banks require the full amount back, while others calculate the amount on a pro rata basis. Customers should also understand that the quoted cost from the bank of breaking a mortgage early is valid for that day only because it’s based on variables that fluctuate from day to day and are impossible to predict.”

“It does happen if someone has to restructure their lending, or to free up some more cash flow, but we don’t really see a lot of it,” Bolton says.

“There’s no real benefit from breaking in the current market because you aren’t going to get a better deal. Most Kiwis are on mortgage rates of between 3.95% and 4.15% so there’s not really a financial windfall from breaking because they are already on low rates.

He says despite the latest comments from Orr, that the Reserve Bank looking at cutting the OCR, there’s a limit to how far banks will cut their rates.

“There’s a floor to bank lending costs. Even if the RBNZ was to cut the OCR it won’t necessarily flow through to mortgages because they have to work to a core funding ratio of 75%. Banks tend to compete quite aggressively with their term deposit rates and it’s a floor for mortgage rates. If term deposit rates drop below 3% what would that do to banks' core funding?”

Bolton says it could lead to people pulling their money out of the bank and looking at other places to invest, and that means banks will only be willing to cut their mortgage rates so far.

“Banks might compete over long term fixed rates because the outlook has deteriorated so much, but what we’re not seeing is low rates in the short term such as one year rates. They are still at 3.99% and they are not budging," he says. “Currently wholesale interest rates have come down following the RBNZ’s recent statements, but because they have to run core funding ratios of 75% the banks still have to be competitive with their term deposit rates. Any reduction in mortgage rates creates a bit of a margin squeeze for banks.

So before you think about terminating a fixed term mortgage it’s worth weighing up whether you will in fact get a better deal and if it’s all really worth it after paying a break fee and the associated administration costs. And just because the Reserve Bank is talking about the possibility of a future cut to the OCR doesn't mean you will in fact be able to negotiate a better deal in the current climate.

John Bolton: "I think the OCR is disconnected from lending rates. The OCR can go down, but mortgage rates won’t necessarily follow.”
We have seen this already, so dont bother dropping the OCR if banks are not passing on the savings.

I think fixed rates will sit where they are and any savings will be passed through the floating rates.

I ended up breaking and re-fixing all of my mortgages to the 3.99% for 2 years offered by BNZ in December. The highest rate I was on at the time was 4.79% for part of the mortgage.

On my owner-occupied house, the savings in interest costs with the new structure were sufficient to pay off the early repayment penalty in 3 months, so then there are 21 months of pure savings after that - instead I kept my payments the same and increased the principal payments to pay the loan off faster.

On my investment property the savings weren't as good - it will take 6 months to pay off the early repayment fee and then have 18 months of savings after. But there's a silver lining to that anyway - since I would have ultimately paid more than the penalty over time, paying the penalty in December up-front in a lump sum reduces my rental income for the 2018-2019 tax year, and so I'll now get a small refund on my tax return.

It was common for borrowers to break terms back in July 2008 to April 2009. But during that six month period the OCR dropped a hefty 6% - from 8.25% to 2.5% with corresponding significant drops in mortgage rates.
At the time I had a home and three rental properties with mortgages breaking terms was common.
The OCR and mortgages currently being so, so low I chuckle when hearing that with possible reductions in the OCR being no more than 0.5 to possibly 1.00% and breaking is a significant thought - you don’t know how good you really have got it now days.
The one important factor I did take away was how break fee conditions varied between banks and how difficult it was to determine this from the loan agreements. At the time we had three mortgages with BNZ and one with ASB. The terms for breaking with BNZ was such that breaking in all three instances was very advantageous, but with ASB the terms were very much more punitive and breaking was not an option. That experience has greatly influenced my current choice of bank from that time.

Choice of bank shouldn't matter now because what banks are allowed to recoup in costs is regulated, as it states in the article. It is likely that ASB were charging you up-front for all, or almost all, of the interest profit they would forgo based on your break request. Banks aren't legally allowed to do that now.

Thats not correct. All banks charge the forgone interest. The devil is in the detail... BNZ arbitrarily changed customers to base charge on wholesale rates, while for a time, ASB were based on advertised rates. I beleive (based on scrawling through the various ts and cs) that all new lending via all main lenders is now on wholesale method. Sometimes this is better, sometimes worse, depending on whether advertised rates and wholesale rates are moving in the same direction and delta.

> I beleive (based on scrawling through the various ts and cs) that all new lending via all main lenders is now on wholesale method.

Thanks for that comment P8. I had a similar experience with ASB. Enormous break fees, which made it not worthwhile. I had assumed all the banks were similar. Good to hear there are better options, I too shall be steering clear of ASB in the future because of that.

All banks are similar. The experience above was from 2008 and at that time there was variance in market.

Banks will offer under 3.99% p.a. but won't advertise that people can usually negotiate a better rate if they are prepared to shop around.

Personally I feel alarmed that a decade on from the financial crisis our economy still only seems to work with cheap credit to fuel an asset bubble.

When did this policy come into effect?
"Under New Zealand law banks have to allow a fixed rate mortgage contract to be broken. However, they are not allowed to profit from the termination of the transaction and are limited to only recovering costs" Some years ago I broke a fixed rate mortgage with The National Bank (no longer in existence since ANZ bought them out) and it cost me $36,000. Surely there was some profit in that amount.