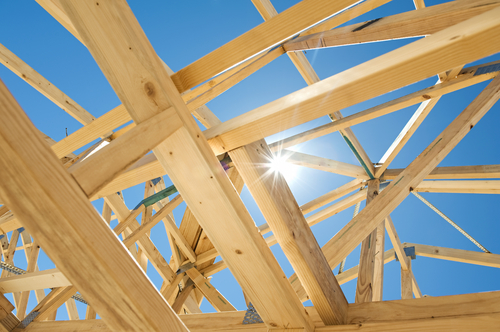 In a rare interview recorded with Radio New Zealand, Wheeler also said there were "a lot of anecdotes" to suggest that the central bank's "speed limits" on high loan-to-value lending were having an impact.

Finance Minister Bill English recently suggested that the RBNZ might be considering exempting new houses from the LVR restrictions in response to concerns from the building industry that the restrictions might constrain new construction activity at a time when more houses are actually needed.

But Wheeler played down the concerns.

“We don’t believe that LVRs are a major impediment for new building. Demand for housing is still pretty strong out there. The cost of building new homes compares favourably to the cost of existing homes," he said.

"So, we will certainly keep talking with the banks - but at this point we don’t see a strong case for exempting new housing.”

Wheeler reiterated that the housing market was suffering from overheated conditions and  this “seems to be spreading” to the point where it was not just an Auckland and Christchurch problem.

“No-one benefits by and large from over-inflated house prices,” he said.

So, in regards to whether the LVR limits introduced on October 1 were having an impact yet, he said: “It’s a bit early to say but the anecdotes say that they are. But that will come out in the data in coming months if that is indeed the case.

“We are certainly seeing fewer special offers from banks. We are seeing that banks have increased their low equity premia in their loan terms, and they are cutting back lending to those on low deposits. There are fewer people attending some of the open days for example. So there are a lot of anecdotes to suggest they are having some impact."

Wheeler thought, however, that it would take about another three to six months when the relevant data can be scrutinised before know for sure what the impact is.

"So we will be having to put up interest rates some time next year. Our forward guidance in our monetary policy statement suggests that we will be raising the official cash rate by around 2% [by 2016].

"Now to the extent that we can slow down house price inflation and the transference if you like of the demand pressures that feed through into consumer price inflation. To the extent that we can slow that transmission down and the significance of it then that will give us some scope potentially to delay the increase in interest rates that we believe will be necessary to fight inflation and hopefully we won’t have to raise them by quite so much."

Wheeler reiterated that a strong New Zealand dollar close to historic highs [though it has weekend in recent days] was a difficulty for the RBNZ in terms of raising interest rates. Rate rises would  put more upward pressure on exchange rate "and damage our traded goods sector and we are quite concerned about that risk".

In a rare interview recorded with Radio New Zealand, Wheeler also said there were "a lot of anecdotes" to suggest that the central bank's "speed limits" on high loan-to-value lending were having an impact.

LOL - strong armed into doing so by those paying the piper, I bet.

So who are these "paying the piper"?  everyone Ive seen as a vested interest has tried to stop it.  Ive not seen any vested interests saying yes do it we'll make a killing.
regards

Yep, but cheaper and less disruptive than a rate hike.

Don't give up the day job - you would definitely starve in the real world.

And look at the premiums the banks are charging for the low LVR loans.  Nothing more for the depositors but plenty more for the lenders.
http://www.interest.co.nz/borrowing

“No-one benefits by and large from over-inflated house prices,” he said.

The problem is under the current ideology, all market participants are rational, have complete and equal access to all information and markets are always in equilibrium ie a bubble or mania is impossible. Any reading of history shows this to be preposterous. Have a market by all means but don't pretend it's rational or equal

Graeme Wheeler was the very same person whom concluded his latest written article with an opinion that NZ needed to increase housing supply to help avert a bubble scenario. Seems a little contradictory that he doesn't see the need to make exemptions in that area.

He did say why he didnt think so I believe.
Too late on the bubble anyway....we are already x2.

I am inclined to agree. Wheeler's justification for pulling the LVR lever was protecting the stability of the banking system. Noone put him in charge of housing policy but now he has assumed the job he cant stay hands off.He is going to have to have to get involved to stop one part of his actions interfering with his overall objective. The only way to stop house prices rising  is to create more of them. That means builders and developers need presales or they cant get finance.Best way to achieve that would be to let home buyers get into a new build with a smaller deposit.
Next best way would be to restirct  non residents to only purchasing houses which had not yet been lived in.
Those two things together with local and central govt doing more to get land released and permits issued faster should encourage house building.

Wheeler was wrong to interfere with the ONLY TRULY FREE  MARKET IN NEW ZEALAND in the first place , because it distorts the free market mechanism .  Auckland house price increases were simply responding to the demand and supply dynamic : shortage of houses for migrants and banks with cheap money to lend ( which is a result of the OCR POLICY)
But , Wheeler is right to not give in to demands for exepmtions for FHB's , developers building new hosues , refurbished houses , speculators , and all the other players , as this will result in chaos, and further distort the market
Housing was the only market in NZ and was "Perfect " from a textbook point of view , and there was no reason to interfere in the first place
In economics, a perfect market is defined by several conditions, collectively called perfect competition. Among these conditions are

Boatman- local Govt. restrictive zoning, local Govt. delaying consenting times, local Govt. dictating what extra costs you must pay that are not associated with the cost of development – are all Govt. interference.

There is no perfect market system in reality as we operate within a system that has been set up by rules and regulations (interference).

Adam Smith’s invisible hand, the ‘market’ sets the price etc. is for those that cannot see the present picture let alone total picture (no one can see the total picture), but that does not mean we cannot see general universal truths, like too much of our income in NZ is spent on housing.

As far as Wheelers input, it’s a bit like trying to steer the ship from the engine room, it’s not his fault that that there is no one on the bridge. He is flying blind, and thus has no foresight and that he has to -‘Wheeler thought, however, that it would take about another three to six months when the relevant data can be scrutinised before know for sure what the impact is,’ - wait for 6 months of data to figure out that 6 months ago, ‘Yes they were rocks you hit.’

The only good that might come out of these LVR limits is if it stops those FHB, who would not have survived any interest rate hike, from buying now.

Worse though will be the purchasers who buy off the plan and get locked into a future settlement date where their circumstances change for the worse prior to settlement.

The only good that might come out of these LVR limits is if it stops those FHB, who would not have survived any interest rate hike, from buying now.
Wheeler's been quite explicit that banking system stability ie not imploding from bad debts caused by a popping housing bubble and his concern over FHB being left in negative equity are his primary concerns, not house price levels per se. He was in the US when their market went bottoms up and that is driving his actions. After theinaction of the last indecisive plonker Bollard who was always "waiting" to see what happened, Wheeler's focus on the issue makes a refreshing change.

Shame both National and Labour and now the Greens seem only to want to circumvent the restrictions and keep the property market supported no matter what. Status quo hacks the lot of them.