Nick Smith emphasises 'the importance of the Council concluding' the Unitary Plan process; Says he'd opt for an over-supply of housing over developers securing a monopoly on the market

Nick Smith emphasises 'the importance of the Council concluding' the Unitary Plan process; Says he'd opt for an over-supply of housing over developers securing a monopoly on the market 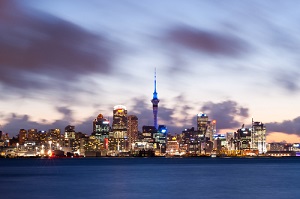 The Government has tepidly welcomed a panel of experts’ recommendations the Auckland Unitary Plan should allow for enough sprawl and densification for 422,000 new dwellings to be built in the next 25 years.

Environment and Housing and Building Minister Nick Smith says he’s reluctant to comment on the details of the proposed plan put forward by the Independent Hearings Panel while the semi-judicial process is underway.

Yet he is assertive is encouraging Auckland Council to either approve or agree on how it wants to modify any of the panel’s recommendations by its August 19 deadline.

The Government’s supply-side solution to solving Auckland’s housing crisis hinges largely on the Council passing the Unitary Plan that’s been five years in the making.

“I just want to emphasise the importance of the Council concluding the process,” Smith told those gathered at a media briefing.

“It is certainly the Government’s view that a failure to provide adequate supply and plans, is at the core of the housing supply and affordability issues that Auckland has.”

Finance Minister Bill English earlier this month said the government could force the Council’s hand through legislation to free up more land for housing if it had to.

Speaking on TVNZ’s Q + A programme, English said that if the Council refused to ratify the plan, the government “would certainly be having discussions” with it.

The Council has until August 19 to consider the Panel’s recommendations and decide whether to accept or reject them.

If it rejects a recommendation it must explain why and provide an alternative solution that is within the scope of submissions made on the 2013 Proposed Auckland Unitary Plan.

The Council may be eligible for a 20 working day extension if it gets permission from Smith.

Nick Smith: “It is far better to over-supply the market”

Smith has refrained from praising the Panel for recommending enough land be freed up for 22,000 more houses to be built by 2041 than projections deem necessary.

Yet he says: “The National Policy Statement that the government has approved, makes plain that it is far better to over-supply the market to get genuine competition in the housing industry, than it is to have a situation where a few developers have a monopoly and are able to extract very high prices for houses. That has contributed to the issue of high house prices in Auckland.”

Nonetheless, the Government in the past hasn’t been keen to ‘over’ over-supply the market, with Prime Minister John Key earlier this month rejecting former Reserve Bank Chairman Arthur Grimes’ challenge for politicians to embrace a 40% fall in Auckland house prices.

"Go and ask the average Aucklander who has got a mortgage with the bank whether they want see 40% of their equity disappear on a sort of notion from an economist that you're gonna crash the market.”

Smith recognises the reality is the construction sector is under pressure and isn’t on track to building as many homes the Panel’s plan creates capacity for.

He says over the next six years, industry has the capacity to build nearly 80,000 homes. Auckland currently has a shortage of 40,000 and the proposed Plan makes way for 131,000 dwellings to be built in the next seven years.

“Over the last five years we’ve had about 20% compound growth in residential construction in Auckland. We’re going to need to keep up that sort of growth… if we are to meet the sort of growth Auckland needs.”

Labour Leader Andrew Little backs Smith in saying “The pressure is now on Auckland Council to do the right thing, and back the recommendations.”

Yet Little is calling for the Government to explain why the Panel removed affordability requirements at the behest of the Ministry of Business, Innovation and Employment and Housing NZ.

“[The Panel] recommended removing the requirement for developments over 15 dwellings to contain 10% affordable houses (report section 6.2.6). It beggars belief the Government asked the panel to scrap affordability requirements when Auckland is desperately short of affordable housing,” Little says.

“Labour believes the panel has done the bare minimum to help Auckland deliver just the number of houses it needs. But by retaining the urban growth boundary and adding more land, it simply risks feeding Auckland’s speculative frenzy.

“Labour would like the panel to have gone further and replace the urban growth boundary with a smarter way of managing the city’s expansion that includes:

Stuff all talk about building standards recently, in all of this. Going by the high density building I see happening, Auckland may look like a dogs breakfast aesthetically speaking by the time all this building work is done, particularly given the number of investors who do the bare minimum of maintenance and developers who have to spend so much on permitting and compliance there is no fat left for high standard materials. Mmm...

Why the hell don't they take some of their own medicine and BAN CHINESE BUYERS?

Government is playing with the patience of the people. Not good.

Government is not Encouraging but bullying Council.

Decide for yourself if it is encouraging or bullying

Something needs to be done. I don't care. For once the doing nothing government of Chong Key is actually doing something.

??? Something is being done, the new Unitary Plan. Do you not read the news ?

Pay the price of government Inaction.

So that action does not have to be taken on Non Resident Buyer - Goes on to show that government will go to any extend to protect Overseas Friends.

A Simpler Tax on Non Resident like Australia and Canada would have helped in controlling along with RBNZ measures and looking into Uniteray plan in a more rational way than under panic and pressure.

Supply is needed but any desperate measure under pressure may prove to be harmful.

The council represents the voters and the voters want a livable city again without the road congestion.
A plan to fit in more houses is stupid when the plan needed is to stop artificially enlarging the population. The city doesn't need more people, it needs to repair the damage done by years of unrestrained artificial population growth.
The financial cost to repair the damage done and get our city functioning again is going to be huge.
The billion dollar interest free loan offered by the government is a drop in the bucket. The stupidity of our immigration policies are going to haunt this country with financial consequences for 30 years.
And that's only if we severely reduce immigration now. The longer we leave it the bigger the bill, the bigger the mess.
I understand that people perceive they are getting rich and a lot of them are. But your selling out your countryman, your children and grandchildren.

I spoke to my elderly father in law last night. Like the other elderly in laws he said John Key has been good for AKL. I asked him what policies he like best . After some spluttering and gibberish all he could come up was that your man got us thru the GFC and house prices were up. After I explained that the GFC period was smoothed over by a massive infusion from Earthquake construction, a dairy blowout (that has now gone pear shaped after your man cheer leaded it to destruction) and massive government borrowings and that the rise in house prices has come at the expense of the Asiafucation of AKL together with the associated roading, health, education and crime (see todays crime figures) issues we decided to talk about the rugby.

Re the govt debt Labour left it at around 20bn when last in power. Seemingly National has raised that without media comment to what is around +$87bn at the end of June.

The emperor has no clothes but the old folk love him. Nimbys might be changing their mind with what is happening in AKL though.

Dont worry you can come and stay on my marae....

The level of most comments above is frighteningly low

The locals are finding their voice.