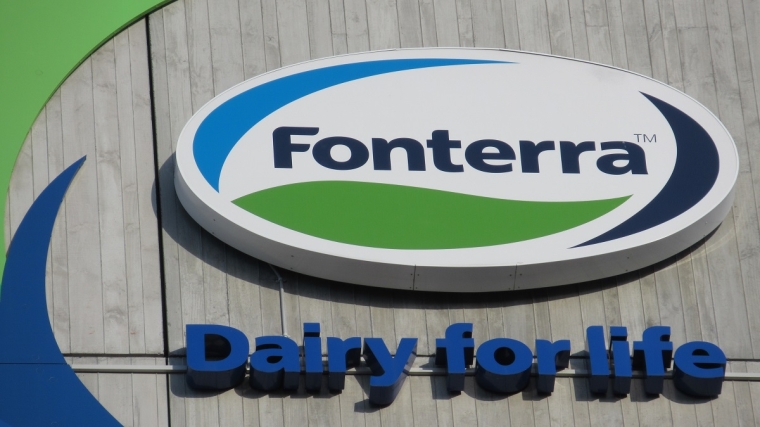 Dairy giant Fonterra's increased the forecast milk price for its farmer shareholders for the current season by 20c per kilogram of milk solids.

The rise, on the back of continued firming global dairy prices, provides a boost to the economy of around $300 million.

These days Fonterra makes its forecasts as a range, rather than a specific price.

The 'midpoint' of the range, which the advance payments to farmers are paid off, has therefore increased to $7.20 per kgMS from $7 previously.

At $7.20 per kilogram of milk solids it would mean the total contribution to the New Zealand economy would be almost $11 billion. 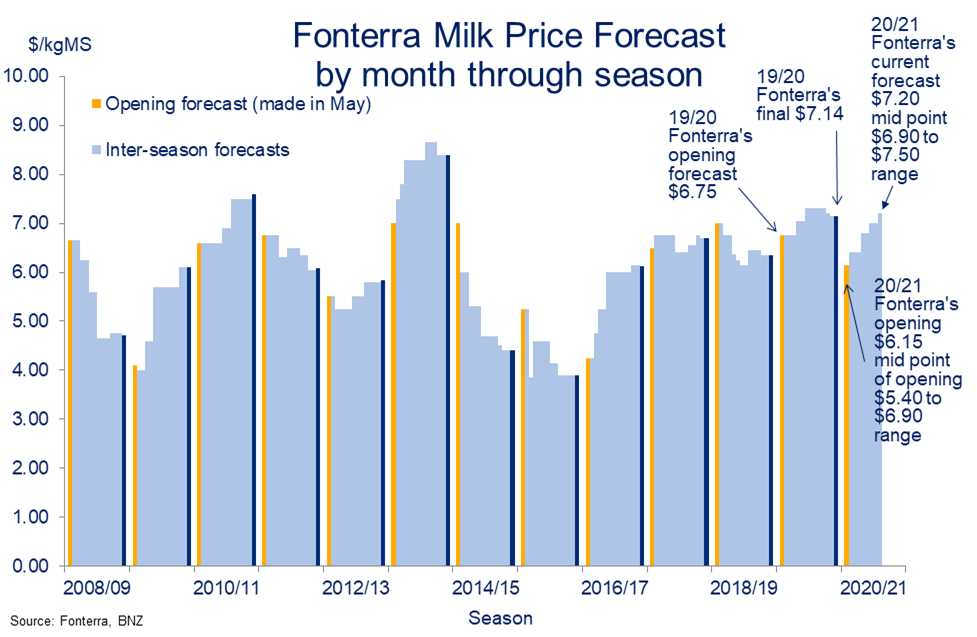 Fonterra chief executive Miles Hurrell said the lift in the forecast price was a result of strong demand for dairy, which was demonstrated by the continued increase in Global Dairy Trade (GDT) prices since the Co-op last revised its milk price at the beginning of December.

“In particular, we’ve seen strong demand from China and South East Asia for whole milk powder (WMP) and skim milk powder (SMP), which are key drivers of the milk price.”

The lift in our forecast price was "good news for New Zealand farmers".

"Now that we’re through the peak of the 2021 milking season, the impact of any changes in global market dynamics is reducing and our view of the season is firming up," Hurrell said.

"However, we are continuing to keep a close eye on a number of factors. These include New Zealand weather conditions, expected challenges from further waves of Covid-19 and increasing milk production in the Northern Hemisphere.”

Fonterra says it will provide more detail on its overall performance and full year earnings guidance when it announces its 2021 half year results on Wednesday, March 17.

But wait, Labour has a better plan... lets vilify the back bone of the NZ economy for a few imaginary brownie points.

Its ok. We are going to all get jobs in Wellington and drive Leafs. Climate change will cease immediately.

While we're at it, we should also shut down the smelter and use the energy to power our EVs. Who needs jobs when we can support our economy by driving to open homes all day in clean cars.

Totally offsetting the rest of the world's pollution

Luckily for NZ, there are many hard-working Kiwis who have/create real jobs and produce real value, notwithstanding the rotten policies of many governments (both Labour and National) and of the RBNZ, hellbent on privileging and subsiding (directly and/or indirectly) parasitic residential housing speculation rather than promoting the real economy.

When dairy farmers are happy, NZ's economy is rosy.

When was the NZ economy last rosy?