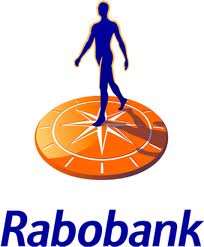 Rabobank NZ's S&P rating falls to AA with a stable outlook from AAA with a negative outlook mirroring the cut to its Dutch parent and Australian sister bank's ratings.

The downgrade for Rabobank comes as S&P issues its ratings for 37 of the world's biggest banks based on its new ratings methodology, which was released earlier this month.

News on whether the big four are downgraded by S&P is due by Christmas. Also see credit ratings explained here.

In a statement Rabobank Nederland, the Dutch parent of Rabobank  NZ, said despite the downgrade its AA with a stable outlook rating was the highest awarded to any of the top 37 global banks by S&P.

"As is the case at Moody’s, Fitch and DBRS, Rabobank remains the highest rated privately owned bank in the world according to S&P. Rabobank views S&P’s new rating as a reconfirmation of its stability and strong creditworthiness," Rabobank Nederland said.

S&P's downgrade of Rabobank comes after another major international credit rating agency, Fitch Ratings, last month placed its AA+ credit rating on Rabobank Nederland on ratings watch negative citing the constraint on the amount and type of capital it can raise in stressful times due to its mutual ownership model.