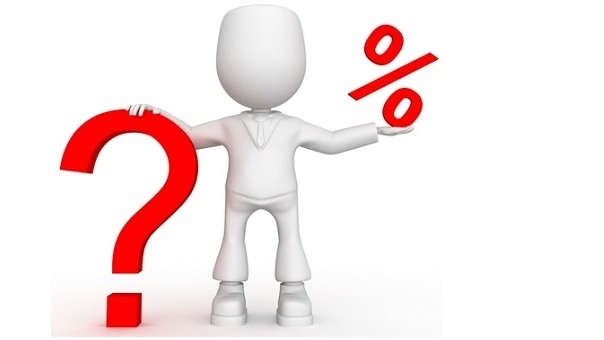 BNZ economists say the Reserve Bank's starting to sound "uncommitted" about another interest rate cut next month, with its latest messages injecting uncertainty about what the central bank will say and do at the next interest rate review on November 13.

The financial markets have generally assumed that the RBNZ will further cut the Official Cash Rate from its current 1% to a new historic low.

In the BNZ's weekly Markets Outlook senior economist Craig Ebert says if the Reserve Bank is not comfortable with the market’s strong pricing for a rate cut at the November MPS, "it needs to be more explicit".

"Otherwise it’s coming across as the Bank starting to hedge its bets."

Ebert says the "latest inkling" that the RBNZ was starting to sound uncommitted to another 25 basis point (to 0.75%) in the OCR had come from release of a speech given on Monday by RBNZ Assistant Governor Christian Hawkesby.

"To be sure, it emphasised inflation, and inflation expectations, as motivations for recent OCR easing. But the speech also reiterated recent messages from the Bank, about August’s 50 point cut [from 1.5% to 1% - where the OCR is now] being a front-loading of stimulus, in a risk-reward type framework. This follows his comments from last week [to global news provider MNI] that he was 'very happy' with the way interest rates cuts are feeding through the economy."

Ebert says that Hawkesby, in his speech, also appeared to warn the markets of not over-listening to Reserve Bank forecasts and messaging. This is in recognition of the market’s bias to predict what the RBNZ will do with its policy rate, as opposed to what the market thinks the Bank should do with it.

"While we appreciate the difference, the fact is that there is no 'market' for discussing what any central bank should do, when risk is managed on what it actually does with short-term interest rates. It’s all very well saying the market should spend more time figuring out what the central bank should do. But what’s the point in devoting resources to this, especially when one can see the central bank is committed to doing something quite different?"

Later this week (Thursday, November 1) will see the release of the latest ANZ Business Outlook Survey. Recent ANZ surveys have seen business confidence plummeting to levels last seen during the Global Financial Crisis over 10 years ago.

Economists will be watching this week's release closely therefore to see if the big interest rate cut by the RBNZ in August is beginning to have a stimulatory effect.

"If the Reserve Bank’s 'stimulus' is to work, it needs to do so besides injecting more froth into house prices," BNZ's Ebert says.

"This is where Thursday’s ANZ business survey will be instructive. It will indicate if respondents are being encouraged by the Bank’s ongoing reduction in its cash rate, nearer to naught. This remains an open question."

Ebert says that without a material improvement in the business surveys, it’s hard to see the economy expanding as robustly as the RBNZ currently thinks it will.

"This couches our view that the Bank will feel the need to keep cutting interest rates," he says.

"In checking Thursday’s business survey, we will, of course, note general confidence levels. How could we not, when it was at 11-year lows in September? However, we will put much more weight, as usual, on firms’ expectations regarding their own activity, employment and, especially, investment. While these don’t denote contraction, they have certainly been running well below par over recent months."

Don't think there is a cut in November, he is better of waiting until things are really going to hit the fan.

So, December then? How much different is the World today...

"....the marked deterioration in the outlook for global growth (has) played a large role in shaping today's decision. Activity in most of our trading partners is now expected to contract or grow only very slowly over the next few quarters. Economic activity in New Zealand will be further constrained as a result, compared with our view in October.

Its a law of diminishing return. The more you cut from this point on the smaller the change in the economy it will have. What you gonna do when it all really hits the fan ? Just hope its turned off ?

it isnt about inflation any more because we had similar rates in the mid 90s and mortgage rates were way higher than now.cutting returns to savers must take a lot of money out of the economy and reduce tax take so maybe that cancels out any stimulus to the economy.borrowers are always keen on some relief so he will be feeling the pressure to keep dropping.

What alot of dribble these bank economists propaganda is!

The cash rate is but one piece of the equation to these money manipulators. Mortgage rates are set by supply and demand, rather than price setters. With Chinese banks stepping into the market, we are finally seeing some competition from past cartel operations.

BNZ werent actually that quick off the mark to change their lending rates when the reserve bank set them last time. Who actually listens or believes bank economists anyway?

I am no betting man , other than the occasional Lotto ticket which I regard as a donation to charity , but if I was a betting man I would chose a CUT TO THE OCR at the next policy meet .

There are a whole lot of very real problems out there , some of which we have never sen before ............its called DEFLATION , and like some diseases there is no quick cure

Firstly , there are signs that PPI is negative meaning that producers are dealing with deflation , almost all non -food commodities are declning in price , so Producer input costs are falling

Secondly there is so much talk of NEGATIVE INTEREST rates right now , and we are actually already there because after tax and inflation , yields on bank deposits are negative .

Lastly , this poses a risk to the Banking sector ............. negative interest rates are a risk to Bank capital , and thats why the RBNZ is wanting larger capital reserves in the Banks .

Call me a nutter , or whatever you like , but we have a looming problem