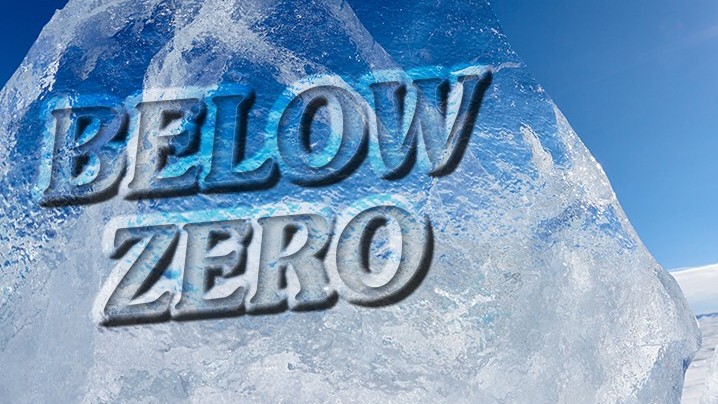 Westpac economists say if official interest rate settings are left unchanged next year this will produce economic outcomes "unacceptable" to the Reserve Bank, and they believe the central bank will still be forced take the Official Cash Rate down below zero.

A string of recent positive economic developments, followed by the decision of Finance Minister Grant Robertson to write to the to RBNZ proposing that the central bank consider the impact its monetary policy has on house prices has been seen by the market as drastically reducing the chances that the OCR will be taken below zero.

Previously it had been largely seen as a given that the OCR would go minus next year, but things such as the rampant recent housing market, plus the $28 billion Funding for Lending Programme just launched by the RBNZ have seemingly reduced the need for an OCR below zero.

"However, we disagree," they say.

"We have run an assessment of what would happen if the Reserve Bank kept monetary settings unchanged next year.

"Inflation would be significantly lower than otherwise and would remain below 2% for much longer. Inflation expectations would drop even further, raising the risk of deflation. Unemployment would remain higher for longer. And the exchange rate would rise into the mid-to-high-70s against the USD."

The economists say these outcomes "would be unacceptable" to the RBNZ.

"The only silver lining would be a slower and more drawn-out episode of house price inflation, but that wouldn’t be enough to compensate for the extra unemployment and risk of deflation."

The economists acknowledged the recent letter from Robertson to the RBNZ asking it to consider excessive house price volatility within its remit.

"But we think that this development will only manifest in a more cautious Reserve Bank, rather than a change away from the Bank’s inflation focus. In other words, we think that the Reserve Bank as it moves to take into account housing as part of its remit will then deliver slower and later cuts in the OCR."

"We have long been of the view that reducing the OCR below zero would be the Reserve Bank’s unconventional monetary policy tool of choice, after the expiry of the one-year commitment to keep the OCR at 0.25%."

However, the economists do say while they still think a negative OCR is more likely than any other tool, they do see other options that "now look like more of a possibility".

"With the exchange rate set to rise much higher than we previously anticipated [they now forecast to US74c by the middle of 2021], adding foreign bonds to the Large Scale Asset Purchases programme (which would directly reduce the exchange rate) is starting to look more like a sensible alternative option. The other advantage is that foreign bond purchases don’t have an obvious “front page” link to the housing market.

"Another alternative option would be for the Reserve Bank to expand the Funding for Lending Programme (FLP) further. The advantage would be that the FLP is already an established tool, so there is less risk of unanticipated consequences. But we are not convinced that increasing the size of the FLP would have much effect on interest rates – it is more the presence of any FLP that is going to cause term deposit rates and wholesale funding rates to come down, thereby reducing bank funding costs."

Nothing like a Bank self interest to come to the fore in putting this piece out. Of course they want RBNZ to go negative, so they can borrow the funds at lower cost and invest them overseas, or increase their own margin in propping up the housing Ponzi.
Since the money is free and the Auckland Council (through absolutely their own fault) is broke, why not just lend it directly to Auckland Council, this will give them a capital shot in the arm, they will spend it on infrastructure projects and keep AT running (it is also broke but not their fault, that belongs to the Council).

With the sole proviso that alongside this the Council crimps the top 20% of its overpaid staff overheads and not one cent of it is allocated to any existing overhead costs.

That way the housing market is not pumped, the banks do not make a profit from it and the Auckland ratepayers get some relief from the penalty imposed on them by poor decision making at the Council.

Really? I thought the banks hated the idea.

Of course they want RBNZ to go negative, so they can borrow the funds at lower cost and invest them overseas

Really? If you seen what is happening with the regional banks in Japan where they've been trying to invest some of the largest pools of private savings (rural farmers) in the world? The regional Japanese banks issues with NIRP / ZIRP has been identified as a huge threat to financial stability globally.

Another outcome would be unacceptable for RBNZ is another 20% increase for housing price next year. Although RBNZ doesn't admit that they are responsible for housing price and affordability. But if 20% increase happens next year, it will bring a serious issue to our financial stability, then they wont be able to deny it's not their responsibility. My guess is that until they implement a tool to restrict cheap money flowing to housing. They will be really cautious to lower OCR. They need to be very careful about every step they take from now on.

But if 20% increase happens next year, it will bring a serious issue to our financial stability

The NZ banking system already has serious stability issues. They're just not obvious to the public and ruling elite.

Are these the same economists that literally just predicted interest rates would rise in two years?

Surely the Reserve Bank is constrained by global rates more than anything else? There's a narrow band where we won't be higher than everyone else (bad for exporters) or too low (which even central bankers are starting to admit has problems). At the moment 'Western' governments can't generate CPI inflation; the question is whether that changes. I think sentiment flipping on even one 'respectable' currency and suddenly pushing their rates up could cause a very unpredictable domino effect; whether we'd be one of the dominoes, I don't know.

That's ironic, given they are brilliant at generating asset inflation. I wonder if there's a link...

Well, yes, the link being that they continue directing cheap money towards those who don't need it and who will therefore stash it in 'assets' rather than spending it on food&etc.

Some could give a Lot...(No Joke)...Millions starving, some do not "flipping" care...

"Inflation would be significantly lower than otherwise and would remain below 2% for much longer." Hmmm might be because asset inflation is conveniently ignored.

Just because the OCR goes negative doesn't mean the banks actually drop rates from where they are now. I mean the OCR can go to -5% but you know the banks are never going to start paying you to take out a mortgage. Still see the possibility of fixed mortgage rates going as low as 1.5% in March next year but cannot see them going lower than that.

Aussies always want their cake and eat it. Westpac is just my least favourite of all my Banks, to do any business with.

Maybe we should just print our own. Then we can say we are" free " of all constraints. I have a Sterling Idea, maybe we should Help Britain out in future and print "Pounds"

Post Brexit, they will need to stamp out the Euro, plus they will need an Ally. Fair exchange, no robbery, if same currency....exchange rate on a par. Maybe we could have legs of lamb same price as in UK superdooper Markets....way cheaper than here, per KG....but killed on the hoof here....See we could have a Saving Grace and perhaps have a two way exchange. Skip Aussie Rules. Go for broke with UK. Maybe get Harry to come and join the National or Labour Party, get him back in the Queens favour.......if we are still in the Common Wealth of all her subjects. Boris would be so pleased too. Exit Euro, pound to a penny, he would be chuffed.

Or even better still give freely with all the Banks and Governments Largesse.......WHO cares what currency it is.......when Dying of Covid..Give a little, you rental mental brigade.

I'd rather have CPI inflation at zero or even negative, than continue to stoke asset price inflation.

Very sensible prediction, RBNZ should bring quickly the negative OCR, leave it for at least 2yrs, then be fair on their FLP, open it for building society & credit union with condition those organisation able to fund for housing supply development, keep the lid on LVR/leave the consideration to put it back as just that 'consideration', more QE with the recent silent memo between RBNZ & govt towards climate change/aka. Insurance co. support. World already envy with NZ lockdown, larger stimulus+subsidy compare to the other four eyes (all blinded by Covid19) - soon world will follow NZ to decisively deal with carbon neutral/climate change cost/coastal erosion by moving inlands to all housing in risky area, carbon free transportation systems, a massive project undertaken - with no bullshit hesitation of printing more money/LSAPs to support it, it's fun, it's easy & it's working.. so far - why stop, while the iron is still hot?.. strike it!