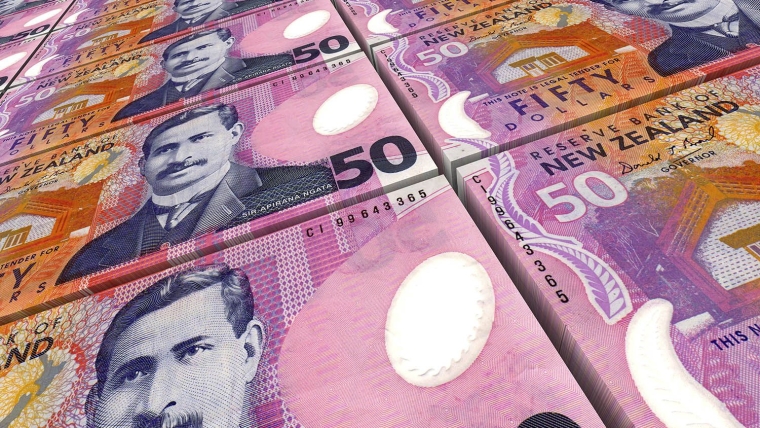 Finance Minister Grant Robertson’s proposal to make the Reserve Bank (RBNZ) consider the impact its monetary policy has on house prices is reducing the likelihood of a negative Official Cash Rate (OCR) in 2021, according to financial markets.

These fell back slightly after Orr responded by defending the actions the RBNZ had taken to reduce interest rates and highlighting the role higher houses prices had played it helping it try to meet its employment and inflation targets.

ANZ strategist David Croy still characterised the market response as “significant”, with the market pricing out a negative OCR in 2021.

While the economists interest.co.nz spoke to acknowledged changing the Monetary Policy Committee’s (MPC) remit to require it to “avoid unnecessary instability” in house prices would make it more difficult for the RBNZ to loosen monetary policy, none revised their official OCR outlooks.

They already did so on November 11, following the release of the MPC’s Monetary Policy Statement.

Bank economists were, a fortnight ago, basically all of the view the economy was performing well enough that cutting the OCR aggressively into negative territory in the first half of 2021 was unnecessary. ASB and BNZ economists even forecast the OCR staying at 0.25%.

ANZ chief economist Sharon Zollner said changing the remit would have an effect at the “margins”, but the MPC’s overriding mandate was still to target inflation and employment.

BNZ senior economist Craig Ebert said a potential change to the remit was largely a matter of nuance. In other words, it would be a stretch to suggest this would see interest rates go one way or another.

“Because in the end, no matter what the remit is, there’s always judgement and discretion [by the RBNZ] that goes into the policy,” Ebert said.

He noted a requirement for the RBNZ to “monitor” asset prices when conducting monetary policy, in accordance with what was effectively the old, pre-2019 remit, didn’t stop Orr’s predecessor cutting the OCR at a time asset price inflation was also an issue.

Ebert said the RBNZ could respond in a range of ways to house prices being included in its remit, including by using macro-prudential tools, like loan-to-value ratio (LVR) restrictions, to tighten back lending.

Sean Keane of Triple T Consulting said, in a note he wrote for Credit Suisse, it was likely the RBNZ would use these tools rather than tighten monetary policy.

“The new policy remit will inevitably deliver a tightening in financial conditions and it will reduce/remove the assumed wealth effect that the RBNZ had been using as part of its current policy stimulus,” Keane said.

“Given that the RBNZ remains a long way from both its employment and inflation mandates that will presumably mean that the Bank will have to seek additional forms of stimulus elsewhere as a consequence of this change.”

Contrary to the economists interest.co.nz spoke to, Keane concluded: “The revived threat of negative rates in 2021 may thus become more rather than less likely because of today's announcement, as the impact of any lowering of the OCR on the housing market can effectively be sterilised by macro-prudential policy whilst still having an influence on the level of the currency and on lending to other sectors.

“An alternative scenario – and one that would reduce the amount of heavy lifting that the RBNZ might have to do - is for the government to deliver an even larger fiscal stimulus.”

Coming back to macro-prudential tools, Cameron Bagrie of Bagrie Economics has been calling for Robertson to enable the RBNZ to restrict bank lending to borrowers seeking to take on high levels of debt compared to their income.

Before Robertson published his letter to Orr on Tuesday morning, interest.co.nz asked him whether he saw more urgency in enabling the RBNZ to use debt-to-income ratios.

Robertson said the process was for him to only consider giving the RBNZ this tool, should the Bank request it.

“There is a lot of heat in the housing market at the moment and the RBNZ looks very closely at the kinds of tools that it needs. And so, if it proposes that [for debt-to-income ratios to be added to its toolkit], it’s certainly something we’ll obviously listen to,” Robertson said.

“I’m open to conversations about the tools they have.”

Indeed, while the Bank of England’s debt-to-income cap is 4.5, with some flexibility for a portion of lending above that, the portion of mortgage lending to first-home buyers with debt more than five times their annual income rose to 43% in September, from 36% a year earlier.

Conditions on Funding for Lending?

Some of the economists interest.co.nz spoke to even suggested the RBNZ could change tack on its Funding for Lending Programme.

The RBNZ a fortnight ago confirmed it would make up to $28 billion of funding priced at the OCR available for banks to on-lend to whomever they wish; with the hope this would help them lower interest rates.

Bagrie questioned whether the RBNZ even needed to implement the programme.

Keane and Kiwibank chief economist Jarrod Kerr said the RBNZ could require banks to draw down on the scheme for non-housing loans.

Robertson back in August and the National Party last week said they wanted banks to be made to on-lend to productive parts of the economy.

Kerr was very supportive of this.

FLP full steam ahead, OCR cut put on hold as a compromise from Orr. I get the feeling Orr's too proud to make any drastic changes which may look like he's wrong.

When inflation is accounted for, real interest rates are already negative.

Money has a time value in the sense that lenders expect a return. Our current situation sees the Time Value of Money as a liability.

A tax free Citizens Dividend paid quarterly would solve many of the problems above - regardless of such a schemes longevity. Employers, Employees and Beneficiaries would stand to benefit - without incurring a sharp increase in rents fostered by a weekly/fortnight guaranteed subsidy.

Was hoping for a 1.75% one year fixed in February.

You might still get it. I think we'll see a separation of owner-occupier refinancing and other types of lending over the next few months, or at least see it strongly signaled.

And, but of course, see an immediate set of clever workarounds and dodges around the now brightly-lit-up Obstacles. As has been and forever will be, especially for those with the munny to employ the sharpest minds and best advisers......

KPMG et co. Part of the problem. Not any meaningful dolution.

"Robertson said the process was for him to only consider giving the RBNZ this tool, should the Bank request it." RBNZ- I cannot use DTI cos govt has not given it me.
Min of Finance- I have not given DTI cos RBNZ did not ask for it. What a farce in washing hands of responsibility. Beats Pontius Pilate flat.
Solution?
Put it on the buffet table. Self-service. Take what you wish.

Hahaha, the system doesn't go backwards. They will find this out one way or the other. Credit fueled asset bubbles need, well they need credit. You don't stall bubbles, they either go or they pop.

Someone gets it, higher interest rates = higher dollar that kills our exporters. After the bit about Yellen.
https://www.zerohedge.com/markets/yellens-appointment-treasury-secretar…

With inflation being a part of the RBNZ's overwatch mandate, I suggest Orr is being a little disingenuous when trying to dodge responsibility of out of control house prices. The RBNZ's approach has been a contributor to out of control house price inflation, with flow on impacts on rents etc. Throwing money at the trading banks and hoping they won't fuel the housing price problem is just plain stupid, when the banks behaviour has repeatedly proven they are driven by self-interest only.

Making Orr responsible for down stream impacts of the RBNZ's actions is both clever and offers an opportunity for Orr to advise the Government on additional actions the Government should be taking to reinforce the RBNZs actions. Economic and monetary policy setting should be working in partnership, and his comment, noted in yesterday's article; “Effective monetary policy is incredibly important for our shared objective of promoting the prosperity and wellbeing of all New Zealanders." ignores an obvious fact, monetary policy is NOT effective if it results in significant financial, and equity divisions and causes or helps to cause out of control inflation in one part of the economy.

Now they want inflation to come back ?

Robertson's re-action. Better late than never or too little too late. I prefer the latter.

Seeing as, for decades, our economic "growth" has depended reducing rates just to stand still it seems likely that any temporary reprieve is an aberation. Talk of rates normalisation is clearly a fantasy. A look at Japan should have been a forewarning.

One has to think whether it is convenient to have a negative OCR in the first place, previous experiences in countries that used this didn't show positive results.

Sooo basically. Lots of letters. Nice statements that make no commitment or action. basically both Robertson and orr doing their best to absolve responsibility for dealing with the credit bubble they have just made worse.

Stop writing bloody letters. There are lots of things you can do. Start now.

Hopefully Mr.Orr & the team will be steadfast, maintain their independent - the market driven gossip is silently being whispered by Banks. Economic uncertainty still a looming threat in 2021, RBNZ must continue with the negative OCR, they've been right all along with QEs/LSAPs, LVR removal, Banks CAR cancellation, TD guarantee cancellation, skip DTItool, when we tabulated all those acronyms. We can see which one is which - it's a clear path to be steadfast with the current moves, they just need to tweak a bit for the FLP this Dec. - to allow it to be funneled into housing provider/supply, as JA has stated.. we need more 'supply'