Influential RBNZ survey shows that even though the central bank has already hiked interest rates to fight inflation, people believe that high inflation is going to be with us for quite some time

Bonds / analysis
Influential RBNZ survey shows that even though the central bank has already hiked interest rates to fight inflation, people believe that high inflation is going to be with us for quite some time 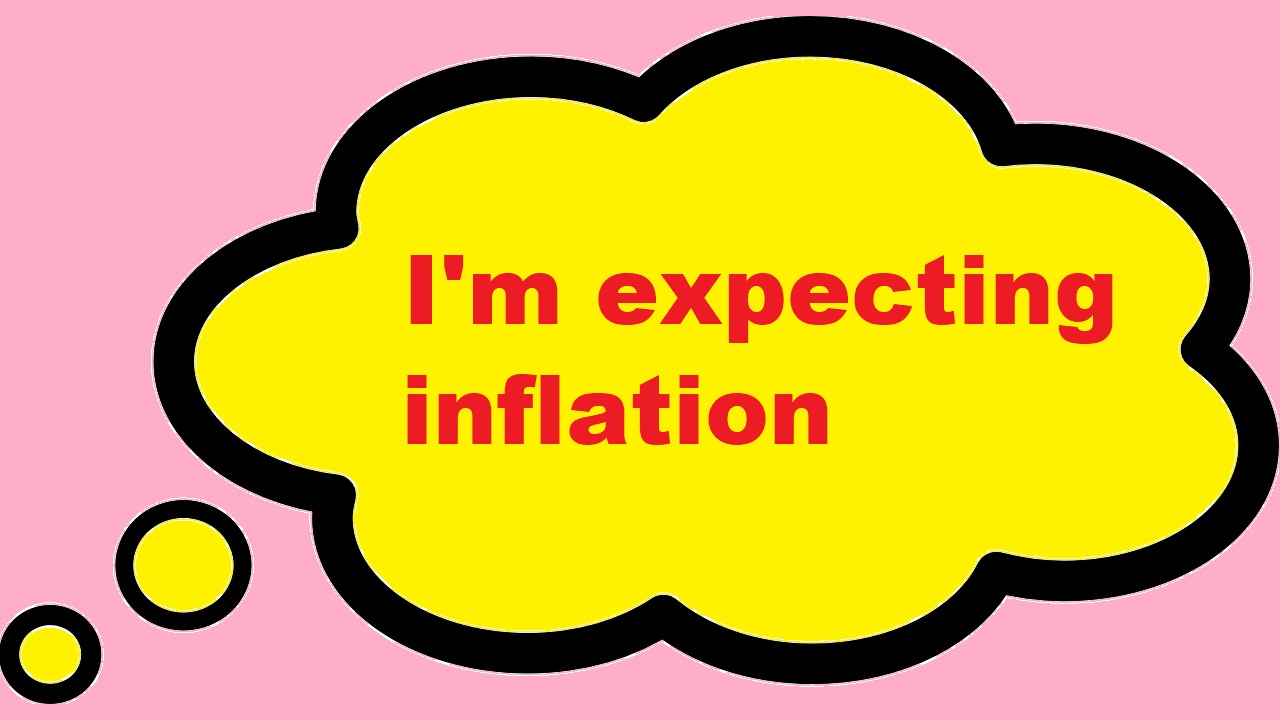 The Reserve Bank might just have received the final push (if it was needed) to raise the Official Cash Rate in another 50 point jump at the next review on May 25.

Latest results from a survey that carries a lot of clout with the RBNZ have shown continued increases in the expectations for future inflation - and that's despite the central bank hiking interest rates by 50 basis points at the last review on April 13. The message that the RBNZ is serious about getting inflation down is not yet quite hitting the mark.

Survey respondents still believe that inflation will be sitting above the RBNZ's targeted 1% to 3% range in two years' time.

The results of the latest Survey of Expectations, carried out quarterly for the RBNZ, would seem to reinforce both the views of the economists and of current wholesale interest rate market pricing that the RBNZ will hike the Official Cash Rate by another 50 basis points in its May 25 review of interest rates. More details of the survey results here.

"Expectations at these very long horizons are typically viewed as a reflection of whether market participants view the inflation target as credible. Consequently, the push higher at those horizons in recent surveys will certainly be a worry for the RBNZ," Ranchhod said.

The data for this report was obtained from 39 business leaders and professional forecasters by the Nielsen group on behalf of RBNZ. Field work for the survey was run between the 21st and 28th of April 2022. So, it does incorporate the impact of the 50 point OCR rise on April 13. Seemingly the 50 point OCR hike has not convinced informed people in the community that future inflation can be controlled quickly.

The key results are as follows:

The RBNZ pays very close attention to this survey and has on occasions been very strongly influenced by the results when making its interest rate decisions.

Perhaps the key point about a survey such as this one is not that survey results end up being 'accurate' as such, but that the opinions of those surveyed represent the thinking of the moment and current views of where inflation is heading. Crucially, If people expect high levels of inflation to continue into the future they behave in a manner that incorporates such thinking - including price setting behaviour. Expectations of high inflation spawn high inflation.

And the RBNZ is striving to knock those expectations on the head.

The RBNZ is charged with keeping inflation in a 1% to 3% range - and it explicitly targets a 2% level. It can and will tolerate actual levels of inflation moving outside of that rage, but generally it wants to see expectations of future inflation 'moored' at around the 2% level.

And so, they were for a long time. But recently they have become unmoored. What that actually tells you is that people are doubting the RBNZ will be able to get inflation back within that 1% to 3% range in future. And that's bad because it means they expect ongoing high inflation. And that expectation could of course become self-fullfilling.

Looking back over the years at the survey results, the expectations of inflation for two years in the future had been no higher than 3% since 1991 - till the last survey, and now the current one. The idea of higher inflation on an ongoing basis is starting to set in.

A key sentence in the RBNZ's statement when announcing a 50 point rise in the Official Cash Rate (OCR) to 1.5% on April 13 was: "The [RBNZ Monetary Policy] Committee will remain focused on ensuring that current high consumer price inflation does not become embedded into longer-term inflation expectations."

And then this: "The risk of more persistent high inflation expectations has increased. The Committee agreed that their policy ‘path of least regret’ is to increase the OCR by more now, rather than later, to head off rising inflation expectations and minimise any unnecessary volatility in output, interest rates, and the exchange rate in the future. The Committee agreed to a 50 basis point rise in the OCR, consistent with this least regrets analysis."

Effectively the RBNZ is aiming to convince people that it will do everything it can to rein inflation back in - so, therefore they should not be expecting high inflation to endure. The question is, how tough will the RBNZ need to keep getting with its OCR moves to convince people?

As stated above, most economists are already picking that the RBNZ will back up the April 50 point rise in the OCR (which took it to 1.5%), with another one of the same magnitude, taking the OCR up to 2.0% on May 25.

A straight reading of the RBNZ statement on April 13 when it made its last OCR review would in fact not lead one to conclude that the central bank had decided to hike the OCR by another 50 points. And it's worth saying that, because a reading of the text accompanying the previous OCR decision in February (which was a 25 point move) would indeed lead you to conclude that the RBNZ was strongly leaning to a double-shot increase at the following review.

However, assuming the central bank had been retaining an open mind between a 25 point and 50 point rise in May, which I think it had, the latest survey results appear certain to have tipped the balance. So, 50 it will be.

Of interest (however, you want to read that word) will be whether these survey results encourage banks to start another round of mortgage rates hikes. My suspicion is that they will. For homeowners the rate hikes are far from over. Some will be feeling the pain already. More will.

Westpac's Ranchhod again: "While the headline 2-year rate [outcome in the survey] was more restrained than it could have been, the RBNZ’s latest expectations survey still points to strong inflation pressures. That’s a big worry for the central bank, as if this feeds into wage and price setting behaviour, the strength in inflation could be sustained for longer, and larger rises in interest rates could be needed. On this front, we’re already seeing mounting upwards pressure on wage demands and output prices.

"Overall, today’s result supports our forecast for a series of rapid OCR increases over the coming months. In particularly, we’re forecasting a 50bp rise at the upcoming May policy meeting (following the earlier 50bp rise in April)."

Worth remembering that inflation expectations are a complete joke. If medicine were economics we would still be doing frontal lobotomies.

Does the paper include deflationary expectations? I.e. they work in the same manner (expectations of price falls don't match actual price falls?)

This kind of inflation is unprecedented, if still RBNZ holds up and does not raise .50 then it's sheer ignorance or corruption.

I'm with you there. Yanks are talking about a .75 increase to attempt to slow inflation.

Don't piss about. We need Shock & Orr to stop inflation dead in its tracks. A 2% OCR hike right now. Otherwise it will go even higher trying to play catch up.

Will not go 2% Beanie, not a chance the people would shit their pants. What it will do however is go 2% in total by the end of the year so you will be more or less right anyway just add 6 months.

ignorance/stupidity oozes from every word. On inflation, just go and look at a chart of inflation going back to the 70s. Corruption? you don't give any explanation for this accusation for the very good reason that's it's stupid.

A few weeks ago, I was not 100% convinced the OCR would rise by 50bps at the end of May.  Now given the 10% plunge in the value of the NZD, which will of course make imported goods more expensive, I think the RBNZ has no choice but to hike by 50bps

I've had the same thinking, but to the point of wondering whether 0.75% could even be on the cards. I doubt it though, just wishful thinking.

I was wondering the same until some price corrections seem to have influenced the inflation figure down nominally. Also "expecting 7%, but got 6.9%, all is good here" mentality.

just to stop the bleeding and get ahead of the fed

being reactionary has huge consequences and this is what we are seeing play out, if OCR was staring to rise 18months ago (like many here called for) we would be in a far superior position across the board.

Fortune favours the brave, and sitting back and fueling a housing and spending boom in the middle of a world wide pandemic is anything but brave and borderline lunacy.

This of course, in the context of recessions, is buying shares. I wish I had money to invest - I'm not brave enough to put it on the mortgage.

The NZD is down 7 cents on the USD since last OCR.  Petrol prices are rumoured to be heading to $4 per litre, if this holds any substance then the rate of increases may need to go up?

So it is not TRANSITIORY - entire last two years, action were taken by RBNZ to print and distribute money as their experts strongly believed that inflation was a joke ......now are they ready for apology to the country as to how horribly  wrong they were.

Adrian Orr says he has no regrets. There will be no apology.

I thought he said he had "no regerts"

as Grant said this is the new normal...what a inspiration.

... didnt some famous Wall Street fund manager say that in 1929 , Irvine Fischer perhaps ... that the Dow had reached a new normal , an all time high ...

2 days later it had collapsed 60 % , and ushered in the Great Depression ..

If businesses claim insufficient workforce then their expectations must remain inflationary....the change in sentiment will likely be rapid (and belated)

The people that do this survey seem to be very conservative IMO. Only 4.8% in one year, that’s a big decrease from now. And last time they said 4.4%, that is in 9 months time. Maybe they think we’ll be in recession soon.

What to do indeed. An ORRfull situation. Continue to punish the overall economy via hyper inflation, or stab the housing sector some more and banks with an continued asset reset.