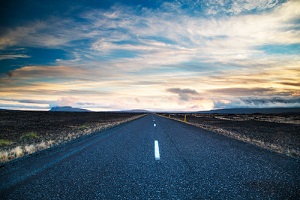 The New Zealand Institute of Economic Research (NZIER) says the economy will remain subdued throughout the remainder of the year, but hasn’t gone so far as to say the "tide’s turned on our economy".

In its Quarterly Predictions released today, NZIER says it expects Gross Domestic Product (GDP) growth to dip close to 2% by the end of the year, before rebounding over 2016. Annual GDP growth is currently at 3%.

It also expects inflation to remain below the Reserve Bank’s (RBNZ) 2% target mid-point by 2018, and believes Governor Graeme Wheeler will make two further cuts to the Official Cash Rate (OCR) by the end of the year.

The OCR is currently at 3.0%, and was cut by 25 basis points in the past two OCR reviews.

The NZIER’s forecast is slightly perkier than Westpac economists’, who early this month said the tide had turned on the New Zealand economy, and we were headed down the same path the Aussies have been on since the end of the mining boom.

In its quarterly Economic Overview, Westpac said it expected annual GDP growth to fall below 2%, unemployment to rise to 6.5%, and the OCR to fall to 2%.

However the NZIER’s forecast isn’t quite as perky as ASB’s. In its Quarterly Economic Forecast released last week, it said our “rockstar” economy was cooling, but we hardly faced a meltdown.

ASB predicted GDP growth to fall to 2% this calendar year, but rebound to 2.9% next year. It also expected the OCR to be cut to 2.5%.

With ASB's chief economist Nick Tuffley having come out earlier this week saying economists forecasting major doom and gloom are attention seeking, the NZIER seems to have taken a position somewhere in the middle.

Dairy passes on baton to other key exports

The NZIER recognises the global dairy price downturn is what’s softening the pace of the New Zealand economy.

“Business and consumer confidence has deteriorated, with the effects most apparent in dairy-intensive regions”, it says.

“The effects of reduced farm income will reverberate through the economy as farmers rein in spending to ride out the poor seasons.”

While the surprise devaluation in the yuan by the Chinese government has raised fears about the true growth outlook for China’s economy, it says the continued rise of middle class will keep propping up demand for our exports.

The NZIER recognises the lower New Zealand dollar is also helping other sectors grab the baton and run with it.

It believes GDP growth will rebound over next year, as the boost from the lower dollar filters through a range of export sectors.

“Tourism is a standout, as more people are coming to visit New Zealand, staying longer and spending more. Meanwhile, demand for other commodities including beef, wool and kiwifruit is strengthening.”

It says strong migration is also boosting the economy, while “construction remains solid, supported by strong house-building demand in Auckland and a pick-up in demand for new office space and industrial buildings.

“We expect this will remain a key support of economic activity through the next five years.”

While the NZIER recognises low interest rates are only adding fuel to the hot Auckland housing markets, it maintains the RBNZ will remain focussed on its inflation target, and cut the OCR further.

“The recent drop in the currency will boost imported inflation early next year, but overall inflation should still remain below the RBNZ’s 2% target mid-point until 2018.”

One Belt One Road (OBOR) could be the global economy's saviour. However, once succeeded, US's geopolitical power in Eurasian area would be striped and replaced.

Tourism may be strong and various commodity sectors may be picking up, but these need to be elements of a larger, value-driven, economic strategy. This means either producing or trading in things to which we can add value.

At bottom, there are only two business choices. Either we aim to reduce someone’s expenditure, which means having volumes of very inexpensively obtained product, though the strategy will tend over time to spiral towards ever-reducing profitability. (Someone else can always do it even more cheaply.)

Or, second choice, we aim to add value, increasing a customer’s expenditure and our profitability. I don’t know which of these the dairy industry has in mind, and suspect it doesn’t know either. And the same failures of strategy hamstring a great number of our primary industries. The failures here reach right back to government policies, funders, capital markets and bankers.

Tourism doesn’t have much room to move in either choice. Few of the locals in any of the world’s major tourist regions are in high-earning roles.

We have an added value society – in education, healthcare, ACC, DOC, etc, even our legal system. These are all substantial social benefits. And because of the predominance of relatively unimproved, easily replicable outputs of our primary industries, we commonly compete with developing countries, which have little added value in their systems. They can certainly always do things more cheaply than we can. Competition in these sectors is thus resolutely asymmetrical.

The only way to fund our society sufficiently is via added value earnings. Neither tourism nor a basket of commodities, important as these are, are going to achieve it.

Cottage industries are starting to emerge again.
A lot of these are value added out of sheer necessity.
More and more people (with purchasing power) are opting to buy quality over quantity.
.
Not sure how big an impact this will have, overall, though.

Cottage industries survive so long as they remain 'niche'. Once it becomes mainstream prices drop. e.g. There are approx 1000 dairy farms in Southland. A few are organic, there is one that delivers milk straight from the farm and there are ice-cream makers who started out small (Deep South). This works because very few people are doing it. If even half (500) of those farms all decided to supply milk direct to consumers, make cheese/ice cream etc the price would fall for the existing suppliers because in order to sell your product in what would be an oversupplied market, price point will become 'your point of difference' if all quality is similar.

Those with purchasing power can choose quality over quantity, but the masses choose on price. At our local supermarket you can't buy Anchor milk in the lightproof bottle. Reason given by the owner is that the area is predominately families and they buy on price. Also as they go through quantities of milk they buy frequently, so don't need it to last long. ;-)

Sadly, I have to agree
Which brings us back to Workingman's argument: we need a value added economy, so the masses don't have to choose on price.
Solely focusing on price is often false economy.
I know it's a vicious circle: can't afford quality, so buy cheaply and badly made, which then needs replacing quite soon, which means you can't save up to buy quality.
Mind you, if we could wean ourselves off being so consumerist, we'd probably be able to afford a lot more quality must-haves.
.
And that segues nicely into Elizabeth Kerr's articles.
.
We do have too many poor, though, too many people in stranglehold of the banks. This includes a whole bunch of farmers, I'm sure....

What we have to do is find ways to bring higher earnings to New Zealanders. How we spend it, price or quality, is up to each of us.

The issue is that our current economic strategies, visible in our major industries, aren't delivering the earnings or, thus, the spending choices. The dairy industry, for example, survives on minimum-waged Phillipinos - good for them, I know, and I don't begrudge them the work, but it's not a great strategy for New Zealand. Plenty of people countrywide live practically hand-to-mouth.

Yes, but economic strategies are tied in with political ideology.
And capitalism has been hijacked by free marketeers, who are forever chasing profit over sustainability.
.
Unless there is a change of thinking, nothing will change.

I would say, DFTBA, that capitalism has been hijacked by those who are most determinedly not free-marketeers. The GFC and its outcomes - which we are still living with - show this pretty well, as do the corporate connivings involved in the TPPA. Profit and sustainability aren't, or shouldn't be, either-ors. Changes in thinking are supported in fora like this.

I agree that profit and sustainability shouldn't be either-ors.
.
And yes, I was incorrect. Corporate influence in the TPPA clearly shows that they do not want the markets to be free, but rather completely controlled and tilted in their favour.
.
But they try their best to disguise this, and shout free markets from the roof tops, while organising they're first in line for government hand-outs and privileged tax regimes.
.
Thanks for pointing this out.

Farming should not have been corporatised as it used to add value to our tourism industry. This government has created an economy built on conflict.