ASB economists say some commentators may be seeking attention by talking down the economy; Cite tourism, immigration & low inflation as positives

ASB economists say some commentators may be seeking attention by talking down the economy; Cite tourism, immigration & low inflation as positives 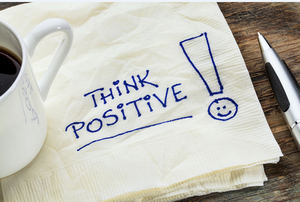 The New Zealand economic outlook isn't as bad as "hysteria" from some commentators suggests, with these people perhaps seeking attention, ASB economists say.

In their weekly economic report ASB's economists, led by chief economist Nick Tuffley, say although the Gross Domestic Product (GDP) growth outlook has deteriorated this year and could be worse than they are expecting, things aren't as bad as some commentators are touting.

"Perhaps some of the hysteria on the NZ economic outlook is a result of commentators looking for attention by touting a more extreme view. But that can be costly. Growth is, in part, a confidence game," ASB's economists say.

They go on to point to a number of positives for the NZ economy, although noting a couple of industries coming under pressure is leaving the rest of the economy more vulnerable.

"But if the rest of NZ loses confidence, and cuts back on investment and employment, a sharper economic downturn can become a self-fulfilling prophecy."

"But in a very short space of time there has been quite a shift in the general tone of commentary/reporting," said Tuffley.

Among this was Westpac chief economist Dominick Stephens. He got a lot of attention earlier this month when suggesting the tide has turned on NZ's economy and we’re headed down the same path Australia’s been on since the mining boom started unwinding.  Westpac's economists predicted GDP growth of below 2%, unemployment rising to 6.5%, and the Official Cash Rate (OCR) dropping to 2%.

And in early July BNZ head of research Stephen Toplis suggested it wasn't hard to envisage a scenario where a recession became imminent. Since then Fonterra has cut its farmgate milk price forecast for the current season by $1.40 to $3.85 per kilogram of milksolids, which is $1.55 below what Dairy NZ estimates the average farmer needs to breakeven.

Against this backdrop, ASB's economists highlight some positives.

"Tourism will likely rival dairy as our largest export earner this year and is continuing to have a stellar run. NZ hosted 3 million short-term visitors in the last 12-months! Population growth is strong (and) these people need food, clothing and shelter. Also remember it’s our relatively strong labour market that is attracting many of these migrants. The Trans-Tasman net inflow is positive and the strongest in 20 years."

"Interest rates are low and likely to fall further. The NZ dollar has fallen sharply and will help stimulate non-dairy exports. Indeed, tourism is not the only export doing well this year. Kiwifruit and beef prices are relatively high thanks to strong foreign demand for these products. For a strong economy diversification is key," ASB's economists say.

They also note ASB's latest Regional Scoreboard shows it’s no longer all about Auckland and Canterbury.

"Both regions held on to their top spots, but only just. Waikato and Bay of Plenty are snapping at their heels. Perhaps a ripple effect of Auckland’s strong performance (or crazy housing market) or NZ’s growth becoming more diversified. Indeed Waikato’s strength sets a good example for this year, it doesn’t have to be all about dairy for the regions."

The ASB economists also argue the Reserve Bank, which cut the OCR at both its last two OCR reviews by a combined 50 basis points to 3%, needs to "convince households and businesses to take a more balanced look at this year’s economic prospects and not to talk ourselves into a hole."

ASB's economists expect economic growth of 2% this year having previously forecast 3%. But they say consumer and business perceptions on the economic outlook have dropped to unwarranted low levels.

"NZ is now at risk of low confidence on the economic outlook becoming a self-fulfilling prophecy."

ASB's economists expect the OCR to be cut by another 50 basis points to 2.50% by year's end.

We hear this sort of white noise before every downturn/recession. ''You are all a bunch of ...(choose one from chicken little, whiner, boy who cried wolf, etc)....

None of which has ever prevented a downturn/recession actually taking place.....

Except , this could be a biggie if the Wheels come off China's huge machine

Now just stop being a whining doomer. We don't want any of your sort around here thank you very much.

Anyhoo to get an idea of how 'Wild West' China's financial markets etc can be, read this and shudder:

'''The head of a Chinese exchange that trades minor metals was captured by angry investors in a dawn raid and turned over to Shanghai police, as the investors attempted to force the authorities to investigate why their funds have been frozen.

Investors have been protesting for weeks after the Fanya Metals Exchange in July ceased making payments on financial investment products. The exchange, based in the southwestern city of Kunming, bought and stockpiled minor metals such as indium and bismuth, while also offering high interest, highly-liquid investment products from its offices in Shanghai and its financing branch in Kunming.

Troubles at the exchange are one of many factors contributing to turbulence in China's financial markets, as a slowing economy exposes the weaknesses of the country's debt-driven growth.'''

Mysteriously we have put all our faith in a Chinese financial system that appears to operate much like a saloon in Deadwood.

And we think this is going to end well how exactly?

GV, The phenomenon you report has been orchestrated by vested interests demanding to have free money and a debased NZD. A case of monkey see, monkey do - as per US, UK et al.

Mind you I am sure the authorities will jump in to reverse today's fall, they can't possibly tolerate falls of that magnitude (but they seem to get less and less good at stopping them).

Yes. I'm sure this is positive for the Milk powder too.

This site is one of the leading ones talking the economy down.
Reality - things can be better in NZ, we all know that, but with the stormclouds brewing being in NZ is a whole lot more comfortable than being in China/EU. Watch for all the unrest that is already happening and will get worse if there is an economic collapse.

I'm not convinced we will be that much better off than other countries... During the GFC we were helped out by a low government debt and high milk prices. Since then National gave tax cuts to the rich to spend on housing and paid for them through debt, the milk price has collapsed due to Chinese stock piling, and Auckland's property market has become a massive bubble. If there is another world financial meltdown I don't think we will cope quite so well.

Lets no kid ourselves , there are the early signs of a stock-market rout emerging as we read this........

Given today's further dramatic stockmarket declines in the region, along with further tumbling resource prices, it would seem head in the sand for NZ not to prepare for tougher times than have been even recently envisaged. It always seems wasteful for a country's resources not to be well used, but for that to be the case will almost certainly need combined fiscal and monetary support. Has our government got the imagination to step up when required?
Fiscal will either likely need to be infrastructure spending, or tax cuts. Monetary should be funding the above without resorting to foreign borrowing, as the foreign borrowing becomes self defeating in terms of the exchange rate.
Whether that is selling bonds locally, or direct funding, could be debated.
Separately some of these solutions hopefully will endeavour to not worsen the ridiculous imbalance we have in terms of very high property prices relative to now imploding inflation and other costs.

Funny comment from a bank economist - who as a profession spend their careers trying to talk up the economy into a self fulfilling cycle, so that people borrow heavily to buy a home.

Rich coming from bankers that were effectively lending you more than 100% LVR when the marketing was booming, and still will lend you money when it's from your 'rainy day'/retirement kiwisaver fund and/or you have also put your relatives security onto the loan bonfire.

Shows you how much they have lost the faith themselves although they needed the RB to step in to stop their own hysteria when it came to irresponsible lending.

New Zealand Steel could be on the chopping block.

'China now makes half the world's steel – 800 million tonnes a year – but its slowing domestic economy has resulted in a slowing rate of steel-intensive projects like building railways and high-rise buildings getting the Communist Party's go-ahead.
China's exports of steel have increased as a result, driving the price in Australia down from $US500 a tonne to $US350 in just 12 months. Bluescope is losing $A200 a tonne on the 500,000 tonnes it exports each year.
"At these prices, it would be more competitive to externally source steel substrate then to continue to operate our Australian and New Zealand steelmaking operations - unless we deliver a game-changing approach to costs to improve their competitiveness," said Bluescope chief executive Paul O'Malley in presenting the company's financial results on Monday.'

Okay so its not a sinking ship , but the Chinese stock market is listing badly , and the rats are getting off the vessel ASAP .

The problem is that unlike the NYSE which is hugely Institutional investors there is likely to be much more emotion driving the in small investors in China , and it becomes a rush for the door

I was expecting to see some heavy shakes after the inventory and insurance loses involved in the port blow up. It'll be an expensive cleanup, and with some chemicals involved being toxic, it will be harder than just shove it in the sea. So there by trade losses, divs will be down so some margined traders might be sweating, insurers will have to be liquidating holdings asap.
Problem with being a mass proxy industry place when a major port goes it hits hard.

Bit like lockjaw
50% of the SSE stocks are in suspension and haven't been trading for over a moth, and can't trade for 6 months, so the fall in the SSE index has been achieved by 50% of the lesser traded stocks

Well seven years of attempting to jawbone the economy UP has hardly been effective, what's the difference?